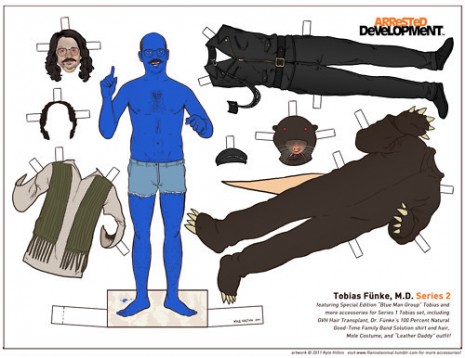 I miss a lot of shows that are no longer on the air, but readers of the site will know that none compare to the tragedy that was the early death of Arrested Development.

Thankfully though, the show was so good, it lives on through it’s fans who keep making awesome stuff like this and remind us of all the best moments from the three short seasons.

Artist Kyle Hilton got the idea to make paper dolls out of a few of the Arrested characters, and so far he’s done Lindsey, George Sr. and TWO Tobaises, because he’s just that cool. Hopefully more will follow, as I imagine this would be pretty easy for Buster and Gob as well.

Check out the other ones below: 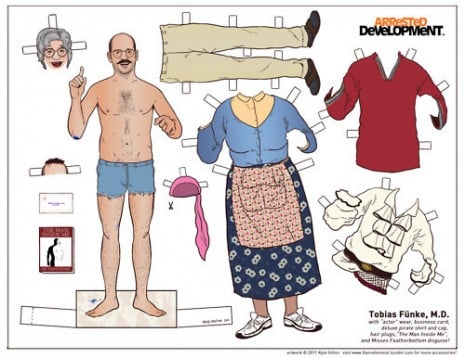 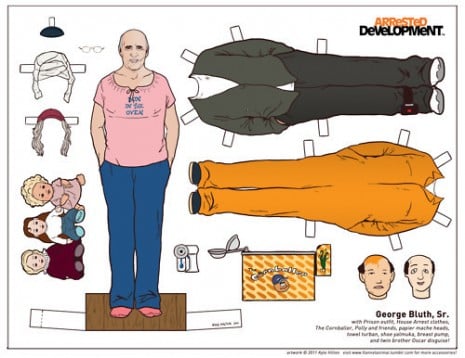 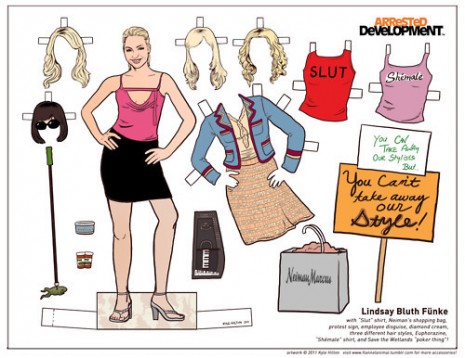 Thanks to Chi for sending this in.