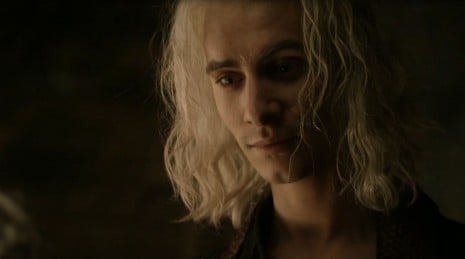 This week’s Game of Thrones wasn’t quite as action packed as last week’s, but to me it was one of the most interesting episodes so far, and it certainly raised the most questions.

Plots are getting more and more complex as political tensions rise in the kingdom, and to top it all off, we finally got our first real major character death in an incredibly excellent fashion.

Notably absent from the episode was once again Jon Snow on the Wall, as presumably nothing important is happening up there as the White Walkers are on holiday. I do expect his plotline to play a significant role next week, or else that’s some pretty poor show planning.

What did happen was the follow-up to the epic Stark/Lannister street brawl of last week, where Ned was crippled by Jaime (well, Jaime’s bitch bodyguard at least), and I’m hoping the damage isn’t going to be permanent and he won’t be limping around for too long. Still, that was a pretty hefty spear through the leg. 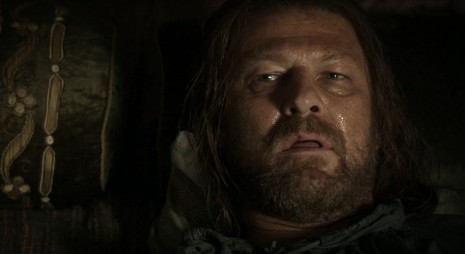 Also not permanent was Ned’s resignation as Hand of the King, which was completely expected. Robert essentially just said “get the f*** over it” and threw him his pin back. I loved the line where he said if he gave it up again, he’d “pin the damn thing on Jaime Lannister.” That got Ned moving again, so to speak.

He carried out some particularly ballsy acts as Hand while the King was out hunting to clear his head. Word had it that The Mountain attacked one of his wife’s people’s village, presumably on Lannister orders, so he took the decisive step of stripping him of his knighthood, and sending out a party to kill him. Additionally, he called for the transport of Tyrion Lannister back to King’s Landing to stand trial for his alleged atrocities against his family. It’s the gutsiest we’ve seen Ned all series, and it was nice to see him take charge and embrace his role for what seems like the first time ever.

Meanwhile, back in the Vale (not “Veil” I’m told), Tyrion tries to worm his way out of their rather bizarre justice system that mainly involves imprisonment in “sky cells” without trial. He bribes a guard to get him in front of  the queen (or whatever she is), and demands a trial by combat, a concept which seems rather ridiculous to me, even in medieval times. So you can commit any crime, and then request to fight your way out of it? And you can even pick someone way more skilled than you to fight for you? Are you serious? 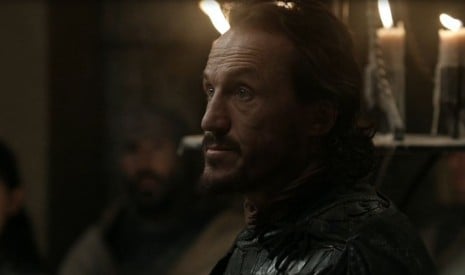 Who are you, and why did you do that?

The battle scene was cool, but I do not understand who Tyrion’s champion was, nor why he risked his life for the Imp. I guess he really liked his stand-up routine about jerking off into his sister’s soup. And after all that, they just let him walk right out the door? Well, some guy unrelated to the crime killed some other guy completely unrelated to the crime, so I guess that settles that. That justice system seems exceedingly strange to me on a lot of levels, and the whole event bothered me. I’m sure there’s going to be more hell to pay, but it was just a very strange sequence.

In addition to kicking ass and taking names, Ned furthers his research into why the old Hand died, and based on an off-hand remark by his daughter about Jauffrey, uncovers something that I postulated last week. Looking through the archives, he finds all Baratheon men throughout history have had black hair (though Robert’s is pretty brown, is it not?) and he now understands why the old Hand was looking for Robert’s bastards to see what they looked like. Hair color is apparently the medieval version of DNA, and so he’s figured out, or is about to, that Prince Smallmouth is in fact not Robert’s son. Who knows when he’ll discover that he’s the product of Lannister twin incest (which has to be the case), but all hell should break lose when that happens.

But how can this ever be proven? Hair color is NOT DNA, and though I’m sure no one in this universe knows what a recessive gene is, it stands to reason that on occasion, a child might have his mother’s hair color. I’m not sure how he’s going to catch the Lannisters in this abomination, but when he does, I can’t wait to see what happens. I’m predicting lots of heads on spikes. 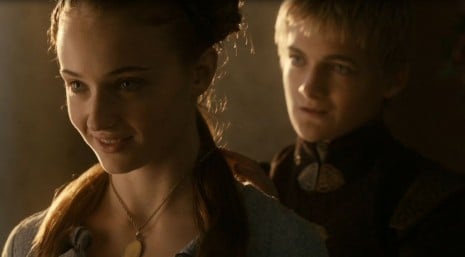 And why was he being so nice all of a sudden?

This, however, wasn’t the only important development this week. We’re back across the Narrow Sea and seeing how Princess Hotstuff is taking to her new role as queen of the savages. In trying to make a dragon egg omelet, she learns that she’s immune to fire because of her “dragon” bloodline. I’m hoping if she cooked it a little more, it was going to hatch, but I’m guessing they’re saving that for down the road.

More pressingly, Viserys is as unhinged as ever, and after being thwarted in his attempt to steal the dragon eggs so he can sell them and buy an army, he stumbles into his sister’s party drunken and threatens to cut the baby out of her unless Khal Drogo gives him his kingship by helping him invade the mainland.

I was rolling my eyes at first when he said they “couldn’t spill blood in their sacred city” as really, the most violent people in the world have a no blood law in their hometown? Fortunately, Drogo was willing to bend the rules for the flagrant public threatening of his own wife and unborn son, and gave Viserys a crown, but not the one he wanted. Molten gold was poured onto his skull, and his sister remarks that he wasn’t a true dragon, or else he would have been immune to the fire. Is molten gold still fire? Is this implying that she and Viserys aren’t actually related, or he just wasn’t “worthy” of the Targaryan name? 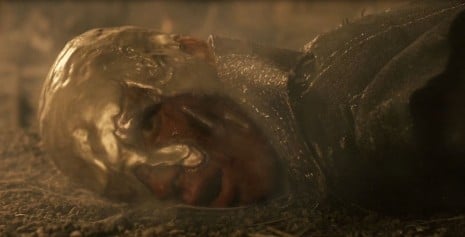 He is dead, right? He’s not going to show up in some later season as “Viserys the Golden Headed” is he?

More importantly, what does this mean now for Daenyrs and the Dothraki? There was a bunch of prophecy mumbo jumbo about her child growing up to rule the world, so does that mean once he’s born, the Dothraki are going to invade the mainland anyway? They’re not content just chilling with their huts and islands and horses and sex parties? Doesn’t seem like the worst life in the world, so I’m wondering if they’re still a major threat. What’s going to motivate them to cross the sea, and how will they do it?

I really do love this show, and not because there’s nothing else on TV worth watching right now. It’s interesting, exciting and most importantly deep, and I hope it’s HBO’s next multi-season classic, something the channel has been missing for far too long.