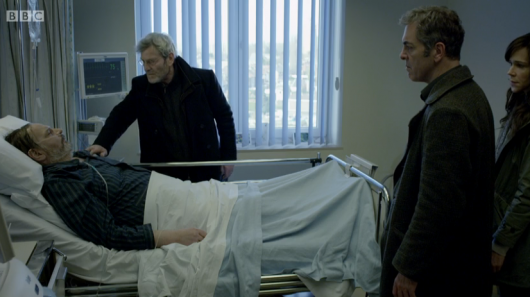 For the past eight weeks the UK has been captivated by The Missing which has given the public a reason to stop politely ignoring one another and partake in water cooler talk, and the last time that happened was years ago with Lost. I was one of those many individuals that was hooked from the first episode and although the show faltered along the way I still hoped that it would pay off. That hope was elevated when I logged onto twitter as I always do when watching the show and saw the BBC promoting the use of #TheTruth, which made me believe that we might get closure for both the storyline and the characters. I’d had a nagging feeling that we wouldn’t, this is a British drama and they tend to leave too many things ambiguous to my liking but I was hoping that The Missing would actually give us #TheTruth, unfortunately I was incorrect. If they had cut the last first and last moments of the last episode the show would have been semi decent but I think the writers decided to be too intelligent, they wanted to keep the mystery alive, they wanted to drive us crazy.

We open the final episode with what seems like something unrelated to the case as per usual, only this time it is set in a playground in Russia. We get to see a figure of a man staring at the children until they get so freaked out they leave, and then we see one of Olivers drawings on a steamed up car window. Could it be? Did he really make it that far? After all this time is he still alive? The only way to find out is to carry on watching in the hopes that we’d receive answers, we’d get some resolution of the story we’ve been mulling over for the past two months. At the end of the last episode the group manage to get hold of a piece of evidence that had been withheld during the initial investigation and it is quickly discovered that it was a sobriety chip belonging to Alain, the owner of the hotel the Hughes were staying at. I theorised that there must have been a lot more to it that Alain kidnapping Oliver, either it was a red herring or there was something much larger going on especially with Zianes being murdered so he wouldn’t talk. I wasn’t left agonising over Alain’s involvement too long, the group consisting of Tony, Emily, Julien, Mark and Laurence arrived at the hospital he is residing in question him. He reveals that he followed the Hughes the night of the disappearance as Oliver had left his scarf, but the alcoholic in him decided to stop for a drink first and go to the swimming pool after he’s finished. We see scenes from the first episode when Tony loses Oliver but this time from Olivers point of view, he sees a fox (his favourite animal) and follows him onto the road and then a drunken Alain hits him with his car. It was quite tragic to see him break down at the sight of Oliver’s mangled body, but then he repulsed me when his cowardice set in and he called his brother Georges to help him out of his sticky situation. 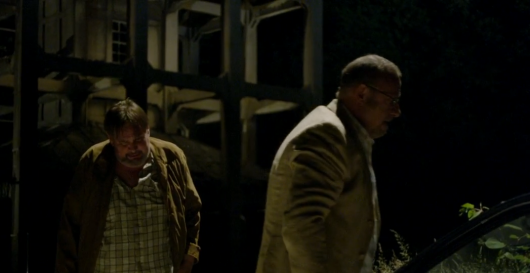 Georges just happens to be the Mayor of Chalons Du Bois in the present day who didn’t want the case reopened, and was actually working on the Hughes case in 2006 which is a bit too coincidental for my liking. I’d have preferred it if he was a corrupt politician who was taking bribes from criminals rather than be the brother of the person who accidentally killed Oliver Hughes. Georges provides Alain with access to the house Oliver was kept and tells him to leave the body there, George will send a Romanian ‘cleaner’ that he has known from the early days of his career. So he is corrupt, just not the way I was hoping. But the drawing?!?! But the video?!?! Neighbours had provided a video and Oliver is still alive! How could that be! Apparently Alain doesn’t actually know how to check for a pulse properly, and Georges didn’t think to take a look and make sure Oliver was dead or if there was any evidence left on his body. I hate it when writers rely too heavily on characters stupidity to get by, Georges is clearly an intelligent man, theres no way that he would have let Alain go without checking the body himself. By the time the Romanian ‘cleaner’ arrived Oliver had woken up and was trying to get free, and instead of taking him to the hospital or calling Georges, the ‘cleaner’ decided to do his job and dispose of the body much to Georges shock.

So after all clues relating to the Romanian crime syndicate and child trafficking the disappearance of Oliver was essentially a tragic accident. This episode pretty much throws away everything we’ve discovered about the disappearance, sure it managed to tie the events with the clues that we had but it seemed pretty forced. I also have trouble believing that Alain wouldn’t have said anything all these years, he isn’t a cold man he just made a stupid, stupid mistake. He’s seen what the Hughes are going through so it doesn’t make sense that he wouldn’t have admitted it earlier, why would he wait till he was on his death bed? Even now we know he killed Oliver he doesn’t seem like a malicious man, he would surely feel some compassion towards the Hughes’ plight right? Very frustrating indeed. Well at least the Hughes eventually discovered what happened to Oliver, although Georges killed himself before he could confirm it or tell the police what he did with the body.

The outcome of the mystery was a bit of a let down but it could have been salvaged by the character development that we’ve seen throughout the episodes. Tony was a mess at the beginning of the series and clasping at any flimsy lead that could possibly point him into the direction of Oliver, but in this episode we see him accepting what happened to Oliver and signs of him moving on. We’ve seen his violent tendencies and he would be forgiven if he indulged in it this episode but he didn’t, he seemed at peace upon the discovery. Emily proceeded with her wedding to Mark and genuinely seemed happy, she discovered what happened to her son and it wasn’t eating away at her anymore, her and Tony had an emotional conversation towards the end of the episode about how they can now finally put the past behind them and move on with their lives. The Hughes aren’t the only ones who seemed to have achieved closure but Julien and his family have too, as did Zianes son. I guess you could say Vincent found his closure at the end, he offed himself like Georges so he wouldn’t have to live with his obscene thoughts any longer, for the first time in years he could be at peace.

If they had just left the ending this way the show would have ended ok, not outstanding as we were all expecting but ok. Instead we have Tony calling Julien and being informed that Georges killed himself before speaking to the police. That gave Tony that sliver of hope that kept him investigating Oliver’s disappearance for eight years, and then we see that the man in Russia that is accosting children is a bearded and more disheveled Tony than we met in 2014. My heart completely sank at this point, Tony was given closure and it was cruelly snatched away from him, he will never give up looking for Oliver unless he sees a body or dies himself. I’m thinking the latter. What makes it even more frustrating is that now I’m questioning whether Oliver is still alive or not! Alain relayed what he was told but Georges never confirmed what happened and even though it is unlikely that Oliver is still alive there is a teeny tiny chance. I’ll be agonising along with Tony for god knows how long now.

I didn’t really have to give you a 1000+ word essay on it, I could’ve just said it was disappointing and left the post at that. The BBC should not have urged us to use #TheTruth if we weren’t going to get the complete truth! The most frustrating thing has got to be the trailer at the end of the episode as the BBC confirmed that there will be a second season but following a new story, so we’ll never get complete closure for the Hughes. No, the most frustrating this is the fact that I’ll probably still watch it in the hopes that the pay off will be better than season one. I guess I’m just a glutton for punishment. Maybe I’ll watch the first seven episodes of season two and make up my own ending.