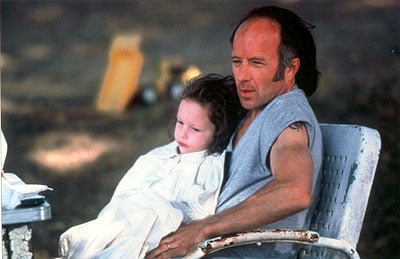 When I was in my teens I saw this cool movie called Plain Clothes.   It’s about this detective who winds up disguising himself as a high school student to investigate a murder his brother was wrongfully accused of.   I think I liked it at the time because A.  It was a highschool movie, and B.  Had this really hot chick in it.

Nevertheless, the star of it, Arliss Howard, is an actor who I’ve never forgotten after seeing that movie.  You guys might remember him as Private Cowboy in Full Metal Jacket.    But the man’s amassed a pretty decent resume with over 50 credits in movies and television.  I happen to like him in everything I’ve seen him in.

So anyway, here’s a shout out to you, Arliss Howard, “that guy” actor of the week.  Catch a clip of him after the jump

One of the best 39 seconds of cinematic history.