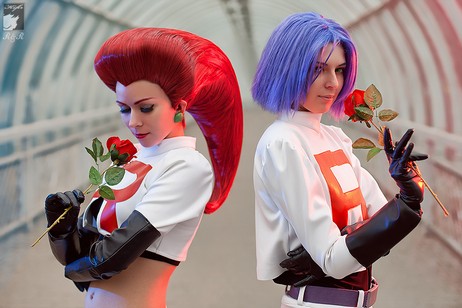 Up there on the left is a lovely girl named Ryoko-Demon. Alright, that’s not her real name, but it’s her DeviantArt alias which I discovered when I was investigating just who was behind that excellent Coco Bandicoot costume from last week. I searched around her page, and found that she had a large number of other great cosplay projects, made and photographed in an extremely professional manner. That got me curious…

We here at Unreality feature cosplayers all the time as they either provide awesome, high quality shots of our favorite movies, shows and games brought to life (as seen above), or they’re absolutely horrific due to lack of time, materials, talent or body shape, and they’re fun to look at for other reasons entirely. But viewing Ryoko’s collection got me wondering how one exactly goes about being a world class cosplayer. I decided to send her a message and see if she might have any answers for me.

Graciously, she replied, and you can check out the interview below, along with a bunch of Ryoko’s other excellent work. It’s kind of fascinating, and I didn’t quite realize that this could actually be an entire way of life.

Unreality: So first off, what’s your name? You’re from Russia and Google translate is telling me Лена Литвинова is “Elena Litvinova,” how close is that? Are you from Russia originally?

UN: What’s your day job? I would presume either modeling or costume design, but hey, you could be an accountant with an unusual hobby for all I know.

RD: I can just tell you, we have a small cosplay-workshop with my friend. We’re making different cosplay stuff on a by-order basis. 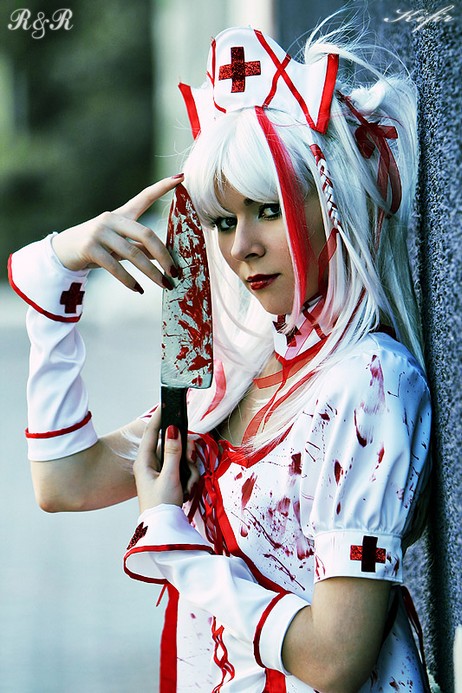 UN: Judging from the quality of your costumes and your pictures, you are by all accounts quite a pro at this. How do you get to be a high level cosplayer? Do you make all your own costumes, and if so, what in your background has given you the ability to produce stuff like this?

RD: I always loved animation in whole, bright colours, characters, plots. And I wanted to create something like that too, but in real life. Thanks to the belief in what I am doing and the persistence I’ve learned how to sew, write scripts for the performances of our cosplay team R&R and many other things. I think, that true cosplayers should make everything for their cosplays with their own hands. Such people inspire my deep respect, and it’s a real pleasure to watch their works. 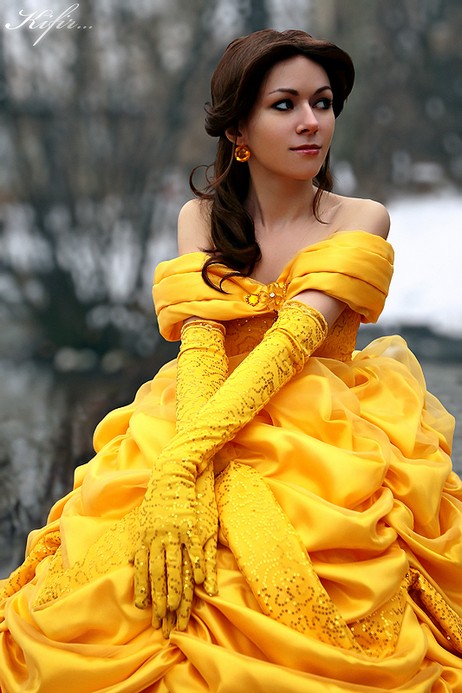 UN: How much of a time commitment is this? Is this mainly just for fun, or can you actually make money doing this if your work is good enough?

RD: It is my life and it’s endless for me. But speaking just about the creation of given characters, it’s always differently, it can take a couple of days or more than a month. 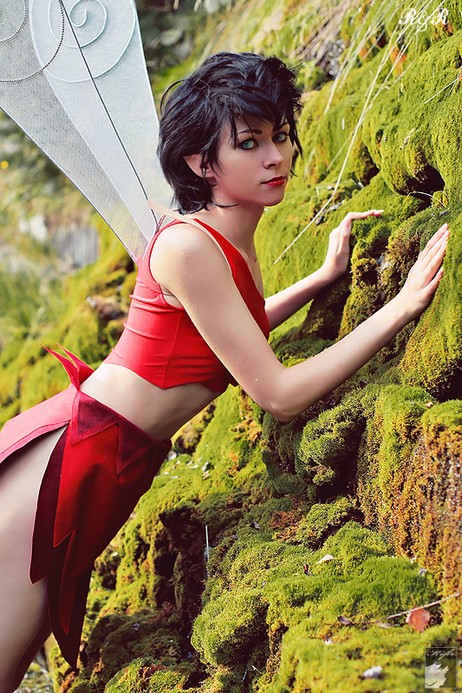 UN: How do you come up with your ideas? One shoot you’re Ash Ketchum, the next Coco Bandicoot, then Belle from Beauty and the Beast, and so on. Do people suggest things to you, or do you just get an idea yourself and run with it?

RD: Actually ideas simply blow up my head. They just keep coming. There are more and more new plans. I really love all my characters and their storyline very much. It is interesting for me to play different roles, open new worlds and create new ones. In fact quite often I do original cosplay. I create new character and design a costume, make up his or her story and then make a cosplay. 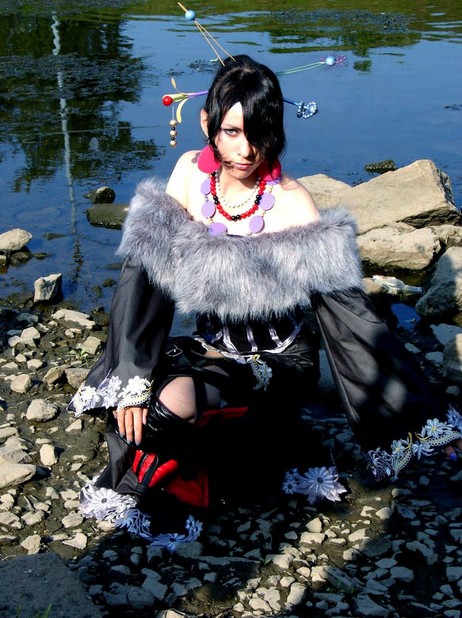 UN: How are your photoshoots organized and set up? Do you work with many photographers, or only a few in particular?

RD: I usually trust only two my good friends and photographers Kifir and Predator. Their amazing galleries you can see here http://www.flickr.com/photos/kifir/ and here http://www.flickr.com/photos/38226685%40N06 Mainly I’m posing for Kifir. He knows my appearance well, knows my best shooting angle. We always think over a course of photoshoot together and beforehand. I tried to work with other photographers, but there always was something I did not like. 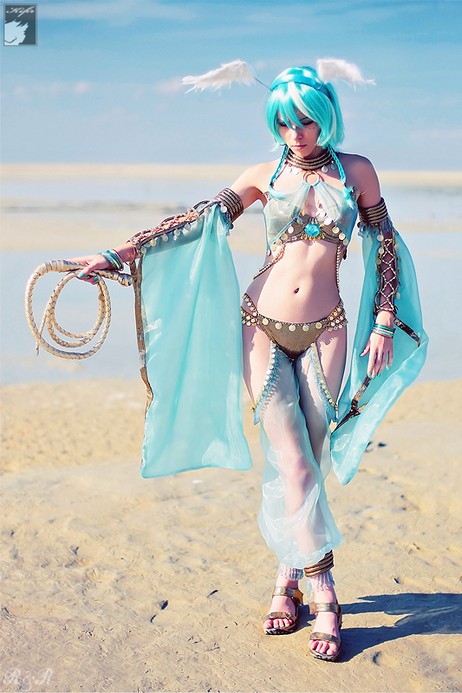 UN: People usually associate cosplay with places like Japan, or more recently the US. You’re from Russia. Is cosplay big there? Are there many conventions and such where you show off your work, or do you just do professional shoots like we see on your page?

RD: Cosplay is really advanced in Russia today. Many cities have several anime conventions a year. There are very many different contests – costume contest, cosplay performances, karaoke, “Para-Para”, fanart contest and etc. Russian cosplayers care not only about perfect external similarity with the character, but also good acting, behaving like the character they cosplaying. And it is very fascinating. Several years ago me together with my best friend Rei (known also as Malro) created a cosplay team called R&R (Ryoko and Rei), there were only two of us, but now we have more than 10 and even 15 people. Every year we make performances, musicals, sketches within different anime-cons all over the country. And sometimes we meet together just to have fun with friends. They are my second family. 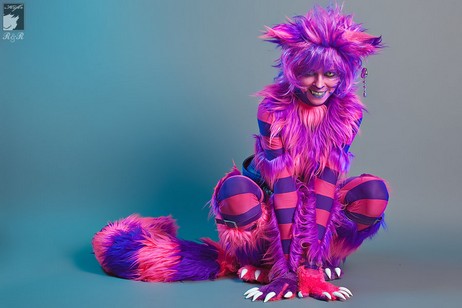 UN: What’s been your hardest project to execute so far?

RD: The most difficult project I think was the Pokemon one. We made a performance and there were 22 people involved. Together with Rei we were helping everyone with their costumes and wigs. There was a lot of work. But in return the project has turned to be very spectacular and really memorable. 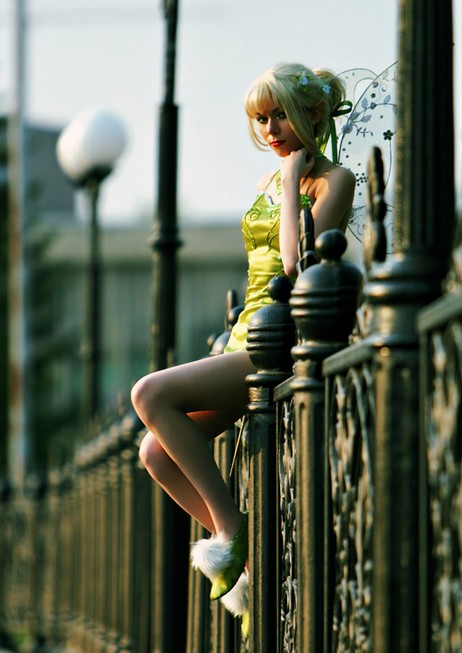 UN: Who do you want to cosplay in the future? What ideas do you have for new projects? And finally, what does “Ryoko-demon,” your DeviantArt name signify?

RD: Usually I keep my plans a secret. But for certain I can say, that I dream to make some costumes of my most favourite character Ryoko from Tenchi Muyo. I chose her name as my nickname, Ryoko, and the postscript “demon” serves for difference me from other Ryokos in the Internet, well and Ryoko herself was a kind of a demon in anime. 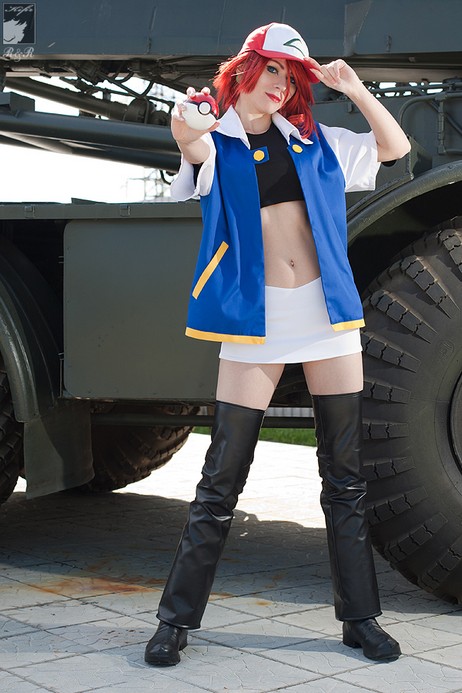 Keep up the good work Ryoko, and thanks again.

By Lyle Smith Welcome to Friday, everyone, a day where we celebrate all of the big screen previews from the past seven days in our weekly This Week In Movie Trailers column! How is everyone…

The 90’s were a great time for comedies. Riding on the success of big-budget blockbusters like Ghostbusters, 90’s comedies weren’t afraid to mix genres in an effort to appeal to the broadest audience possible. This…

You  may remember Black Milk as that company who  made the R2-D2 swimsut that a bunch of awesome nerdy girls bought until they were shut down by George Lucas. Well, Mr. Lucas has come to…

Hollywood has reportedly been making a live-action version of Akira for years now, but I’ll believe it when I see it. A few fans got tired of waiting, and decided to take things into their… 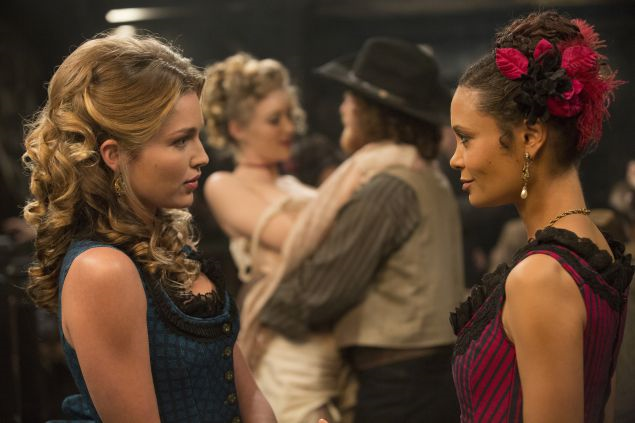 *This article contains Westworld spoilers. If you are not completely caught up with all eight episodes, get caught up. Then read this.* ZOMG! Westworld and Video Games! “The hosts are like NPCs! By the hyperreal male…