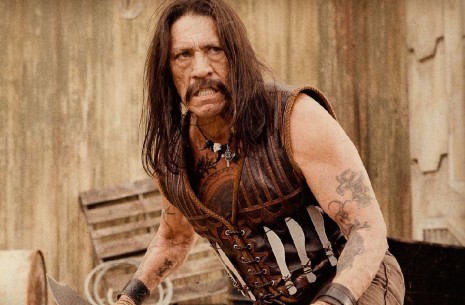 So, apparently we’re getting a Machete 2. Yawn.

Don’t get me wrong, the movie Grindhouse was awesome. One of the best theatrical experiences I’ve had, ever. Part of that was absolutely due to the hilarious fake trailers that accompanied it — included the gut-busting preview for Machete that opened the evening.

But that trailer was a JOKE. The Grindhouse experience was a crazy mix of tight storytelling, great acting, a camp tone, and throwback fun. Unfortunately, it seems to have kicked off a string of films that ape the style for the sake of style, without putting in any of the effort that Tarantino and Rodriguez did (at least the first time around).

And I’m ready for it to stop.

Real quick, let me clarify that I’m using “grindhouse” and “exploitation” interchangeably, under the common definition (this one was pulled from Wikipedia).

“…generally considered to be both low budget and of low moral or artistic merit, and therefore apparently attempting to gain financial success by “exploiting” a current trend or a niche genre or a base desire for lurid subject matter.” 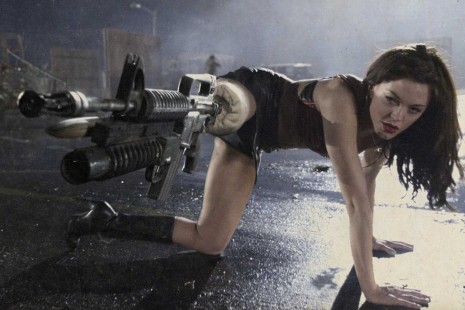 This neo-grindhouse movement has gained a bit of steam since the release of Tarantino and Rodriguez’s double-feature. Maybe that’s just my imagination, or maybe it’s simply due to a new market online, but it does seem like these sorts of movies are getting a bit more attention than they used to.

(I’m not nearly as aware of the schlock community that existed before the rise of the internet, so this column is exclusively focused on the current approach to that sort of material. For all I know the nostalgic praise for the genre has a legitimate foundation.)

Near as I can tell, a big part of the appeal of the grindhouse approach is its “rebellious” nature. Often, a grindhouse movie is a movie made in spite of a low budget and no stars, substituting those elements with willingness to go anywhere or show anything. 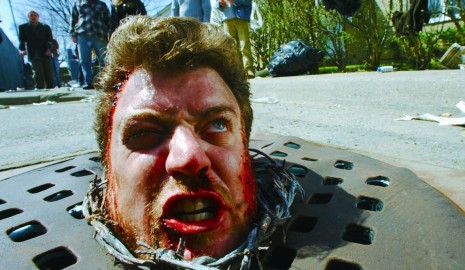 There’s an accompanying assumption that the artistic parts of the project — like writing and acting — will be lacking to say the least. Makes sense, in some cases. I’d say there’s something to be said for taking the value that a movie has without holding it to a lofty artistic standard.

I’d also say that the lowered expectations for this genre has led to a lot of filmmakers just letting themselves get lazy. Instead of coming up with their own ideas; making their own contributions to a genre (hell, to film as a whole), they’re attempting to ape the style of the cheapest, grimiest movement in recent film history. Low production, high shock value. We’ve seen this before. 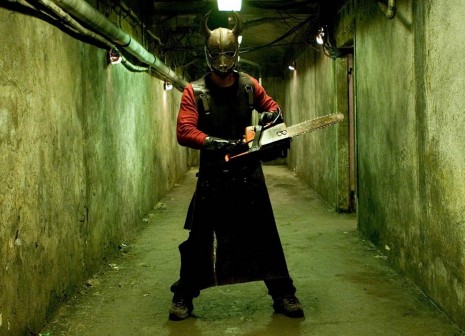 Just look at how much bulls**t torture-porn we had to sit through in the wake of the Saw franchise’s success. The grindhouse phenomenon isn’t as mainstream, but it’s similarly overpopulated filmmaking territory.

And some of it can be fun! Like I said above, I absolutely loved Grindhouse. Now, the thing that was great about it (and about Tarantino’s style in general) was its willingness to take an aesthetic — the cheap, dingy grindhouse flick — and amp it up, applying a whole new level of craft and intelligence to it. They took trash, and made it art. And now people are cashing in.

Instead of being a smart, savvy improvement of the genre, a lot of this intentionally campy stuff just sounds like the movie equivalent of those people who invoke Hitler and/or Nazis to win any argument, no matter how inappropriate the reference may be. Oh, speaking of that…

What kills me about this is it’s ACTUALLY AN AWESOME IDEA. I would love to see a good movie made from that premise, because it sounds like a blast. Unfortunately, since this is intenti-camp territory, we’re treated instead to things like a horribly-executed parody of Downfall — which I assume was included because of its status as the source of a bajillion other parodies.

A lot of these neo-schlock movies give off that vibe to me. Parodies of parodies. An endless circle of navel-gazing sensationalism, completely divorced from anything that would actually justify the expenditure of 90 minutes to watch them.

And sure, the phenomenon of mindless copying isn’t limited to shock and camp cinema. It does, though, seem to enjoy a strong presence in these very fad-driven flicks.

And here’s the kicker: That grindhouse aesthetic was born from filmmakers stretching their budgets to the absolute limit. A lot of them simply couldn’t afford quality writers or actors, and had to make do with what was available. It strikes me as rather missing the point to try and emulate people who DIDN’T have the means to make a real movie, when these filmmakers clearly DO.

Why is there an entire genre of movies that expects — almost requires — a lack of good storytelling?

And why do we keep giving them attention for it?

I’m sure I’ve raised the ire of somebody out there. Let’s take this debate to the comments section.

Yes, I just opened this post with a Zoolander reference. I officially decree that it’s been long enough for quotes from that movie to stop being lame and start being funny again. Just like Austin…

(click to enlarge) This is a picture someone took of the “Young Adult” section of their bookstore, which has apparently been infected with the all-consuming plague of vampires. I think there are some werewolves and… 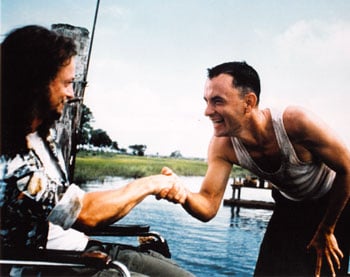 Oh I don’t know.  Could it be that Forrest Gump has been on HBO 1700 times this year that I eventually had to do some kind of article on the movie?  I swear to God,… 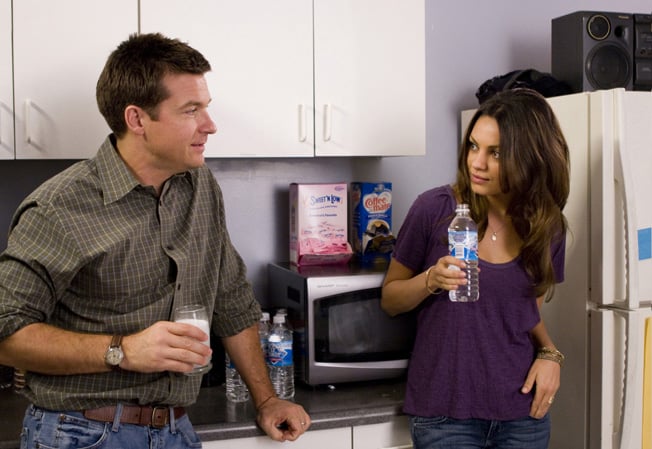 “So the script says we make out right?” It’s really not true what they say about Mike Judge, that you either love him or you hate him. I, for example, have no taste for his… 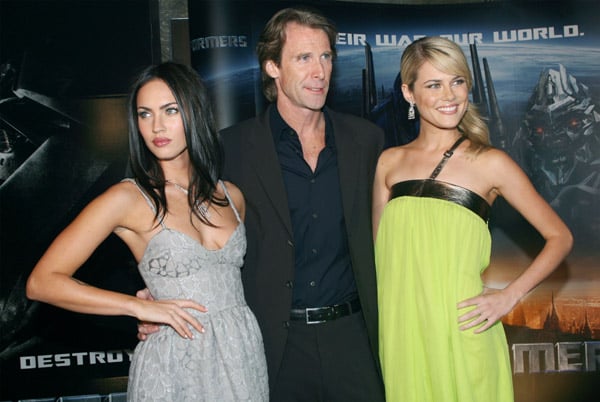 There’s a ton of back and forth on opinions about Michael Bay.  And clearly there’s a huge contingent out there that thinks he should be stopped.  While the man is a wet dream for any…

We are all doomed, you know? Hopeless, lost souls who are running in loops to try to trick ourselves into thinking we are making progress. The reality is, we are rodents on a hamster wheel….