As some of you might know, I’m a big fan of the Grand Theft Auto series. I’m about to finish Grand Theft Auto IV for the first time, and I really enjoyed it. There are a couple of features I wish they hadn’t taken out from the game, but other than that, Rockstar just keeps getting better with each GTA instalment. With the fifth game in the franchise set for release in the second quarter of 2013, my mind is filled with all these crazy ideas and possibilities about all the sinful things I could in the next game. To be honest, if they just copied the formula of GTA IV and slapped it with a different story, I think I’d still be okay with it. However, we all know Rockstar is spicing things up. I don’t know how having three protagonists would work exactly in a franchise driven that has always been driven by a singular central protagonist, but I’m not too worried about that.

So after nearly finishing the fourth game, I’ve come up of a few things that I wished Rockstar implemented in the fifth game. Enjoy, and let me know what you guys are wishing for in the next Grand Theft Auto as well!

1. All kinds of transportation! Train, plane, helicopter, car, bicycle, boat- you name it!

Okay, I really loved riding the bicycle whenever I played Grand Theft Auto San Andreas. I think there was even a time where I rode a bicycle all the way from Los Santos to Las Venturas while passing through San Fierro. I was kind of sad that Rockstar took out bicycles in IV. Plus, there were no planes too! However, I must admit though that I was quite satisfied with the modes of transportation available in the fourth game. I enjoyed having the option to ride a taxi to your destination best! While I enjoy cruising around the city, it can get tiresome sometimes especially if you are replying a mission or if you get too drunk to drive. Another idea: Would it be cool if they added in the feature of monitoring the gas on your vehicle?

I hope that Rockstar won’t find a need to exclude bicycles or planes in the next game. It would be a dream to have every option available! I mean IV almost had it all. Imagine it now… commuting and travelling by bicycle, car, train, helicopter, boat, plane or maybe even by a bus? Did I miss anything? I heard that V will primarily be set in Los Santos. If that’s true, then I guess I won’t be flying a plane from city to city then.

It was cool seeing Claude, Rosenberg and Kent Paul in Grand Theft Auto: San Andreas. If I’m not mistaken, I don’t recall any physical cameos in IV… just ones on the radio like Lazlow. I would totally faint like a supreme fan girl if Tommy Vercetti had a cameo in V. It would be cool to see CJ as well! Actually, anyone from the past games would be a real treat. I mean it’s not like this is a BioWare game and there a million choices to factor in.

3. Bring back the real estate and the garage! 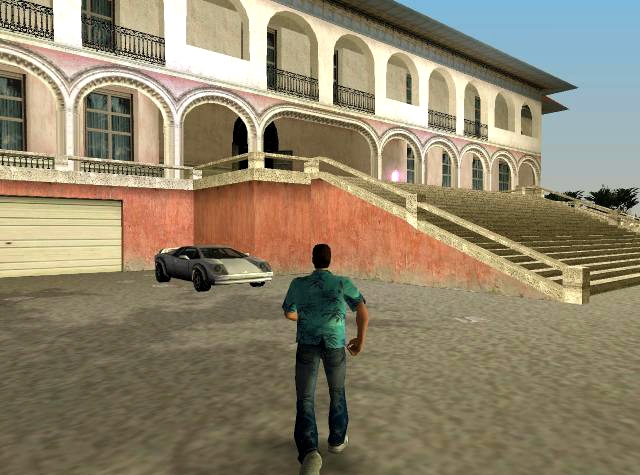 One thing I didn’t like about IV was the exclusion of the “assets” and “garage” features. It took me a longer time to finish Vice City and San Andreas compared to IV. It was probably because I took my time trying to buy out every property before finishing the game. I felt the need to earn more money because I really wanted a huge mansion or maybe I simply wanted a closer place to save my game. In IV, the only thing I really used my money on was was taxi rides, weapons, and clothes which isn’t really much. In past games, I had to rob houses, go gambling in Las Venturas or run endless fares using a taxi (I’d like to see these again too) for one real afternoon just to buy all those sweet assets! It might have taken a lot of time and effort, but it only made me appreciate and value my game even more.

I’m also hoping that they’ll bring back the “garage” feature. I’m personally a car collector whenever I play Grand Theft Auto, and I’m guilty of cheating the garage by parking cars way past the limit allowed like many other players.

I really liked that Rockstar gave players the option to customize CJ to their own liking in San Andreas. You can change his clothes, hairstyle, body art, and even his physique. I also liked the option of having ‘stats’ in-game such as muscle, stamina, and fat. If you ate too much, you’ll be obese like in the photo above and it will affect how fast you run. Eat nothing and your health will  gradually go down until you die. You also had the option of using the exercise machines and weights through mini-games to improve your physique/muscle or ability to run.

In addition to customizing CJ, you could also pimp your ride up! So yeah, it would be nice to see these features return in V. 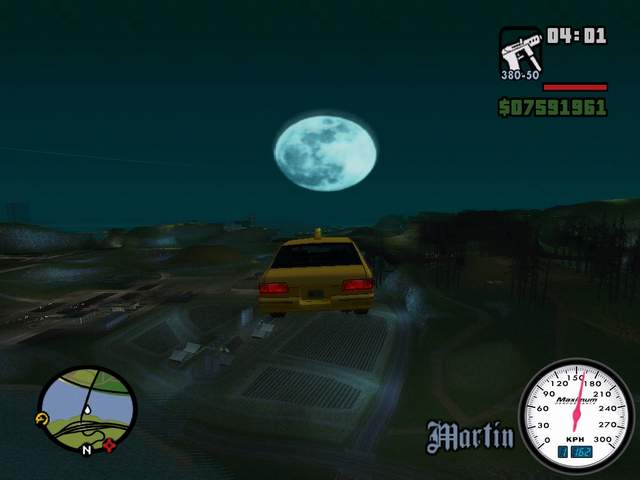 Cheats are primarily used for full health, ammo and money in video games. Cheats in Grand Theft Auto are more for having ridiculous fun than for actually cheating the game at all. One of my favorites were the flying car, riot mode, adrenaline mode, groupie and clown mode cheat among many others. Heck, I could even write another article in the future listing the best fun cheats of all time in Grand Theft Auto. For console players, this was the closest thing we could get to mods and it actually turned out to be really fun. Sadly, there weren’t any fun cheats in IV so hopefully we will see its return in the V.