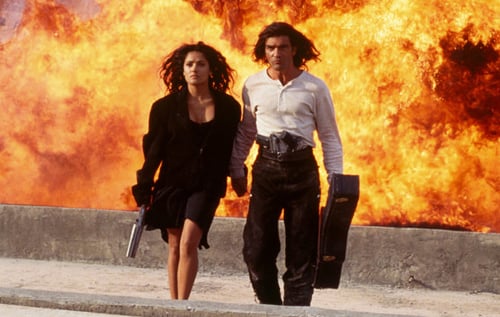 Guns blazing, music pounding, and people in some kind of turmoil – yeah, everyone likes a good action movie. Not that every film needs this specific criteria to qualify as a “good” action movie. The summer blockbusters are clear evidence that we all enjoy munching down on some tasty popcorn as the CGI sequences blow our minds away. I find that time and time again if I’m ever in the mood to pop in a BluRay that it will more often than not be of the action/adventure genre.

What is it about these kind of films that makes us shell out our hard earned cash so easily? Doing some quick research on the topic at hand, I found that it might be due to the fact that for whatever reason we enjoy being stressed out. But this stress is “controlled stress” which, as I was reading, is referred to as being similar to a roller coaster ride. I don’t know about all of that, but I definitely consider the action movies I watch to be a great escape from the mundane. With this in mind, I felt that I should make mention of 5 action flicks that are my “go-to” when I need to indulge my senses.

Yeah, I’m not using the picture from the header image as one of my movies, I just love the idea of “only cool guys walk away from explosions” … on to the list! 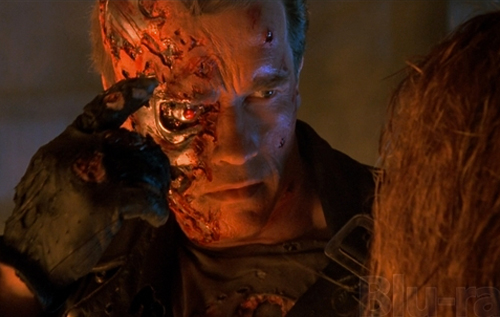 It’s not a tumor!

Ok, so when we were kids, were you terrified of the T-1000 too? Yeah, I thought so. Probably one of the oldest movies on this list, it still measures up with it’s special effects and story telling. This will always be one of those movies that I will forever love. This could be due to the fact that having the T-800 coming back and playing the good guy totally made my jaw drop. Regardless, the amount of fond regard we all show Arnold Schwarzenegger for this movie will always endear. I’ll never get sick of hearing all the one liners and watching him go into the vat of molten metal with his thumb up. “I’ll be back…” 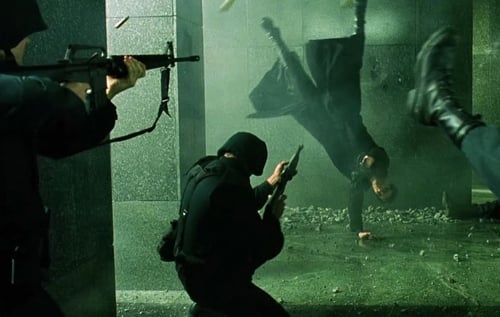 Man I wish I could say that I was one of the first people to see this in theater when it was released. Sadly, I wasn’t…I was hearing about it again and again from all my friends at school weeks after the fact. Which in turn was the biggest reason for me to see it, just so that I could be involved in the conversation. Now I had no idea what the movie was about, and as I sat there watching with my mind completely blown, I knew that I wanted to watch it again – immediately. So, I did – I watched it the following day with another set of friends and was still completely amazed. Even today, I can watch this movie from start to finish with a huge smile on my face as the bullets fly. Who among you can tell me that you don’t crack a grin when Keanu says, “whoa”, or “I know kung fu”…? I bet your dying to punch this into the BluRay player right now aren’t you? 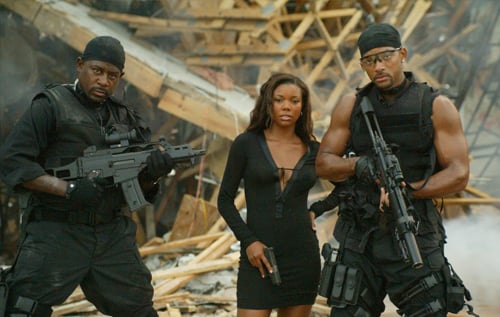 Hate me all you want, but I know for a fact you’ve seen this movie. Chances are, you’ve seen Bad Boys 2 multiple times. And yes, go ahead and despise Michael Bay all you want, but he knows how to put together an action movie that sells tickets. Now this is not one of those movies that benefits from watching it on TV on a lazy Sunday afternoon, (movies that have language and crude humor tend to lose their appeal on national TV) but even then I’ll still sit my butt down and see it through. I think the chemistry between Will Smith and Martin Lawrence is undeniably funny and I still laugh a helluva lot during the sequence with Martin high on ecstasy. “Woosa!” 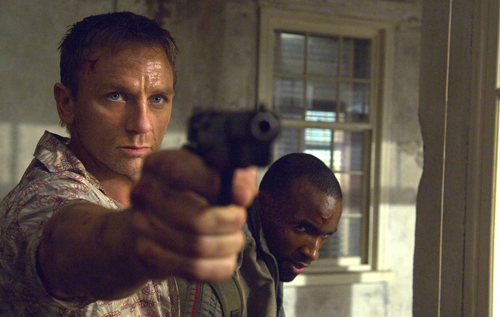 The film that introduced us to Daniel Craig and proved that James Bond can be a blonde hair blue eyed stone cold killer. Not only was it an introduction to a new Bond, but it was also a re-imagining of the franchise. They changed quite a bit in this movie and I believe that the audience/movie going experience was better for it. What made this film stand out was that Bond seemed to have an edge now, it was a grittier take on the “clean” guy image that he always had up to this point. The opening sequence quickly throws you directly into the scenario and the action that plays out does a great job at letting you know things have changed. For me it’s definitely one of the few 007 films that I can watch over and over again. The only others that I might be able to throw in that list would be Goldeneye and Goldfinger. 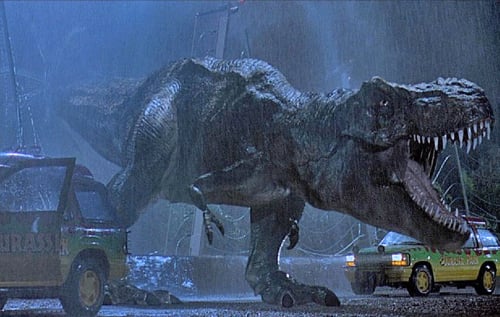 Objects in mirror are closer than they appear.

What can I say about Jurassic Park that hasn’t been said before? A childhood dream come true, I saw this movie not only in theaters but at the local drive in as well. (which I would say is an awesome way to see a film like this) What’s even more impressive about Jurassic Park is that it still looks fantastic even today. Much like what Terminator 2 has done, the special effects were so ground breaking that they still hold up among modern movies like Avatar. Though that’s not what brings you back, it’s really just the dinosaurs and the carnage that they cause. Remember earlier when I mentioned being stressed out and how that’s a major pull for us with action movies? Well if you didn’t get stressed at least a little during the Velociraptor scenes, or the one above with the T-Rex, I’d say that action movies aren’t for you. How many times have you seen Jurassic Park? I think I’m up to around 12 by now.