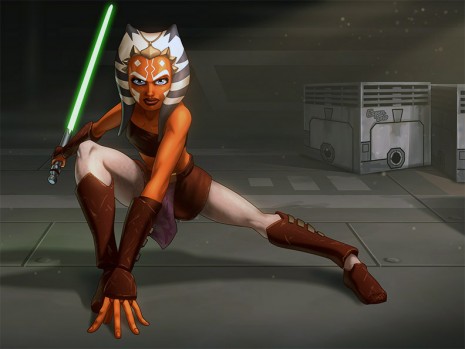 I can’t say that I much cared for Ahsoka Tano as a character when she first appeared on the silver screen. Debuting in 2008’s Star Wars: The Clone Wars theatrical movie, Ahsoka seemed at best like a convenient plot device. At the time, even Master Yoda saw her as one who could hopefully bring the impetuous Anakin ‘Li’l Vader’ Skywalker to see in her what he apparently couldn’t see in himself. At first blush, that’s no small task … but it’s still little more than a plot device.

Was I alone in that assessment?

Like so much of the affairs of the Star Wars Prequel timeframe, reviews were a bit of a mixed bag. One online reviewer likened her addition to the Star Wars Universe as something that would go down in history as being on par with the inclusion of the much-maligned (deservedly so) JarJar Binks of The Phantom Menace. Claudia Puig from USA Today credited the young protégé’s dialogue with, at least, enlivening things. Movie Metropolis’s John Puccio wrote her off as “cute” and as “continually wisecracking and breaking rules,” while Amy Biancolli of the Houston Chronicle thought Ahsoka was a great counterpart to Anakin, saying “they prove an effective team” in the struggle against the Separatists and the rescue of an infant Hutt.

Many of the adventures throughout the Clone Wars’ inaugural season featured the orangey youngling as a bit of a tagalong – a creative third-wheel to Skywalker and Kenobi’s popular ‘Ralph Kramden & Ed Norton’ act. Wherever they went, she was necessarily in tow, always predictable with a jibe, a riposte, or some other cutting remark. (Think Punky Brewster with the Force.) It wasn’t so much a bad thing – certainly not on the same level as JarJar was a horrifically bad thing – but so much of her participation smacked of the probable reality behind-the-scenes: being a new creation, the writers were still fleshing her out, working her in, and getting to know her.

In those early outings, it was easy to dislike her, much in the same way it’s easy to dislike almost anything new, cloying, and different. She was the unexpected variable. She was random smart-mouth, and mother always told us nobody likes a smart-mouth. She didn’t yin with anyone’s yang, and these initial adventures suffering from more clunk than spunk.

Much of the same.

In fact, Season Two opened with Ahsoka in some particular jeopardy: in ‘Holocron Heist,’ she’s reduced to serving basically as a librarian’s assistant as punishment for being too reckless in battle; and, in ‘Cargo of Doom,’ she’s caught by Cad Bane and used by the bounty hunter as a chip in negotiations with Skywalker. Pardon the play on words, but (Yoda’s voice) to me this does not a Jedi seem. (/Yoda’s voice) While there was some modest improvement, she still managed that season to nearly get infected by a brain worm, draw the negative notice of other Jedi Masters, and lose her lightsaber.

For Zeus’s sake, how does one lose her lightsaber?

Thankfully, Season Three saw some significant changes in the activities of the knight-in-training. In ‘Sphere of Influence,’ she paired up with a Republic senator to help investigate the Trade Federation. In ‘The Academy,’ she was asked to serve briefly as a tutor in an institution on Mandalore. And, in the ‘Ghosts of Mortis,’ she and Kenobi faced-off against a spirit in the Force who tries to lead Skywalker toward the Dark Side sooner than the Fates would have it. This isn’t to say that she doesn’t get kidnapped again because she does (‘Padawan Lost’); but, by the next episode (‘Wookie Hunt’), she’s actively leading younglings in some lesser campaigns.

Season Five opened in late 2012, and, by its sixth episode, she was on track for greater things.

Audiences learned that Ahsoka was now pairing with no less than Master Yoda himself: together, they escorted an entire class of younglings to the planet Ilum where they’d find crystals to use in construction of their own lightsabers. That episode launched a four-part storyline that, while focusing most of its time on the youngsters finding the Force, showed us a mature, responsible, and proactive Ahsoka Tano … one who wasn’t about to allow interstellar pirates or General Grievous to stand in the path of completing her mission.

Mercifully, the writers found her a place in the Star Wars Universe. Throughout five seasons, they’ve lessened her need for snarky witticisms and let her learn the uncomfortable lessons of combat. It’s taken some time for that edge to wear off the first impression she made – some of that no doubt due to the scripts, and some of it possibly due to an audience not all that impressed with the events of the prequels – but she’s evolved. 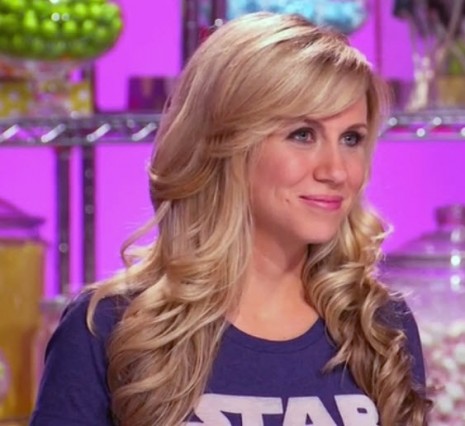 And that’s terrific because the voice behind the Jedi is Ashley Eckstein, a true gift to fandom if you’ve ever met or seen her. Ashley not only makes convention appearances in support of Star Wars and all things Jedi, but she’s also a savvy designer and trendsetter who openly embraces her outer nerd, encouraging others – mostly girls of all shapes, sizes, and ages – to do the same. The evidence? Just check out HerUniverse.com, and take a glance at the inspired clothing and accessory line of Star Wars, Star Trek, Battlestar Galactica, and even Doctor Who merchandise. Eckstein’s definitely a girl to bring home to mother … or not think twice about if you do. (Sorry, mom.)

So, yes, Ahsoka Tano. You’ve come a long way, baby, indeed … even in a galaxy far, far away. Now that you’ve graduated from the kid’s table, pull up a chair alongside that dour sourpuss Mace Windu. Tell him to lighten up and pass the blue milk.