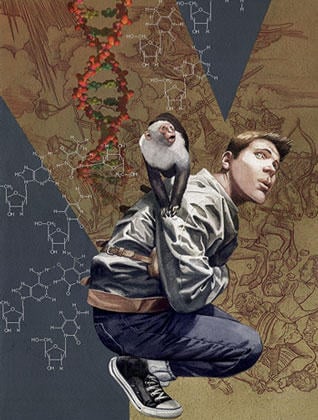 On the recommendation of a co-worker, I recently picked up the first 10 or so issues of Y: The Last Man.  The comic has been around since 2002, and while I had certainly heard of it, I never got around to reading it. Better late than never, I guess – Y: The Last Man is easily one of the more intriguing comic stories I’ve read in a long time.  Written by Brian K. Vaughan, Y: The Last Man is the story of Yorick, the only human male left of Earth after some sort of disaster has wiped out every living organism with a Y chromosome.  His pet monkey Ampersand also manages to survive but as of now, their being spared remains a mystery. 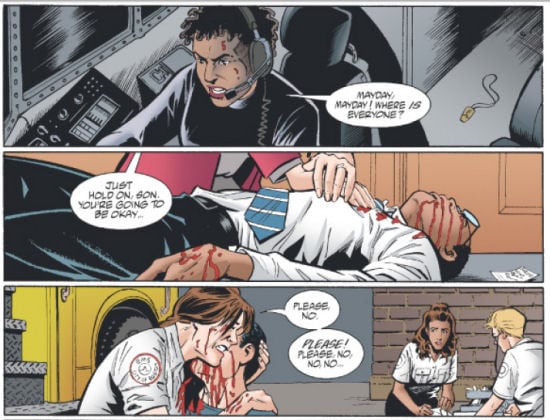 It’s not just grown organisms with Y chromosomes that are annihilated – every sperm cell, male embryo, and even fertilized eggs are destroyed as well.  This setting helps Vaughan create a post-apocalyptic future unlike anything I’ve ever seen.  Times are hard and resources are tough to come by, but what makes this future unique is that it’s inhabited and run entirely by women.  The women, of course, aren’t all unified in their hope for the future.  Some wish to restore the world that the men had left behind, while others – like the Daughters of the Amazon – view the departure of man as a global cleansing, paving the way for a peaceful utopia inhabited solely by females.

The story begins pretty much just as the worldwide plague of male extinction begins to take hold.  Yorick – who has some handy skills as an escape artists – loses a call with his girlfriend Beth (who is off in Australia) just as he is about to propose.  Once the plague’s effect has been felt by everyone left on Earth, various forces tug Yorick in all directions, each force wanting something from the last man on Earth.  As Yorick himself notes, you’d think that being the last man alive would have a lot of perks.  Unfortunately, it’s a total nightmare.  Agent 355 – a businesslike, capable soldier – accompanies and protects Yorick wherever he goes, but first must fulfill her mission of bringing Yorick to Washington, D.C. to see his mother, a Congresswoman.  Meanwhile, an Israeli soldier named Alter is looking for Yorick, and also in the mix is a geneticist who believes her cloning experiments may be the cause of the plague that wiped out every male.  All Yorick really wants is to find Beth in Australia, but it seems as though at every turn, someone wants him for something or just plain wants him dead. 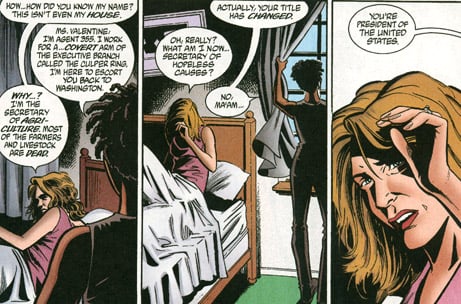 While Vaughan’s characters are all well-developed and their dialogue feels organic, what I think I like most about this series so far is the fully-realized post-male world.  As n overwhelming majority of government positions were occupied by men, a new government needs to take hold in the United States, including the appointment of a new president.  Transportation within the United States has some to a standstill, mostly because the majority of airline pilots were men.  Meanshile, the Israeli armed forces remain strong due to the pre-plague requirement that women serve their time the same as men.  It’s considerations like these that help to shape the world of Y: The Last Man and keep me interested in how everything is going to unfold.

I’ve finished the first two “story arcs” in this series – “Unmanned and Cycles” – and I plan to continue reading this thoughtful series.  It turns out that there are still some men alive out there, albeit not on Earth; they’re out in space.  I’m looking forward to finding out how and why they were spared, as well as the answers to the larger questions presented by Y: The Last Man.  I figure it’s only a matter of time before this is turned into a movie or television series. 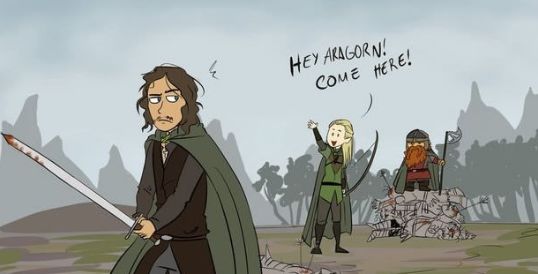 Here’s how some people have reacted to this theory. 1. Best theory I’ve seen yet. 2. Wouldn’t he just be able to sell the rights on his own? Why does he need people to hate…

Ant Lucia is one of the best artists around, and specializes in pin-up style art from decades past. They’ve done an entire series of pin-ups based on various DC heroines, and as you might expect,…

(click to enlarge) What happens when Wolverine defeats any enemy he can possible come across in our time? Why jet set back to the prehistoric era and take on the most fearsome predator of all,…

I’ve finished the Game of Thrones books now and (no spoilers) I’m still not sure if Margaery is a master manipulator or just a pawn used by her family. Perhaps that will be made clear…