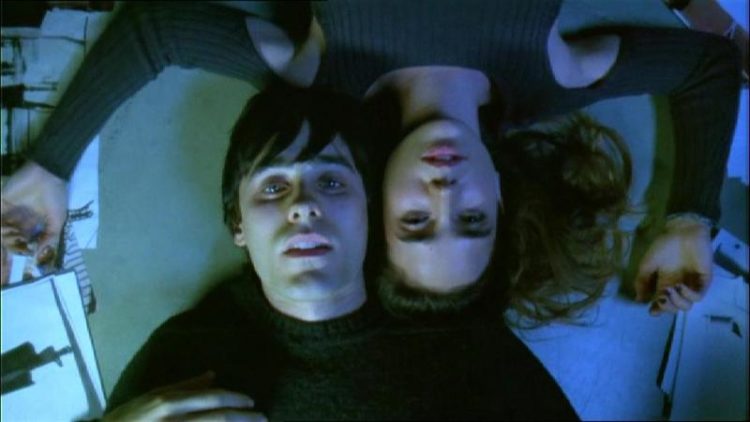 Requiem for a Dream is one of the most memorable movies from the turn of the millennium. For those who are unfamiliar, it is focused on four characters. First, there is the widow Sara Goldfarb, who becomes addicted to appetite-suppressing amphetamines that she is prescribed because she wants to be able to fit into a favorite dress in time for a supposed appearance on a game show. Second and third, there are Sara’s son Harry and his best friend Tyrone, who dream of making enough money from dealing drugs to live off of that income stream. Fourth, there is Harry’s girlfriend Marion, which dreams of becoming a fashion designer. Suffice to say that none of the four main characters had happy endings, which is one of the reasons that Requiem for a Dream possessed so much punch.

With that said, it is important to note that Requiem for a Dream is not a drug movie. Yes, Harry, Tyrone, and Marion are dragged down because of drugs. However, the inclusion of Sara’s storyline should make it clear that the issue focused upon in Requiem for a Dream isn’t the drugs so much as the obsessions that move each of the four main characters, which in a very strange sense, reflects how drug addiction in the real world is often caused by deeper problems running beneath the surface.

Regardless, each of the four main characters are brought to ruin by their respective obsessions, which result in the complete and utter corruption of their motivations. For example, Sara is obsessed with being seen on the TV screen by other people, which is perhaps fueled by her longing for a better time in her life, as shown by how she wants to loss weight for the purpose of fitting into the red dress that her husband loved. As a result, Sara’s obsession causes her to suffer stimulant psychosis that gets her sent to a psychiatric ward, where she winds up in such a horrible state that her friends break down at the bus stop after seeing her. Meanwhile, both Harry and Tyrone are obsessed with love but in very different ways. Harry loves Marion, as shown by how he encourages her to follow her dream; while Tyrone loves his mother, as shown by how he wants to escape the ghetto for the purpose of making her proud.

Unfortunately, the two friends pursue their obsessions by drug dealing, which goes so badly that Harry winds up encouraging his girlfriend to prostitute herself for the next hit while Tyrone winds up in a southern chain gang after being arrested alongside Harry. Finally, Marion is obsessed with her self-image, which is why she winds up getting caught in a downward spiral of degradation in which her self-respect is ground to pieces by her pursuit of the next hit. Based on this, it is no wonder that some people see Requiem for a Dream as a criticism of the consumerism that is pushed by modern society, which can be seen as another obsession that those who feel it cannot let go.

Why Should Requiem for a Dream Never Receive a Reboot?

Speaking of which, it should be pretty clear by this point in time that there is no room for a reboot of Requiem for a Dream. Certainly, its message remains relevant in the present day, but any projects attempting to said that same message would do much better using its own vehicle rather than attempting to piggyback off of what is a very standalone movie. After all, Requiem for a Dream is a very good example of a movie that is complete in and of itself, meaning that any attempt to either remake it or reboot it would be nothing more than pure excess.

Besides that, there are also more practical objections as well. For instance, it is difficult to imagine why any one who loved Requiem for a Dream would want to see another attempt to make it when they already have Requiem for a Dream at their disposal. Something that is particularly true when a remake would have no guarantee of quality, meaning that it could very well come off as a poor attempt to copy a superior predecessor.