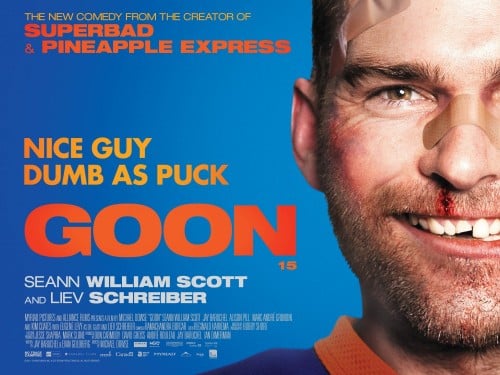 I will be honest with you, people. This is an absolute fluke. The likelihood that there would ever be a sports movie featured in this column was slim. One, because I don’t give a shit about sports, and two, because sports movies all seem to fall into the same formula. Team (or person) is an underdog. Team (or person) works way back from being an underdog to somehow (miraculously) win the big game. I know all films are formulaic, but that formula gets boring after awhile. Thing is, Goon is not your typical sports movie. Main character in a hockey movie who can barely skate? Yup, that is what I am talking about. Hell, despite whatever you may think, This film is actually an (oddly endearing) love story, with some pinnings of the underdog sports story just to keep you glued. The irony is, I held off on Goon for a year, thinking I would not like it, and I ended up loving it. 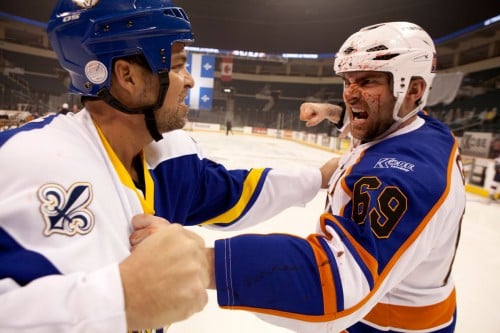 I chose this film, so you know there is some bloodshed.

Goon stars Seann Williams Scott of American Pie fame, and that was my first red flag. The odd thing is, he is what sells the story. He plays Doug Glatt, a bouncer in a Massachusetts (shout out to my hood), who is good at messing people up, but good at very little else. What makes him so much more than a one dimensional character is the simple fact that he is not a mean dude. He is actually incredibly nice, and though he doesn’t necessarily enjoy having to beat people’s asses for a living, he knows he is really good at it. The reality is, we all have strengths and weaknesses, and we do not get to choose those. They are sort of just thrust upon us, and it is up to us if we fine tune them or not. Well, Doug gets the chance to fine tune his brute ability when the coach of a local hockey team sees him beat the ass of a player one night at a game. This coach realized he could take Doug on as a “goon” for his team. What is a goon? Yeah, I didn’t know either, so don’t feel bad. Basically, he is a bruiser. He defends that key players by any means necessary (and those means usually involve having to beat another player’s ass). Like I said, a sort of brute. Here, I will let the trailer do some talking now:

Flash forward a bit, and Doug has been flown out to Canada and become the goon for a team called The Highlanders. The story takes itself up a few notches here by introducing us to Eva (played charmingly complicated by Scott Pilgrim’s Alison Pill), a “puck bunny” who has a natural penchant for hockey players. This is also where we further learn what we already thought about Doug. He is an incredibly warm and genuine guy with nary a mean bone in his body, despite his penchant for beating ass. Eva sees this, and Doug take a real shining to her. Thing is, she has a boyfriend. It was at this point it hit me why I was digging this film so much. Not only did I like all the characters, but the film had a writing style and pacing that reminded me very much of an 80’s movie. Nice guy gets no respect for what he does, nice guy can’t get girl because she has a douchey boyfriend and is complicated etc etc. But much like the best 80’s movies, you feel yourself really rooting for these two. Odd, I know. I am sitting there, watching a movie about a hockey player who beats ass, and the subtle love story was winning me over. Like I said, this is a fluke, so role with it. I don’t like sports movies, and I hate romance films, so I should have not liked any element to the film, but I did. You know why? 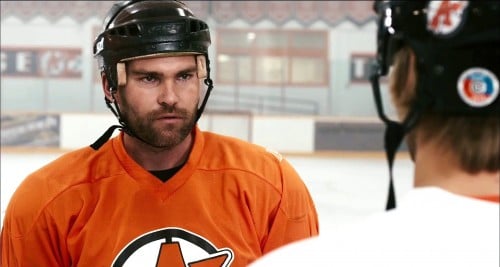 Doug. Seriously, dude is one of the most charming men I have seen portrayed on film in a long time. He is awkward, but genuine and always polite. It is such polarity from what you expect of the character when you sit down to watch it. There is one scene in particular, where he meets Eva at a coffee shop (and finds out she has a boyfriend) and I swear, Sean William Scott’s portrayal of Doug in that scene is almost reminiscent of an old Jimmy Stewart character. He is just SO sweet, and you kind of see him get his heart broken, but you see him handle that with class and grace, even as he tries to walk away and the wind reminds him how bad of a day he is having. Just trust me, it is wholly endearing scene that makes the character, and the film, almost impossible not to like.

Keep in mind, amid all this, it IS a sports film, so there is a showdown building between the Doug character and a character named Ross “The Boss” Rhea, who also happens to be Doug’s hero in hockey. Rhea is played by Liev Schreiber, who seems to have a great deal of fun playing the cocky bad guy here, as he so often does. There is also some other conflicts Doug faces, from his parents who don’t seem to accept what he does, to a fellow team mate who feels like this dude is stealing his thunder, it is a more layered tale than it first appears. 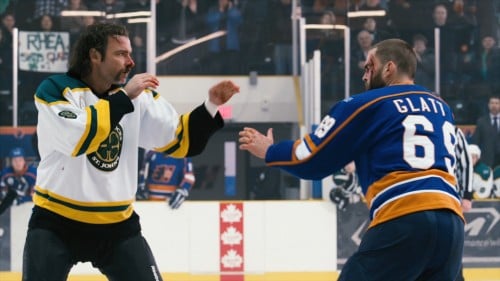 Remember that time Sabertooth fought that kid who drank semen?

Now keep in mind, anyone who knows anything about film will see where this movie is going long before it gets there, but the reality on why I chose this movie this week is because just how good of a time I had getting there. Goon reminds me that not all cinema has to be dark and cryptic and cynical. Sometimes, it can just be an ass-kicking good time.

Elsa Rhae is a makeup artist who has carved out a bit of internet fame for herself with a series of pop culture-themed uh, face designs. She uses herself as the test canvas in all… 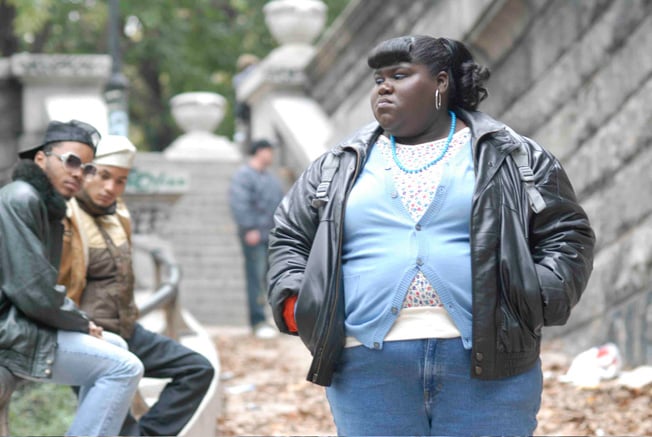 How exactly do you go about reviewing a movie about a poor overweight black girl, abused by her mother and pregnant with her second child, by her father? Is it even possible to criticize it…

(click to enlarge) For some reason, no actor today generates as much fascination as Nicolas Cage. The man has had a storied and diverse career, yet is also the punchline to an infinite number of… 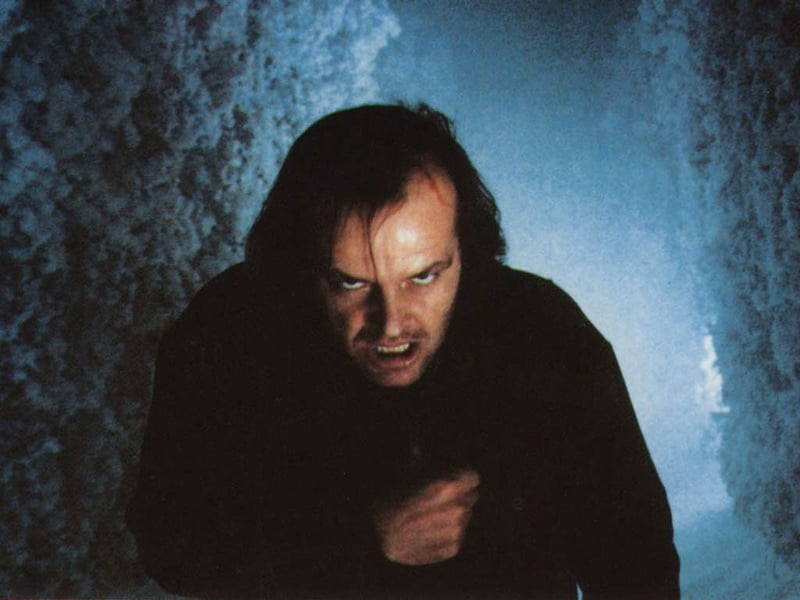 Jack Nicholson is clearly one of the better actors in the last 100 years and it’s tough to mention great acting performances without bringing his name up at least once.  What amazes me is that… 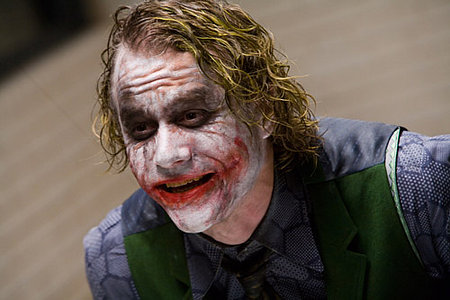 I recently read that even though The Green Lantern hasn’t even been released yet, executives at Warner Bros. are so confident that the movie will be successful, they’ve already hired someone to write the script…

httpv://www.youtube.com/watch?v=BXd_5B6rKjw You know when I bother to post a new trailer, that it has to be something to behold. And trust me when I say, you haven’t seen anything like The Raid in a very,…