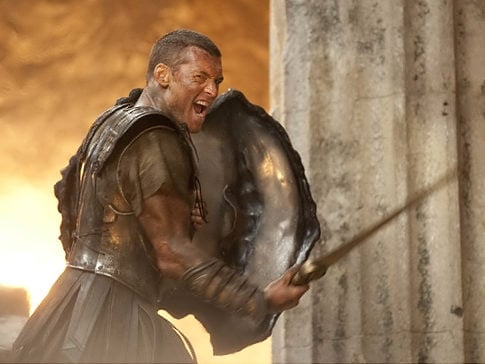 When I read Paul’s review of Clash of the Titans yesterday, I wasn’t the least bit surprised to see that he thought – along with countless others –  that the movie was terrible.  Nowadays, my default expectation for a movie is that it will suck, and it seems that the big budget films (Clash had a production budget of $125 million) are often the worst.  I stopped being disappointed years ago, though, and when a big budget, heavily-promoted film is actually watchable, it’s a pleasant exception and not the rule.  Was it always like this?  Was I simply easier to entertain when I was younger?  Or is there an identifiable time when the big budget movie became an utter waste of everyone’s time? 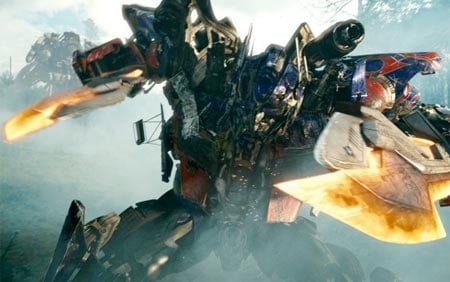 Granted, there are plenty of hyped, blockbuster type films that are actually very good.  The Dark Knight is superb, Return of the King rightfully won an Oscar for Best Picture, and Spider-man 2 is one of the best superhero movies ever made.  Even Avatar belongs in the discussion of great big budget films, as I believe the criticism it’s received for its derivative story is far harsher than the film would have received if it weren’t so hyped and directed by James Cameron.  At least with Avatar, real thought and passion and creativity were a recognizable part of the film’s mix, something that certainly cannot be said for, say, Transformers 2.  And I think that’s precisely what separates good – or even watchable – big budget movies from the terrible ones:  it’s easy to identify when actual thought and effort goes into a movie.  Not to take anything away from the visual and sound effects of Transformers 2, but the characters and plot could have been written in one night for all anyone knows.

Big budget movies, of course, need to appeal to the widest audience possible so that the producers can get a return on their investment.  This concept, which should be obvious, makes movies like The Dark Knight that much more impressive.  With The Dark Knight, one gets the feeling that Christopher Nolan knew the story he wanted to tell and wasn’t going to “dumb it down,” no matter how much more money it could have generated.  When a movie is brought down to the lowest common denominator in an attempt to draw in as many folks as possible, though, it turns out that so much has been stripped away that there’s nothing remotely worth watching.  Unfortunately, this situation occurs far too often. 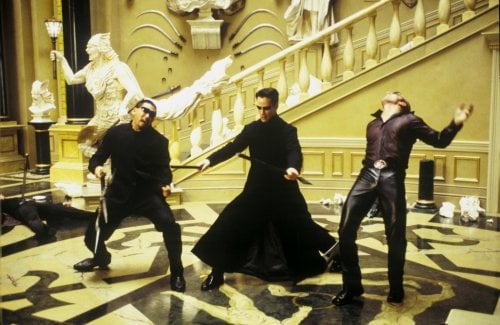 There are some blockbuster movies that should be excluded from the “lowest common denominator” group, however, as their reasons for critical failure have nothing to do with appeasing the masses.  I happen to really like The Matrix: Reloaded, but I’m also aware that many people do not.  But Reloaded’s critical failure can be attributed to over-ambition on the part of the Wachowskis, not lazy writing and the creation of a movie for the sole point of making money.  If the Wachowskis were guilty of anything, it was trying to cram too many ideas and philosophies into a science fiction movie; I suppose it could be considered the opposite of “dumbing it down.”  Not everyone dug Reloaded most likely because the Wachowskis’ expansion of the original Matrix themes didn’t resonate with them.  It was hardly a case of trying to sell action figures.

So just when did the “dumbing down” process really begin?  I’m not suggesting that this is a new phenomenon by any means, but I have a hard time believing that this isn’t a madly increasing trend.  Personally, I think it happened right around the turn of the century, with the release of The Phantom Menace and the over-saturation of superhero movies in the theaters.  Sure, Independence Day was released in 1996, but it was FUN.  It also featured a very likable and charismatic protagonist, not some little kid as its lead.  More importantly, though, Independence Day was not the soulless, empty extravaganza that The Phantom Menace is. 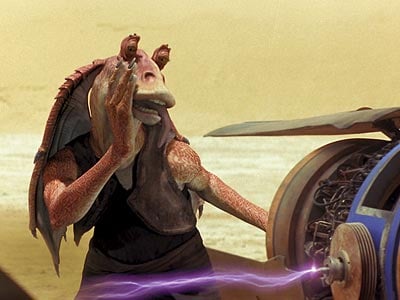 Surely, George Lucas must have known that no matter the quality of his film, if he slapped the “Star Wars” name on it, it was going to rake in billions.  Not in just ticket sales, of course, but in proceeds from video games, toys, cartoons, and, of course, sequels.  The script was rushed and nonsensical, but it didn’t matter because Star Wars was no longer Lucas’ heartfelt, personal story.  Instead, it had become his cash cow, one he’d milk until it was a withered mass of udder and horns.  This isn’t some sort of big revelation; I am guessing almost all of our readers have known this for quite some time.  The significance of The Phantom Menace, though, is that it proved a movie can funnel millions of dollars toward visual effects with little regard for depth, characters, themes, and all the other features of great movies and still reign as king of the box office.  With attention spans shrinking at a seemingly exponential rate, audiences were drawn to the bright, pretty colors, and The Phantom Menace was the number one movie in 1999 by almost $140 million.

After Phantom, the floodgates were opened.  Transformers and its sequel, Attack of the Clones, The Pirates of the Caribbean sequels, and, in true Phantom Menace form, the terrible fourth Indiana Jones sequel cleaned house at the box office.  Clash of the Titans took in almost $64 million this past weekend; Burton’s Alice in Wonderland has already made almost $310 million.  People continue to flock to theaters to see predictable, poorly written, and wholly superficial films, and movie studios have taken note.  There’s no reason for this trend to slow down anytime soon, and as audience’s tastes become less and less sophisticated, it won’t be long until we’re all sitting in “viewing parlors” like Ray Bradbury imagined in Fahrenheit 451, bombarded from all directions by flashy programs that run for mere minutes.  Or, if you prefer, until we’re all reclining and sucking down drink like the obese humans in WALL-E. 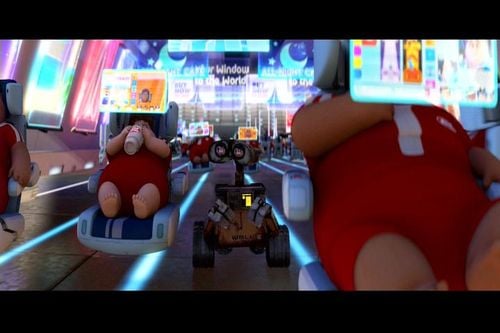 George Lucas figured out what gets movie goers excited and has essentially created a template for other studios to follow: find a hot actor, throw together a script that will appeal to people’s sense of nostalgia, and spend a crapload of money on special effects.  If there’s a way to make the visual effects more appealing (like, uh, 3-D), then chuck that in, too.  This happened well before The Phantom Menace, but ever since then, it’s clear that most big budget movies are created to make money first and to provide a compelling story second.  All we can do is savor the rare exceptions like The Dark Knight and thank the movie gods that directors with integrity do still exist.