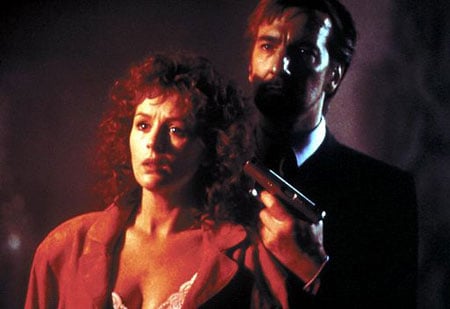 Last week, we took at look at the cast of John McTiernan’s Predator and what they’ve been up to since 1987.  About the time of its release, Predator had as big an impact on me as a movie could, and it’s another McTiernan movie – Die Hard – that had a similar impact.  Die Hard worked so well, for me, because gone was the hulking supermen action hero, replaced instead by a blue-collar, drinking, cursing, regular man’s man.  John McClane, in a way, revolutionized action heroes, and Die Hard very much revolutionized action movies.  In fact, I’d argue that it’s one of, if not the, best action movie of all time. 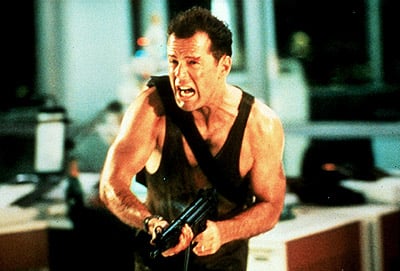 Willis went on to star in three Die Hard sequels, as well as in many, many popular movies, such as Sin City, Pulp Fiction, and The Sixth Sense.  Even today, he’s an A-list, leading man.  Willis ended up marrying Demi Moore – back when she was a total smokeshow – and had three daughters with her, before divorcing and dating a plethora of younger, scorching models and the like.  Willis has established himself as a major Hollywood player, complete with a star on Hollywood’s walk of fame, major leading roles, and the type of “I’m Bruce Willis” attitude that allows him to perform as Bruno at the House of Blues.  The manliest actor since Steve McQueen?  I’d say so.

Bonnie Bedelia’s most popular role is surely that of Holly Gennaro, and she returned to reprise that role in the first Die Hard sequel.  She’s still getting work as an actress, it seems, although nothing major.  Bonnie has appeared in CSI and Sordid Lives, various stage productions, and was even nominated for a CableACE Award for her role in Any Mother’s Son.  She’s been married four times – presently to actor Michael McRae – and is the aunt of Macauly Culkin. 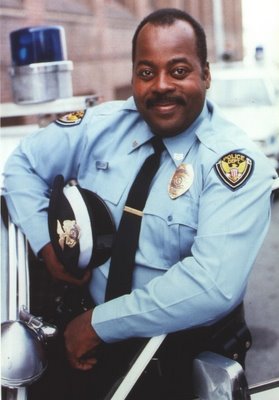 “The cop from Die Hard” went on to become most known as “The dad in Family Matters,” a role that put VelJohnson opposite Steve Urkel.  Since then, and aside from a small cameo in Die Hard 2, VelJohnson has done mostly television, appearing on prime time shows like Will & Grace, Monk, Bones, and Chuck.  Interestingly,on Chuck, VelJohnson played his character from Die Hard, Sgt. Powell.  In 2005, VelJohnson starred with Angela Bassett in the Guthrie Theater’s production of His Girl Friday. 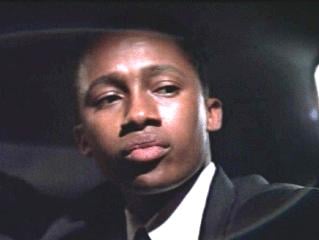 Argyle was a great, charismatic character with excellent taste in music, as evidenced by his playing “Christmas in Hollis” for John McClane.  It’s a shame that White hasn’t gotten more work; his last appearance was in 2000 in a movie called Shadow Hours as a transvestite.  That’s quite a fall from a slick, joke-cracking limo driver.  Prior to that, White played Aristotle McKenzie on the sitcom Head of the Class.  He doesn’t seem to be hiding though: the dude’s got a Facebook page. 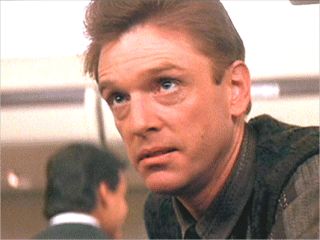 It seems as though nobody – with the possible exception of James Woods – is better at playing a dick than William Atherton.  His role in Ghostbusters and then Die Hard showed the world what a prick Atherton can be if he really wants to.  After playing a morally corrupt news reporter in Die Hard, Atherton has been hella busy.  He appeared in the first Die Hard sequel, as well as in tons of television shows, including a recurring role in Life.  Atherton provided the voice for Dr. Destiny in Justice League, and recently voiced his old character, Walter Peck, for the Ghostbusters video game.  Did ya get that? 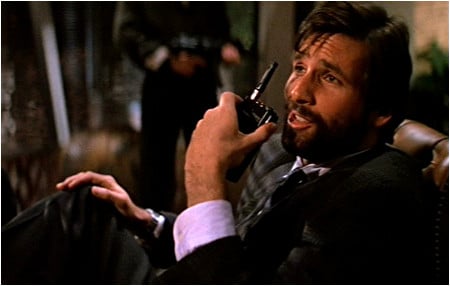 I won’t get into how incredibly awesome Harry Ellis is; I’ve done plenty of that before.  Ellis unfortunately was killed in Die Hard, so Bochner didn’t appear in the sequels.  However, he still got plenty of work, playing in movies such as Starter Wife and Spread.  More impressive, I guess, is that Bochner started working behind the camera as a director.  Did you know that he directed the comedies PCU and High School High?  Me neither.  He also wrote and directed Just Add Water.  According to his website, Bochner currently sits on the Leadership Council of the DGA’s PAC Committee, as well as the Board of Directors of the Environmental Media Association.  It’s nice to see that the guy who played a bearded douchebag has been so active through the years. 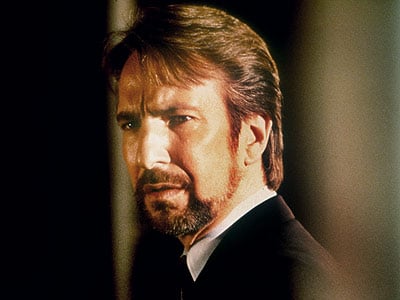 Man, Alan Rickman is one talented actor.  Whether he’s playing a European terrorist, a professor at Hogwarts, or voicing a robot named Marvin, Rickman is terrific.  Die Hard was without a doubt his breakout role, and since then, Rickman has been able to play a variety of characters in movies and on stage, as well.  He’s presently best known as Professor Snape in the Harry Potter series, but theater is where Rickman really shines.  In 2002, he was nominated for a Tony Award for his role in Private Lives.  Rickman is set to play the Caterpillarin Tim Burton’s upcoming Alice in Wonderland.

A Russian ballet dancer, Godunov unfortunately died in 1995 at the age of 45.  No, he wasn’t hung from a chain and then later shot by Sgt. Powell; Godunov was discovered dead in West Hollywood.  It was apparently alcohol abuse with complications from hepatitis that did him in.  His ashes were sprinkled in the Pacific Ocean.