I am about to tell you both these things.  If the image above isn’t clear enough, a leitmotif is a musical phrase that comes to symbolize or represent a character, action, or theme.  “The Imperial March,” as seen above, is one of the most well-known examples.  Some of them have even transcended their movie and become bits of popular culture.  For example:

Yep, a shark is coming to get you.

Musical themes like this do more than just accentuate a certain scene in a movie or TV show.  They can inform your emotions, highlight events, and even suggest aspects of a story all by themselves.  Follow me on a magical journey into the wonderful world of leitmotifs after the jump…

Music has such a profound effect on us, and we don’t even realize it.  The tone of something can be vastly changed if the music behind it is changed.  For example…

The fact is, music is an essential part of storytelling.  The right music at the right time can push a good scene into transcendence.  It can also act as a kind of subliminal (or sometimes very conscious) “cue” as to how we should feel about a given character, action, or scene.  Take a classic – Indiana Jones.  You have the Nazis chasing Indy and Henry Jones, there’s a beat where the Nazis are scrambling onto the boat, and then, 12 seconds in, boom! Indy pops out of a packing crate and blasts off in a motorcycle.  The tense, action-oriented music abruptly transitions to that famous Indiana Jones theme for a few seconds – long enough to show you that Indy did something clever and awesome, but short enough to tell you that he’s not out of the woods yet.

I hear this music in my head whenever I do something cool, like pass cars on the freeway or make a really good sandwich

Sometimes a leitmotif can evolve along with the work.  “Hedwig’s Theme (Lumos)” was just that – Hedwig’s signature musical cue in the first Harry Potter movie.  However, it was used in all 8 movies and gradually became Harry’s theme, or more generally a theme for “good magic is happening.”  The music itself even evolved to match the tone of the series.  In the 4th movie – the first movie to end on a down note, with Cedric’s death and Voldemort’s resurrection – the music actually introduced the film, but was played in a minor key, lending it an air of moodiness and darkness.  Compare and contrast:

But sometimes a leitmotif is more subtle.  It can be used to suggest, rather than to state outright.  You all remember Lord of the Rings, I trust?  Oh, come on, it wasn’t *that* long ago!  I mean, it was just like a year ago when Fellowship – 2001?  Are you freaking kidding me? That was TWELVE YEARS AGO OH MY GOD WHAT IS THIS TIME, I DON’T EVEN –

*ahem.*  The “Fellowship Theme.”  Bold, brassy, used in the first movie to great effect.  After leaving Rivendell, it’s used heavily to show the Fellowship coming together, almost as a theme for the series.  When you hear it, you think about the whole group of adventurers traveling over scenic, huge New Zealand mountains:

But after Moria, and especially after the Fellowship breaks (Frodo and Sam setting off on their own; the death of Boromir) it’s never used in that same, full-throated brassy capacity. (Brassy Capacity, new band name, I call it).  In the beginning of the second movie, after Merry and Pippin are captured, you have that great scene of Aragon, Gimli, and Legolas trying to catch up.  The music is quite familiar…

But it never quite completes the full, recognizable theme, does it?  At :07, you hear those first three notes, a slower cadence, and at :11, the next three… but it never resolves.  At :20, it repeats, the first three notes more recognizable and with more “brassy capacity” – and then the next three notes are wrong!  They’re just wrong.  They’re off slightly.  They don’t resolve into that triumphant finish.  They don’t have that sense of completion.  Because the Fellowship is not complete.  God, music is amazing.  At :32, it finally breaks into the theme you recognize, all sassy-brassy and the camera pans to show them running – except, and listen closely now – the last few notes of the leitmotif have a different cadence than the original.

In fact, it’s never quite the same.  The “Fellowship Theme” shows up in all three movies, but even when it’s almost the same, at least a few notes are different, or the rhythm is slightly different.  Because after Moria, the Fellowship never really was the same, was it?

Movies aren’t the only big leitmotif uses.  It’s a huge feature of television as well.  The re-imagined Battlestar Galactica did this constantly, and by the end of the show, practically every character / event / location / relationship had its own leitmotif.  Remember the Adamas and that Celctic-esque pipe theme whenever the Admiral would bond with Lee?  Or that short, slightly ominous phrase that played whenever Chip Six appeared to Baltar? (Fun fact – the instrument it’s played on is called a gamelan – now you’ve learned something today; go forth secure in that knowledge)  If you find this stuff as fascinating as I do, Bear McCreary – who scored the entire show – has his own website where he comments on the process and musical themes and how he uses them.  That can be found here.

Perhaps one of my favorite examples of leitmotif is one from television, and a great one to end on.  Star Trek.  Ah, how I remember being allowed to stay up way past my bedtime to watch the premier of Deep Space Nine.  As an avid Next Generation fan, I was pumped to see it, yet sad that my favorite show was almost over.  The first episode of Deep Space Nine has more than a few “passing the torch” moments, but here’s my favorite:

Listen to the music as the camera lingers on Picard’s face.  That’s the Next Generation theme.  It continues for a few bars as the shot changes to an external one of the Enterprise leaving DS9… and as it moves away, the music transitions to the last few notes of the Deep Space Nine theme.  Powerful, lovely stuff.  Passing the torch, through music.  Music truly is a kind of magic.

Since the beginning of man we’ve been figuring out ways to get from one place to another without actually having to walk ourselves.   Hell today we’re at the point now where we’re trying to have…

Hopefully you guys have all seen Dawn of the Planet of the Apes by now. If not, fix that! It’s the best movie of the summer (barring Snowpiercer, which is a very different sort of… 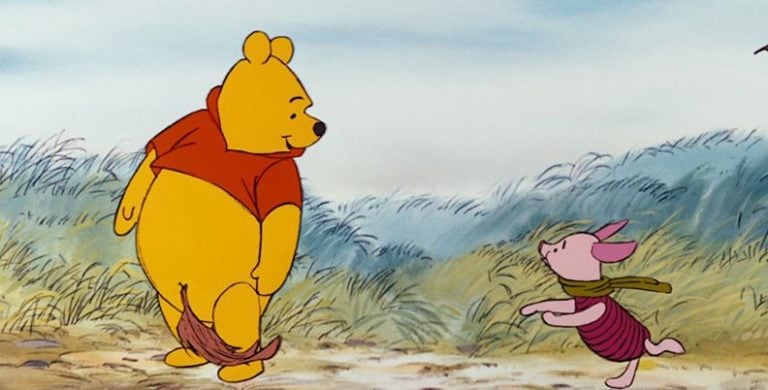 Are there any other adults out there who get an inner laugh every time they see the word “pooh” or say “pooh?”  Please tell me I’m not the only one.  So not only do I…

This episode seems to be a turning point in the season. Much like he did in the middle of last season, Hannibal finds himself throwing a dinner party. The main difference this go-round is the…

(click for giant size) From illustrator Mario Zucca comes this massive image that compacts nearly every major even of 2013 into a singular image, sent to me by our own Nick Verboon. It’s mostly pop culture-based…