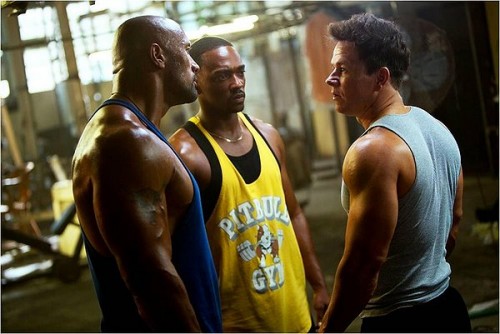 I’ve only been tempted to walk out of two movies in the past decade or so. The first was Transformers 2, an assault on my senses and intelligence so grievous, I simply could not handle three plus hours of it .

Now, I’m forced to add Pain and Gain to that list, another Michael Bay feature, as the man seems to have a talent for getting under my skin. Pain and Gain’s sins aren’t the same as Transformers. It’s not mindless, shapeless CGI action giving me a headache. Rather, it’s one of the most painful comedies I’ve ever seen.

Pain and Gain works so hard to be funny and almost never ever succeeds, creating a constant feeling of unease in the audience who forcibly blurts out a chuckle periodically like they’re being told to at gunpoint.  And again, with Michael Bay determined to make all of his films far longer than they need to be, what could have been a tight, smart hundred minute action comedy is instead two hours and ten minutes long, dragging out the agony for as long as possible.

The fault is Michael Bay’s, and Michael Bay’s alone. He has a great cast headlined by the universally likable Dwayne Johnson and the amiable-when-he’s-in-a-comedy Mark Wahlberg. But past that he has one of the most astonishing true crime stories I’ve ever heard of. 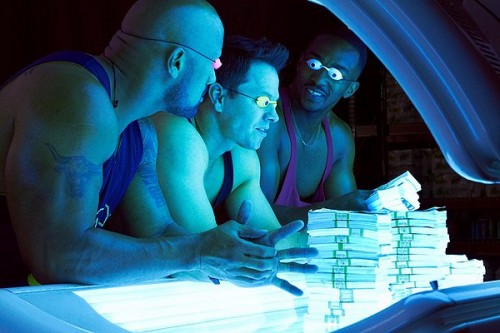 Research will be required after the film ends to determined just how much of what you see onscreen is true, but very nearly all of it is, down to every wacky detail. Pain and Gain tells the story of Danny Lugo (Wahlberg), a personal trainer who wanted the American Dream to come true by force. He enlists the help of his beefy gym buddies Paul (Johnson) and Adrian (Anthony Mackie) to kidnap one of his dislikable rich clients, Victor Kershaw (Monk’s Tony Shalhoub). They hold him prisoner and torture him to sign over everything he owns, from his house to his cars to his boat to his bank accounts, to them.

They attempt to execute Kershaw by staging a fake drunk driving crash, but despite behind battered, burned and eventually, twice run over, Kershaw survives and enlists the help of a private eye, Ed Du Bois (Ed Harris) to help him track Lugo down when the police don’t believe his insane story. But Lugo after assuming Kershaw’s life and blowing through most of his money, he moves on to a new target and his crimes escalate from kidnapping and fraud to murder.

As you’re watching all this unfold onscreen, you think that it’s way too far-fetched to ever be plausible, the plot more ridiculous than most  bumbling action comedies in the genre. But it is indeed true, and the film even pops up little notifications onscreen to remind you of this during the particularly insane moments.

This is literally all the film has working for it, the fact that this ridiculousness is all true. Everything else is egregiously mishandled by Bay, and you’ll be astonished by how he took such a bizarre, real life story and turned it into a completely unwatchable mess. 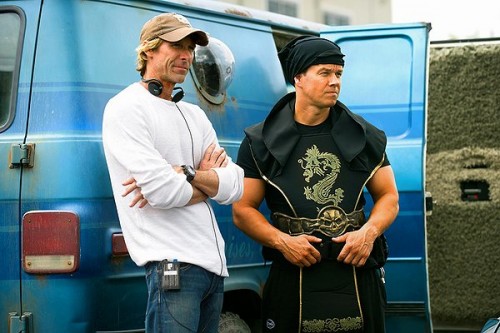 Michael Bay cannot do comedy. You may reference Bad Boys as being rather hilarious, but that’s 100% Will Smith’s doing. Rather, to take a look at Bay’s vision of comedy, look no further than the aforementioned Transformers series with giant robot balls, racist metal minstrels and dwarves appearing onscreen for no reason. Much to my amazement, Pain and Gain also puts a dwarf onscreen for no reason other than dwarves are supposed to be funny.

Really, that’s the entirety of the film’s comedic principles. All of this is supposed to be funny. A goofy team of bodybuilders hatch a haphazard plan to get rich and screw it up at every turn. Literally every single line tries to shoot for a laugh, but only a few out of hundreds actually land. I can honestly say I don’t think I’ve ever seen a film with worse comedic timing. The jokes are stacked on top of each other way too quickly and any good ones in the pile are buried by a hundred times the amount of bad ones.

It’s probably a little hard to turn a rather brutal series of real life crimes into a comedy, but it would have been possible under better leadership. Bay is not the guy for the job, and the leads are all wretched human beings, but commit the worse crime of being terribly unfunny in a comedy that by all accounts should have been hilarious.

You may laugh here and there at the beginning, but by the end you’ll be begging for mercy for it to end. Michael Bay does one thing reasonably well, larger than life action, but strip that away and he has literally nothing going for him. This was his attempting at “regular” film and it’s a horrible experiment that should have been killed in the laboratory and burned to ashes. It’s a waste of an incredible true story and a talented cast, and despite middling reviews, Pain and Gain is truly one of the worst movies I’ve seen in years. 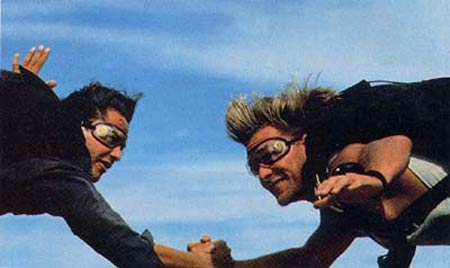 In slang terms a “jump scene” is actually referred to as a scene that makes you “jump” out of your seat.   You know the kinds of scenes that scare you.  For example a loud…

I don’t think you can even name three cooler intergalactic gunslingers than Han Solo, Mal Reynolds, and Peter Quill. And put them all together? Their awesomeness would have be contained by rendering them in LEGO…

I’m not really quite sure how I feel about Tim Burton.   I think he’s made some great movies, and he certainly has a unique style, but in recent years it seems as though his… 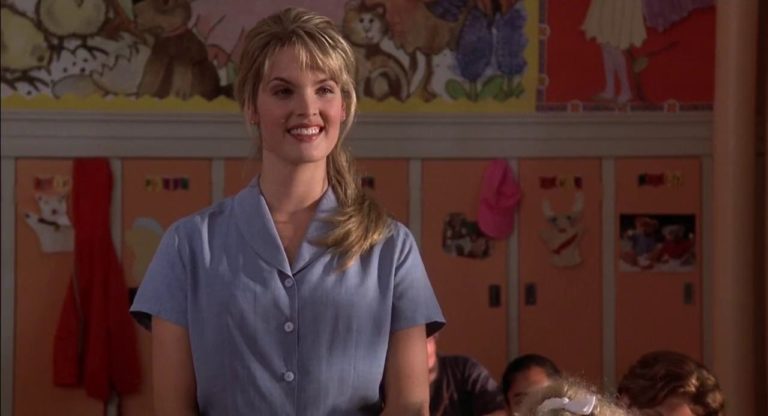 I wish all my teachers were as interesting as the ones I see in movies.  The best I had were my first grade teacher, Mr. Hafner, who would drive any student that could complete a… 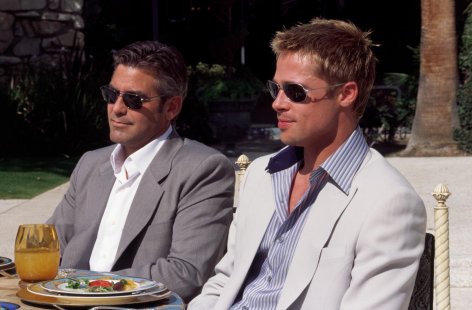 Let’s face it gentlemen, some guys are total studs.  And let us simply throw down our masculinity hats for a second and accept that.  It doesn’t mean you have to aroused when seeing these dudes… 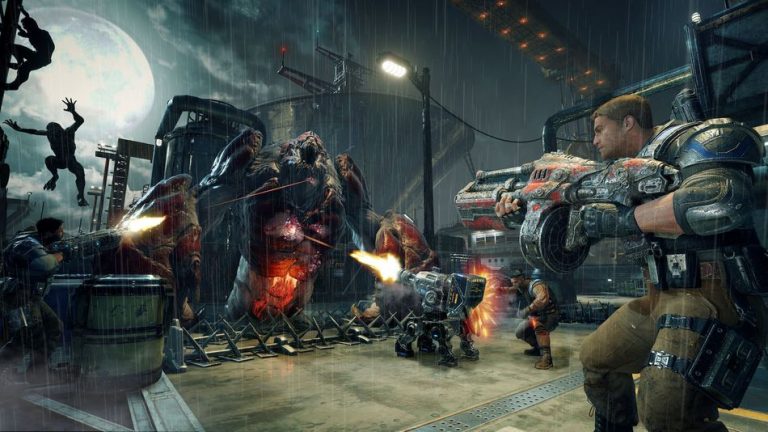 If you’ve read our site in the past you’ll know that we’re huge skeptics when it comes to video game movies.  For whatever reason it just seems that Hollywood can’t get it right.  And now…