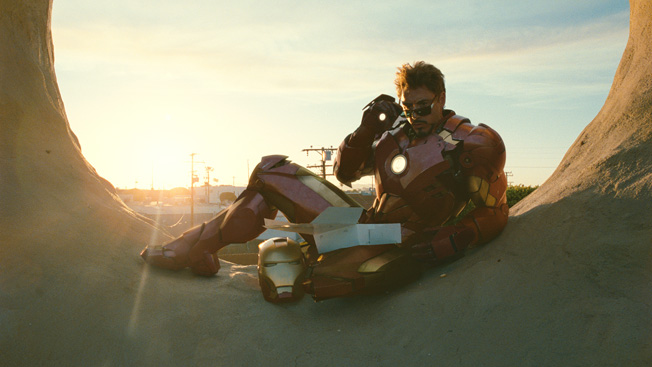 As waves of Iron Man 2 promo materials overloaded my senses on a nearly constant basis for the last six months, my patience with the sequel began to erode. It appeared as if the film was taking a dangerous Spider-man 3-like turn, with too many villains, too many stars and too much to keep track of.

Iron Man 2 seemed like it would be a bloated mess, too over encumbered to replicate the slickness and style of the instant classic original.

Sometimes it’s nice to be wrong.

Yes, Iron Man 2 has many, many moving parts, but seeing them come together isn’t like watching an elephant put together a 10,000 piece jigsaw puzzle as you might imagine, rather, all the pieces assemble and interlock almost seamlessly, like you’re watching Iron Man’s suit mechanically wrap its way around his body. 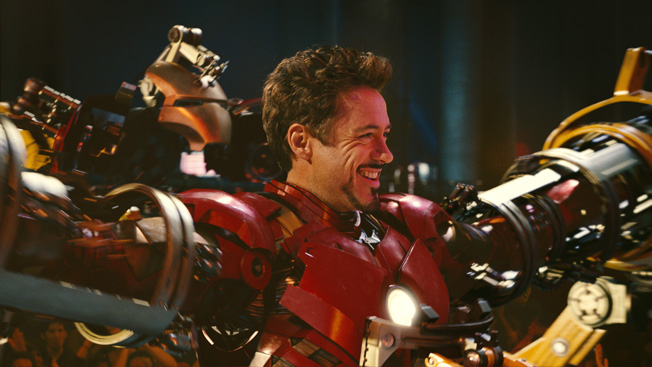 There are many plotlines weaving in and out of each other, and even more characters to keep track of this time around, where the first film as an origin story really only had one main hero and villain to worry about. Here however, there is much more going on, yet surprisingly, it’s incredibly easy to manage as it all unfolds.

Tony Stark (Robert Downey Jr.) is now even more of an international celebrity after revealing to the world he’s Iron Man. It’s a time of unparalleled peace, as terrorists are too shaken to defy the flying metal death suit, and Tony is happy to take credit for ending the world’s wars, though the US government is pressuring him to turn over his “dangerous weapon” to them.

Stark has two rivals to worry about in this film, something we know from the get-go as secret traitors are SO Iron Man 1. First is Ivan Vanko (Mickey Rourke), the son of an industrialist betrayed by Howard Stark decades earlier, who now seeks revenge on his son, Tony, using his own arc reactor tech against him. After Vanko’s failed, but impressive assault on Iron Man in Monaco, he catches the eye of Justin Hammer (Sam Rockwell), a government defense contractor eternally jealous of Stark’s genius and determined to create a weapon as deadly as the Iron Man suit with Vanko’s help. 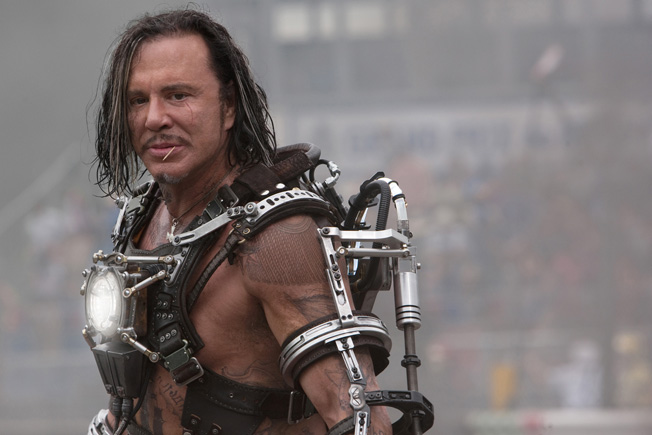 But Tony has a few friends in his corner as well. There’s Pepper Potts (Gwyneth Paltrow), his longtime assistant and sometimes make-out buddy who more or less runs Stark Industries now that Tony’s ego has tripled in size since the Iron Man reveal. Lt. Rhodes is back with a new face in the form of Don Cheadle (playing the part much better than Terrence Howard I’m obliged to say), and he has the dual duty of being a friend and confidant to Tony while trying to pry his suit away so it can be taken apart and replicated for US pilots who DON’T operate billion-dollar death machines with a fifth of Jack and a pint of palladium in their bloodstream.

The one extraneous plot shoved into the movie purely for the sake of setting up the (in my opinion, impossibly conceived) Avengers movie involves Samuel L. Jackson doing his best Samuel L. Jackson impression as SHIELD honcho Nick Fury. He sends a sleeper agent into Tony’s camp in the form of Black Widow (Scarlett Johansson) yet never once is she actually called that.

If one plot had to be axed for the sake of the audience’s sanity, it should have been this one, as Scarlett Johansson is a blank slate as Agent Romanoff, wondering why someone cast her in a movie where she DIDN’T have a married man to seduce (and even worse, actually ends up seducing no one at all in the film). She has one epic moment of ass-kicking late in the film, but her presence is in no way necessary to further the plot, and I suspect Ms. Johansson is only in the film because Gwyneth Paltrow’s boobs didn’t look big enough on the movie poster. 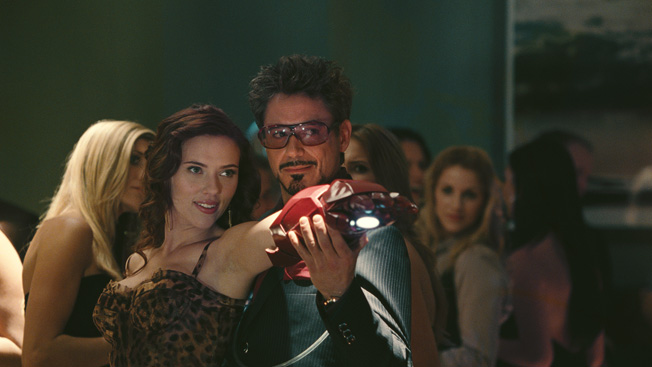 Did I miss something, or was this scene in no way in the movie?

I found it interesting that there really was no looming threat in this movie as it’s refreshing to see a superhero movie where no mad genius is bent on destroying the city, the country or the world. Sure, there’s a scuffle that threatens some civilian’s lives that’s cobbled together near the end, but this movie isn’t as much about explosions and gunfire as you might imagine, it’s really about character building and relationships.

I’ve heard complaints that Iron Man 2 is too slow, and its focus on the humanity of its characters rather than the destruction they cause is probably the reason for that, but I don’t view it as a bad thing. Stark and Pepper’s relationship is volatile, but passionate, and results in some real chemistry that you wouldn’t expect from a movie like this.

What I found more interesting however was Stark and Justin Hammer’s give and take, with Hammer trying desperately to emulate Stark in every way, snagging an interview with the Vanity Fair reporter Stark previously banged or doing an awkward dance on stage as he introduces his new robo-tech. He’s a pompous prick sure, but he’s one of the more pathetic villains I’ve seen in this genre. A little man with no real power, who’s not particularly good at what he does, more jealous of the hero than anything else. 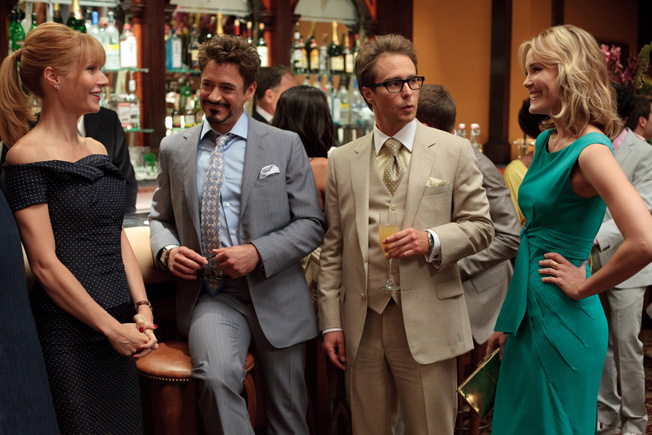 Also quite humorous are his interactions with Vanko, and I must applaud Mickey Rourke on an exceptionally understated performance here. Hammer yells at Vanko to build him some cool robots, but he responds only in short, often hilarious broken English sentences, and I’m convinced he doesn’t have more than a dozen lines in the entire film. In a sense he’s the movie’s main villain, but his presence doesn’t overwhelm the film at all, and I was very impressed with how he was used throughout.

These movies are just fun. No, it’s not quite as good as the first film, which is about as perfect as a superhero blockbuster can be, but this film is very entertaining regardless, when too many cooks could have easy ruined the pot. That a coherent, watchable story came out of all these random pieces thrown together is nothing short of a miracle, and to Favreau and Downey Jr. I say something I rarely utter given Hollywood’s current recycling landscape. Bring me another.