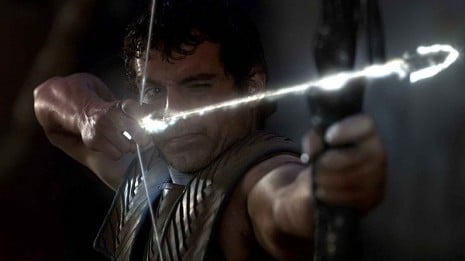 Immortals seems to think there has been a hole in audiences’ hearts that can only be filled by ancient Greeks killing each other in slow motion. 300 started the trend with great success, and became a new age classic to some. Clash of the Titans followed up less successfully so in terms of quality, but managed to secure hefty worldwide box office returns with its PG-13 rating, enough to warrant a sequel.

And now we have Immortals, which is some sort of hybrid of the two with “visionary director” Tarsem Singh at the helm. His signature style has made visually astonishing films like The Cell and The Fall, though their actual quality as movies is up for debate.

The story he’s telling this time is a more familiar one which speaks of gods and titans and men, and is a mish-mash of about five different Greek myths to the point where only pieces remain of each. The central story follows Theseus, a mortal trained in combat and wisdom by the god Zeus, disguised as a old man. Theseus is a future leader of Greeks, lover of a prophet named Phaedra and kills a man wearing a bull helmet. Other than that, the similarities to the actual myth of Theseus end there, and in the stories, it was an actual bull he killed. 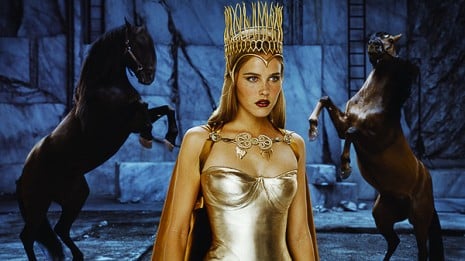 Rather, his mission in Immortals is vastly different than his role in traditional Greek myth. After watching the mad king Hyperion slaughter his mother, his quest for revenge intersects with the god’s desire to see the king stopped from releasing the titans, former gods vanquished and imprisoned long ago. Phaedra, the virgin priestess, foresees great destruction for Greece unless Theseus is able to get his hands on a godly bow that is the key to unlocking the titans, and an object Hyperion spends the duration of the film hunting down.

Immortals tries to reign in Singh’s craziness to a certain extent by inserting a more coherent story than his usual fare. Rather, he’s left to play around with his usually striking visuals, which in this case might be crammed into the two minute trailer, but they’re spread out far and wide here in his retelling of the tale of Theseus, the gods and the Titans. Yes, there are some extremely memorable costumes and bits of architecture, but with all that he had to work with, I feel that he could have done much more than meticulously craft a dozen different wacky helmets for Hyperion to wear. 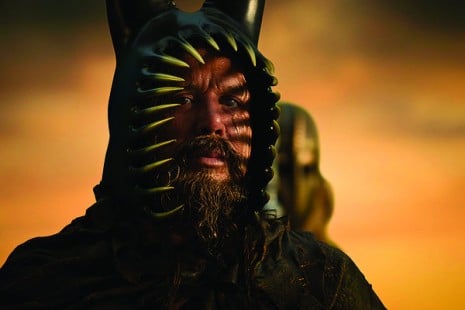 “I call this one the Pinsir”

For a film that promises to be about bloody battles between gods and titans with men caught in the crossfire, there’s actually not nearly as much of that as you might imagine, and the first three quarters of the film is relatively dull. Yes, there are one or two brief fight scenes where Theseus cleaves his way through  a few soldiers, or a god makes a few bad guys’ heads explode with a hammer, but for a movie being sold as though it were a spiritual sequel to 300, which was essentially one long battle, some might be disappointed with what they find.

Love it or hate it, 300 was a tightly put together package with no extra fat. And I don’t mean just the chiseled actors. The audiences wanted blood and battles, and it was delivered in droves. There were one or two quiet moments sure, but they were the minority. Rather than a sequence of battles with a few pauses, Immortals is mostly a series of pauses with a few battles.

That would be fine if the dialogue or overarching plot of the film was anything close to interesting. Theseus is angry, Theseus must overcome, Theseus must lead. He is the chosen one. All standard hero stuff. What’s disappointing is that very little of the film is spent with the gods up on Olympus. Zeus, in his young form played by Luke Evans, is a very “hands off” kind of god, and commands his fellow immortals to not interfere whatsoever with the affairs of men, even if the events in question might end up leading to their own destruction. If the command is broken, Zeus might not have his lightning bolts yet, but his magic flame whip (yeah, it’s strange) will permanently end the disobeying god’s immortality. 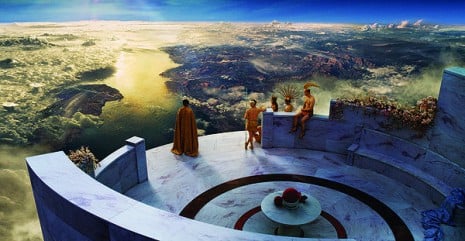 “We COULD make this film interesting, but we’re just going to sit here.”

That’s all well and good, but when the superpowered gods are restricted from doing anything in the entire film until the last segment, it’s rather boring. When their fury is finally unleashed, and we get to see a grand battle with the Titans, it’s fantastic. It’s a shame that the film doesn’t realize its potential until the last fifteen minutes, and afterward, the previous hour and a half feels like a waste.

Immortal does have a step up on Clash of the Titans in a few areas, most notably its unapologetic R-rated brutality that should accompany any Greek myth. It also has future Superman Henry Cavill as its sculpted star, who is has about 20% more conviction than Sam Worthington, but that’s really all he needs to surpass him. Lastly, the CGI is a blessing, not a burden under Singh’s direction, though I will admit I didn’t even bother with 3D as I don’t even bother attempting viewing movies in that format anymore.

There are distinct pieces of a very good film in here, but unfortunately they’re so few and far between it’s not worth sifting through the whole feature to find them all. With 300 and Clash of the Titans now getting sequels, it’s clear Immortals wants one as well, and if by some miracle they do get another shot, they should learn to pick up the pace a bit. We mortals don’t have forever to sit through boring films.

Given how much I enjoyed seeing The Social Network, it got me thinking.  I’m pretty sure I’ve already got a “awesome company movies” post lined up but something else that I thought was pretty cool…

If you want to see an awesome movie about the rebellious attitude of the late 70s you might want to check out Over the Edge.   To be honest it kind of reminds me of an…

(click to enlarge) I always have wondered what the hell transpired to take Mark Hamill from the star of the most beloved film series in history to complete obscurity almost immediately. Did he try to…

So, Shrek Forever After isn’t really current, nor is it old enough to let this be an actual retrospective. Why write about it now? In truth, what happened was I completely skipped out on this…