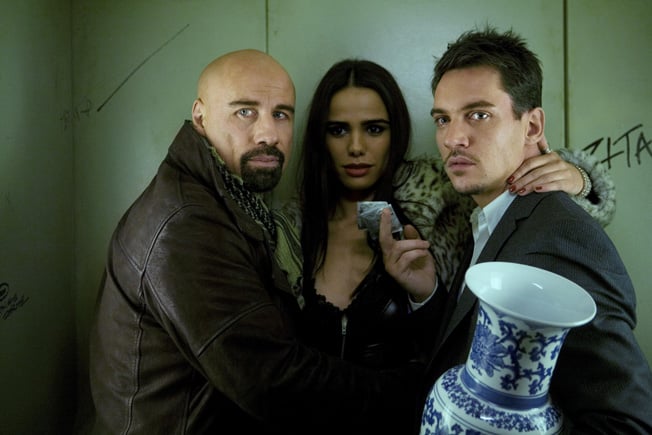 The last time a buddy cop movie went to France, it was Rush Hour 3, so needless to say, my expectations going into From Paris With Love weren’t exactly lofty. Sure, it was replacing the comically overused black/white culture clash pairing with the slightly less overused straight-edge/crazy-pants odd couple, but it was going to take more than that to inject life into one of the most tired genres in cinema.

Though From Paris makes a good effort of it, it ultimately falls flat, and succumbs to an increasingly preposterous plot and a lackluster performance from one of its two leads. It manages a few laughs and a few exciting gunfights, but will ultimately land itself in the bargain DVD bin at a going-out-of-business Blockbuster.

James Reece (Jonathan Rhys Meyers) is a CIA spook in training, and currently his duties are limited to planting bugs in embassies and changing license plates on the real spies’ cars. He wants to move up in the ranks, but is dismayed when that opportunity comes in the form of his new partner, operative Charlie Wax (John Travolta, as the creepiest he’s ever looked). From the moment his plane lands, Reece must reel in the out-of-control agent, whose case-cracking methods involve snorting coke and shooting nearly everyone they come across. 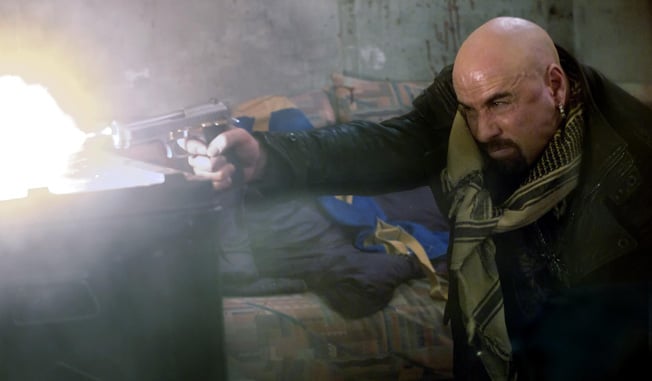 The whole thing plays out like if someone remade Training Day as a comedy, which is exactly as good of an idea as it sounds. The action is fast and furious, as the entire film takes place over the course of a day, and there’s rarely a moment where the action lulls long enough for the audience to catch their breath. This is reminiscent of writer Luc Besson’s last film, Taken, but it’s not nearly enjoyable this time around, because while that film was about a man trying to get his daughter back from slave traders, this film? Well, it’s hard to say really.

The plot jumps around so much you think it snorted some of Wax’s coke. One minute they’re busting a drug den, then shooting up a sweatshop, then storming an Al Qaeda terror cell, then shooting rockets at a suicide bomber on the expressway. The film doesn’t really feel like you care about how all these events are related to each other, so long as you’re watching cool slow motion gunfights and explosions the whole time. 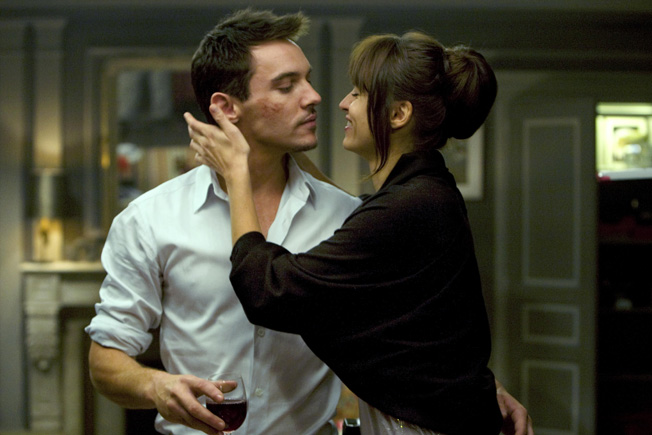 One of the film’s few brief moments of tranquility.

The action is frantic, but ultimately it’s nothing we haven’t seen before. Charlie Wax has every great movie secret agent’s ability to never miss a shot while never getting hit, despite automatic machine gun fire on all sides of him, and contrastingly Rhys Meyers fumbles around with a gun like he’s never seen one before, making both him and us wonder why exactly he wants to be an operative in the first place.

Travolta’s Wax does produce some legitimately funny lines, including one well-placed Pulp Fiction reference that’s by far the movie’s highlight. The same cannot be said for Rhys Meyers whose acting throughout the film is well, poor, and I can’t really dress it up any other way than that. Though he’s the main character, it almost feels like the film is watchable in spite of him, as he’s pretty useless outside of getting in the way of Travolta’s ass kicking and providing an avenue for the film’s central ludicrous plot twist near the end. 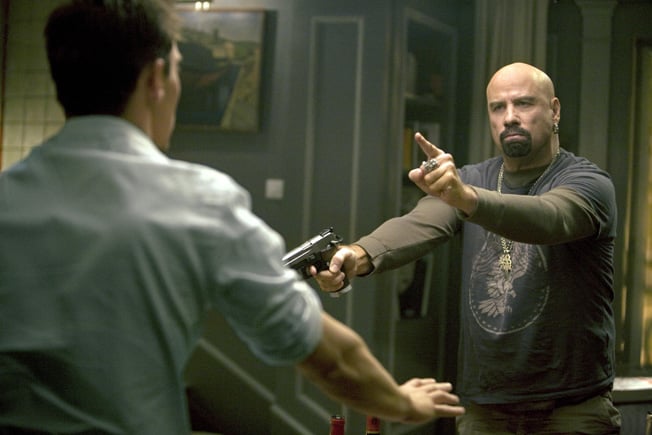 From Paris With Love isn’t a bad film, it just brings absolutely nothing new to the table. It’s a generic buddy cop flick at its core, and just because you dress it up in fancy clothes, make it speak French, and change the LAPD to the CIA, that doesn’t make it any less true.

Usually when we see “gender swap” art or cosplay, it’s girls taking over traditionally masculine roles. As fun as that may be, it’s interesting to see the other side as well. From regularly featured artist… 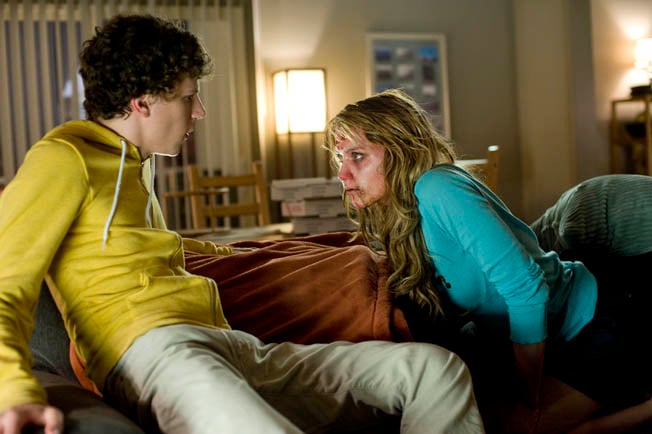 Zombieland’s greatest success and biggest failure are one in the same; the fact that the entire film can be condensed into this one sentence plot summary: A rag-tag group of humans come together to fight… 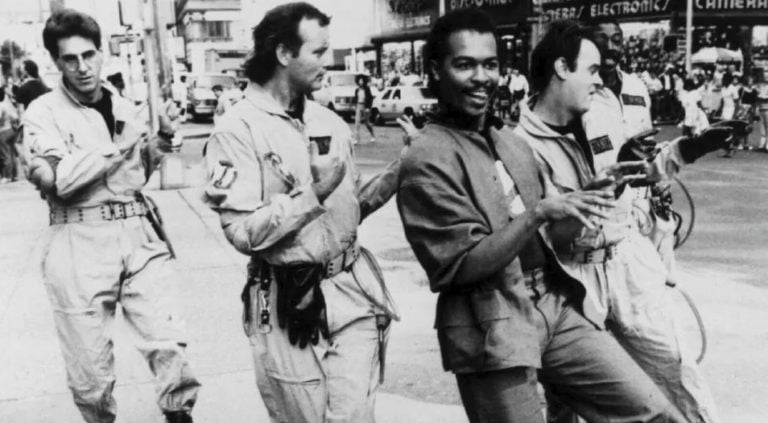 The actors and storyline of a film are often what makes a movie memorable. However, there are many other aspects of a film that keep it in people’s minds long after the release of the… 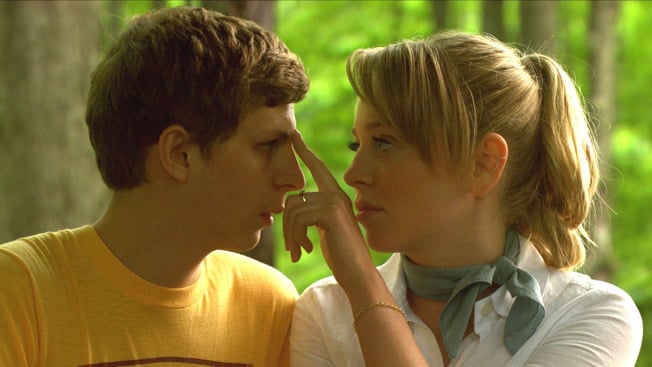 It seems to be the cool thing to do to hate on Michael Cera these days. Everywhere I turn, the poor kid is lambasted as the most typecast actor in Hollywood, and that his “awkward…

I came across this picture and it struck me as being profoundly sad. For as much as I like downloading movies off the internet, or receiving them in the mail, there is something depressing about… 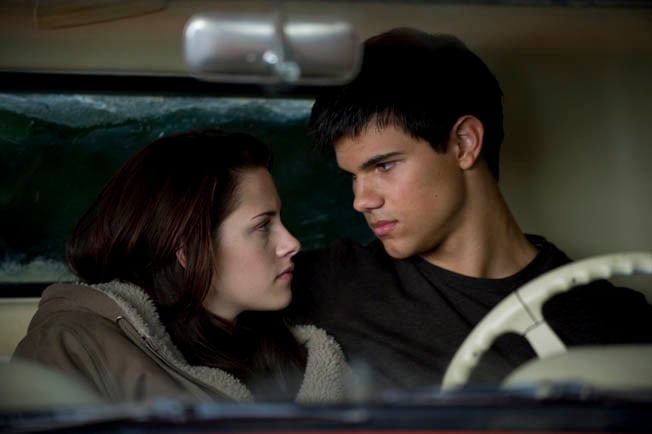 After seeing New Moon, and against my better judgment contributing to its almost-Dark Knight topping massive opening weekend, I think I’m starting to finally see the driving force behind the insanity this series causes. Now,…