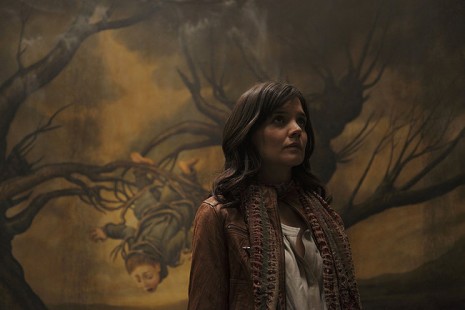 It breaks my heart to loathe a horror film that on the surface sounds like it has a creative concept. No murderous masked slashers, no zombies and hallelujah, no vampires. But even still, there’s no getting around how undeniably awful Don’t Be Afraid of the Dark actually is.

What’s a further disappointment is the fact that masterful creature creator and storyteller Guillermo Del Toro was intimately involved in this film. He directed PAN’S LABRINYTH, and had a hand in THE ORPHANAGE, which stands as my favorite horror film to date. Here he not only produced, but actually co-wrote the script, so then how could things go so wrong?

The concept seems fine on the surface. Sally (Bailee Madison) is a troubled child shipped off tolive with her father (Guy Pearce) who has just moved in with his interior designer and girlfriend Kim (Katie Holmes). The pair is busy renovating a creepy old house into something presentable, which hasn’t seen a resident since its original owner and his son mysteriously disappeared from the property close to a hundred years ago. 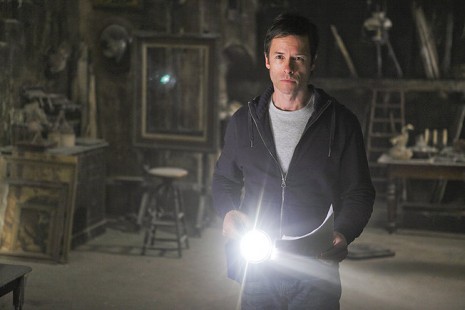 Guy Pearce searching for the reason he was in this movie.

Creepy voices call out to Sally in the night, and it feels like it could be borderline psychosis due to her abandonment issues.

Again, the premise of malevolent creatures lurking around a creepy house is acceptable, but once we learn what these things actually are, all sense of suspense or dread goes right out the window.

Once released from their lair in the hidden basement, the little devils start scurrying around the house, their mission to lure Sally down to the basement so they can eat her teeth, a desire expressed 100 years ago in the film’s opening, as they have a very particular diet.

The creatures aren’t hidden from view for very long, and when they’re revealed, it’s hard not to laugh. They’re entirely fashioned from CGI, and are about shin-high hunchbacked gnomes that look like they’ve been melted by radioactive fallout. 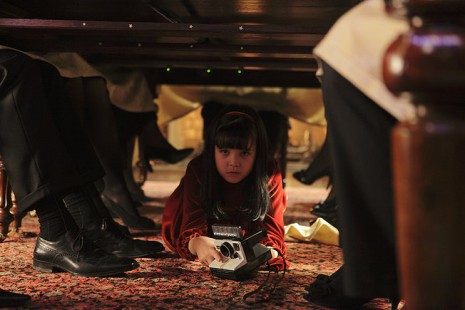 Yes, go attack them with your…camera.

They make for some of the strangest horror villains I’ve ever seen onscreen, as their ability to speak English and their propensity to wield weapons like screwdrivers and scissor blades make them feel more like the Lilliputians of Gulliver’s Travels. And how intimidating is an enemy really when you crush it with a baseball bat, a firm stomp or even better, absolutely any light source at all? Furthermore, they lose their creative design angle when you realize you’ve seen variants of them before in Del Toro’s HELLBOY 2.

The only scary moment found in the film is the scene from the trailer where Sally crawls under her sheets, looking for what lurks there. Then we see a “YouTube gotcha video” flash of a horrifying face of one of these little creatures, which causes the gut reaction of jumping which is completely out of our control.

But past that, there’s nothing the least bit scary or disturbing about anything in this film. The scenes where the creatures attack are more comedic than scary, as Sally flails around scaring them off with a camera flash while they pull on her dress and hair. I felt like I was watching The Smurfs from hell. 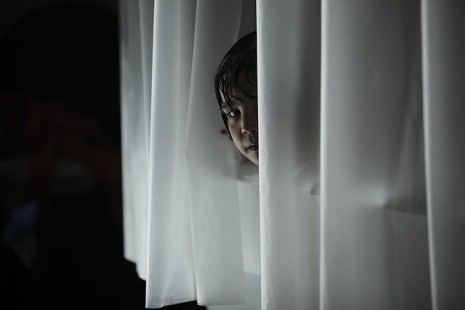 A supposedly terrifying scene in question.

But the film’s worst sin is that for the entire duration of the film, nothing actually…happens. Almost 95% of the movie is stuck in “you’ve got to believe me!” mode, where Sally is pursued by the creatures, and when she starts screaming, her father and Kim run in to find nothing, thinking it’s just her psychological issues acting up again. This process happens about five different times, and only in the last few minutes or so do the grown-ups come around. This happens right before an exceptionally anti-climactic and unsatisfying ending, which is just the icing on the cake of this supreme display of awfulness.

Why Guy Pearce and Katie Holmes attached themselves to this is head scratching. Pearce is rarely seen in a film more than ten minutes these days (THE HURT LOCKER, THE ROAD) and Katie Holmes is only let out of Tom Cruise’s basement to do very select projects, so why would the very choosy actors settle on this monstrosity? Additionally, why is this such a misstep from Del Toro, who normally can do no wrong?

Whatever the case, it’s these little shits we have to blame. The gnome/demon/tooth fairies that scamper around a film which somehow felt the need to be R-rated, despite its exceptionally juvenile concept. I was at least going to close giving it some points for originality, but then I learned the entire thing is a remake of a ’70s film of the same name. So really, there’s nothing redeeming at all here, and Don’t Be Afraid of the Dark is one of the biggest messes of the year. 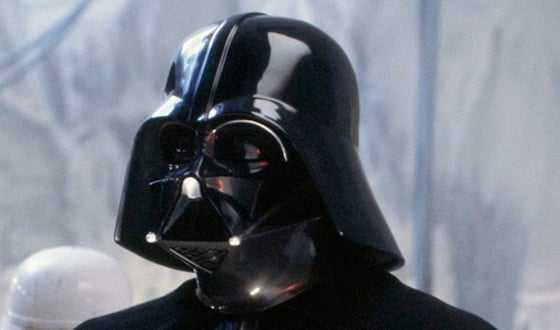 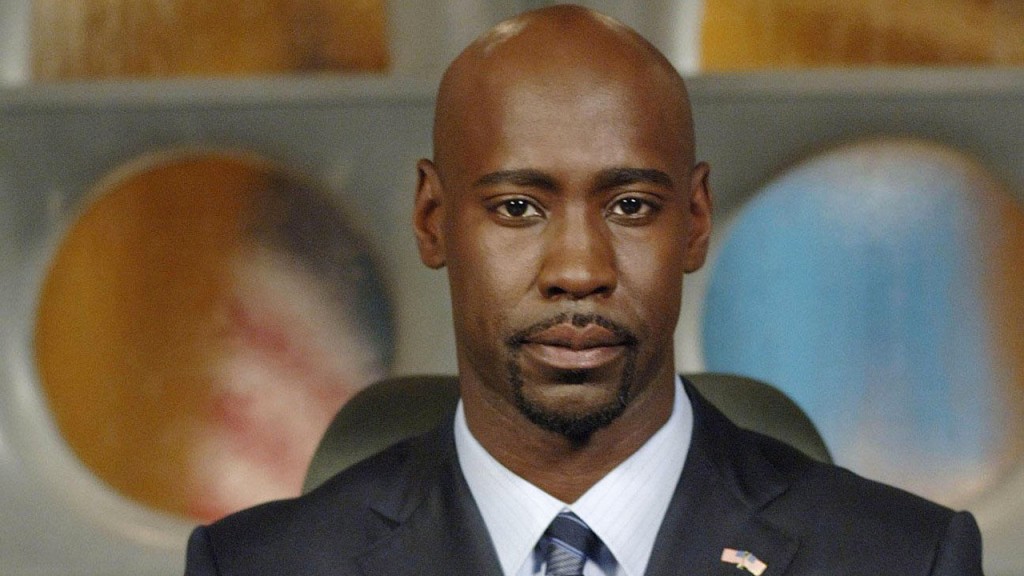