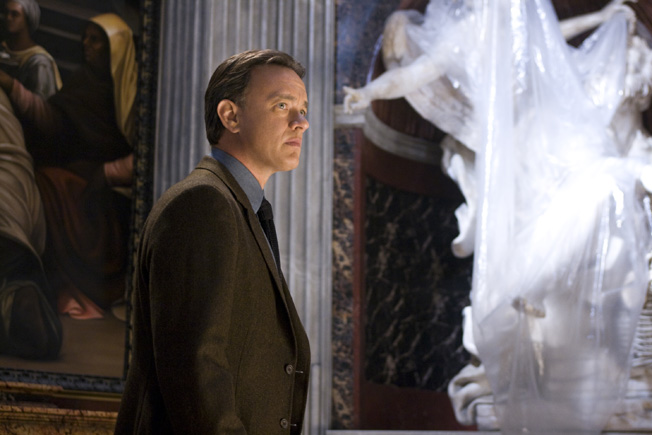 Back in 2006, when the movie adaptation of the Dan Brown’s DaVinci Code made hundreds of millions of dollars worldwide, it may have been a no-brainer to immediately start crafting a sequel, err prequel.

But here we are in 2009, and Dan Brown is less known as a best-selling author and more as the punchline to an infinite amount of literary jokes. The prospect of another film in the series has garnered less buzz than a hive full of dead bees, and with the less-than-great critical reception of the first film, we’re all just waiting to see how poorly the original book’s lesser known cousin will fare. And fare rather poorly it does.

Harvard symbologist Robert Langdon (Tom Hanks)  is summoned to the Vatican after a nefarious chain of events plague the holy city. The pope has just died and the top four contenders for the slot have been kidnapped by the Catholic Church’s ancient science-loving enemy, the Illuminati, who claim they will kill the Cardinals unless…well, no actually they’re just going to kill them.

But that’s not all, the second part of their elaborate plan involves breaching the Large Hadron Collider (the real life gynormous atom-mashing test station) and stealing a vial of newly made antimatter, which they will use to blow up Vatican City as a grand finale, demonstrating the awesome power of science and irony, considering the key ingredient to the bomb is the “God particle.” 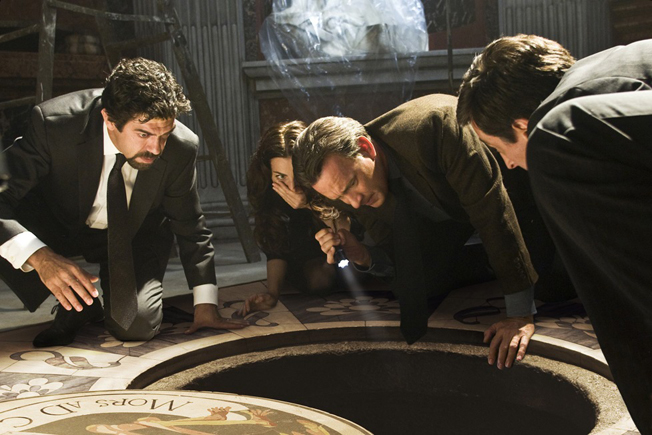 “It’s character development, and it looks like it’s been dead for some time.”

Unlike The Davinci Code, where the larger truth was simply that Jesus was a man with man’s needs, Angels and Demons addresses a larger, more relevant issue about the Church’s war against scientific progress. Unfortunately in the film, this issue is reduced to a few out-of-place monologues and hurried glances back at the ancient history between the Church and Illuminati scientists, with no deep explanation or revelations.

It’s kind of a no-win situation for the film, because the film is lacking if they leave this kind of in-depth discussion out, but if they spent more time diving into the history found in the book, the film becomes even more boring and stuffy than it already is.

They mysteries of Angels and Demons are decidedly less interesting than those of DaVinci, as they involve a watermark on an ancient text here and there and a whole bunch of angelic statues pointing at things. The “action” sequences of the movie are merely Langdon speeding through the streets of Vatican City trying to stop the next cardinal from being killed, but damn those traffic patterns, he’s usually about two minutes too late. 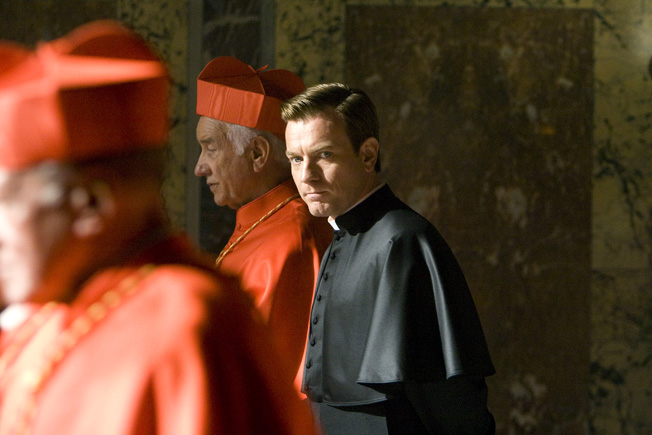 The end of the film has too many twists for its own good. Throughout the movie, there are red herrings so bright and flopping around they might as well be wearing t-shirts that say “I’m a traitor,” and the smart moviegoer will realize the obvious ploy and turn to the person we least suspect.

And when the big reveal finally does come, it’s more of an annoyance than a shocking moment, as once you sit down and think about the ultimate grand scheme this person had been plotting, it’s more outrageous than anything you’ve seen in National Treasure. Incidentally, that series is a lot more fun than this one, as it doesn’t take itself so deadly seriously, and Angels and Demons, with its antimatter bombs and two-man plots to successfully overthrow the papacy, somehow comes across as far less believable than Nicolas Cage finding the lost city of gold after reading a secret message etched on the Statue of Liberty.

It’s time that Tom Hanks and Ron Howard let this series go and move on to better projects. Both are brilliant as an actor and director respectively, and it’s been kind of frustrating to watch them waste their talents on adaptations of books whose hype and controversy overshadowed the really rather terrible writing that lurked inside.

There is potential for a good genre here, as ancient mysteries and conspiracies are uniformly fascinating, but if Ron Howard and Tom Hanks can’t fashion it into a good film in two tries, I’m really not sure who can. 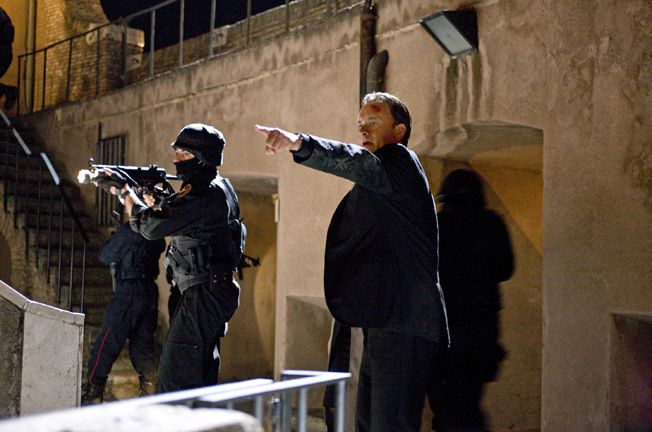 A Vatican SWAT team is no match for the silenced pistol of doom!

I think I’m pretty decent at predicting which movies are going to be good and which ones are going to suck.  I base my predictions not so much on a movie’s trailer, but instead on…

How I have not mentioned this movie is a complete mystery to me.   And how I didn’t know that Gotcha! was directed by Jeff Kanew (who directed Revenge of the Nerds) also bothers me.  So…

I would say that anyone over the age of 30 (possibly 25) should agree with me here.  What in the hell has happened to Hollywood in the last 5 years?  Are producers and writers so…

How crazy is this?  In what many people are considering to be the best action movie in decades, the special edition DVD is already on order?  No you’re not going to get it today but…

Wolverine has been through the ringer over the years, both physically, as he battles mutant after mutant sustaining more mortal injuries than can accurately be counted, and also as a character, essentially starring in now…

Pictured: Everybody who agrees. A lot of criticism — film, television, or otherwise — seems to be about tallying flaws and giving a grade. The approach makes sense; after all, that’s how you grade a…