League of Legends has seen many changes over the last 5 years. The most noticeable change is visual. Season 1 is far off from where we are today. The champions have seen big visual overhauls, with some icons changing completely, while the in-game animations and champion models have undergone extensive updates. But the biggest visual update is the map. It has changed from almost a cartoony feel to a more serious environment with updated jungle creatures, graphics, bushes, and more. All this being said, when speaking to players who have been involved with League of Legends since day 1, most will talk about the balance changes and the huge transformation of both the metagame and individual characters’ strengths, weaknesses, and spells.

Some argue that the game was more fun in season 1. This is most often said by players who loved characters that were “pub stompers.” At different points in time, certain characters could 1 vs. 5 the enemy team – for example, a fed Jax with Hextech, or a fed Akali with Hextech. It came as no surprise when Hextech Gunblade was nerfed, along with a bunch of 1 vs. 5 Champions. Today’s Meta is vastly different. Riot has struck down hard on “OP champions” and are trying to make the game as balanced as possible. Some may argue that they are overdoing it and nerfing a bit too much. I once heard someone suggest in a particularly dragging game that soon no champion will be able to kill any other, and you will need 400 auto attacks to kill someone at level 6. This is hyperbole, to be sure – there are quite a few champions that are “Dominating the Metagame.”

Today, one of the most picked Champions for toplane is Hecarim. As you can see from the graph below (taken from lolking.net), Hecarim is almost constantly banned in ranked play. That is because he is currently one of the most “op” toplaners.

In lane, Hecarim trades quite hard with extremely low cool down Q spam, with his W giving him life back. It is very difficult to lane against a Hecarim, and often the best you can hope for is to go even by using an equally high sustaining champion like Vladimir. Hecarim is also a “Carry Killer.” He can ulti in to the backline and go straight for the AD and AP carry. Unless they are well protected by their team, Hecarim will almost always manage to kill at least one of them, but the upside is: a Hecarim with high damage and focused on DPS is a semi squishy Hecarim, and you can sometimes beat him by throwing all of your CC at him and just bursting him down.

Either way, Hecarim is an extremely strong pick and you often see him banned in Ranked Soloq.

Let’s move on to Gragas. Gragas is one of those champions who has been all over the place. When he first came out, he became one of the strongest midlane picks, with extremely high burst, utility and sustain, he dominated both Soloq and Ranked 5s. After a while he saw some nerfs and he started being used toplane, until finally Riot almost completely shut him down; for a while, no one used him. These days though, he is definitely back and one of the strongest junglers in the Meta, rivalled only by Sejuani and Reksai.

Gragas is an AP jungler who these days focuses on utility and tankiness over damage. That is not to say he doesn’t do damage, but most Gragas players will build him tanky, and his huge mobility and utility help with ganks. His E slows and has a mini knock up, while his Q also slows, making his ganks hard to get away from. In addition, his ult is extremely useful for both ganks and in teamfights when you want to engage on one or two targets, or when you want to disengage from the team.

Sejuani is another jungler that is wreaking havoc on the Rift. Although her jungle start is a bit difficult and she has to go back earlier than junglers like Nunu and Gragas, the longer the game goes on, the stronger she becomes. Some will argue she is the strongest during midgame, where she will be extremely tanky, do a lot of damage, and have crazy CC; however, she is also a beast late game where she can out-tank almost everyone while still doing a crazy amount of damage. Most players will build Sejuani as a mix of tank and AP damage. We often see items like Cinderhulk and Leandri’s Torment built in Soloq, while professional players during LCS and ranked 5’s will most often build her as a straight up tank and use her for her amazing initiation. Almost all of Sejuani’s abilities slow, but her most amazing ability is her ulti. It sends out a huge shard of ice that freezes everyone who is near it, meaning you can often get 5-man stuns in your games with her. It causes the enemy team to be afraid of grouping together, and they will often have to try and flank the team with Sejuani. She is an extremely strong jungle pick at the moment and, as you can see on the graph below, she is among the Champions with the highest winratio in soloq. Because of this, she is often used by elo boosters (who log in to other people’s accounts to boost their elo score – a controversial practice in LoL) to crush weaker players, much to the dismay of players at lower tiers.

In this graph you see Sejuani, Gragas and Hecarim among the Champions with the highest win ratio in ranked 5 vs. 5. What may come as a surprise to some is that Nautilus is also on that list. He is not on the list for Soloq, although some high tier players do use him and see extremely good results, but he is the type of pick that is hugely beneficial for a team and is more often used when players are doing ranked 5’s than soloq.

The thing that makes Naut so extremely useful is his extreme CC abilities. His passive makes his first AA proc a stun, in addition to doing more damage. This can proc several times on the same target as long as there are a few seconds in between each hit. This passive alone makes him extremely dangerous, and when you are team fighting, Nautilus can stun every single enemy Champion at least once if he chooses. These days, Nautilus is actually used more often as a Support pick, and as someone who has played him as support in high elo, I must say I can completely understand why it was used in both LCS and Mid-season Invitationals. His Q is almost like Thresh’s Q, and when you have your passive to stun the target you drag yourself to, a shield to mitigate damage (W) and an AOE slow (E), there isn’t much the enemy adc can do once he has been hooked. Nautilus can also hook to terrains and walls, making him a strong gap closer when needed. As if that wasn’t enough, his ultimate is highly useful. It will knock up any target you select (as long as you are in range when you engage it) and any other enemy champions standing in the line of fire between you and your target. In team fights, he can knock up several enemy champions, slow everyone around him as well as stun everyone he can auto attack. Even as a support, Nautilus is extremely tanky when built right, making him one of the few supports that can truly dominate the enemy team with his huge bouts of CC and tankyness.

When it comes to midlaners, the most banned is Leblanc. This may be a reason why her win ratio overall in ranked isn’t as good as others, but she is an extremely strong pick. The most used midlaners by professional players during the LCS and various tournaments are LeBlanc, Cassiopia, Ahri and Azir. They are all strong picks, but the midlane champion domination soloq the most is Ahri.

Ahri is one of those timeless champions that always seems to be used, sometimes less than others, but she is always kind of there. Right now she is used a lot in Soloq, with high success I might add, and there are many reasons for that.

One of the things that makes Ahri so great is her mobility and her overall kit. She can easily roam to other lanes and gank, and she can easily push her lane, making roaming an easier option. Most Ahris will use their Q to constantly push the lane from the time they are lvl 6, and once the enemy is pushed to their tower, she will roam botlane (or sometimes top) where she can come from behind and use her ulti and charm to kill off at least one, if not both, of the enemy botlaners. Her Q does a lot of damage, especially since when it returns it does true damage and ignores all armor and magic resist. When her Q is maxed, it does an insane amount of damage, even without bursty AP items. Ahri’s bread and butter is her E. Most will engage with E, and if it hits, they go straight in and kill the enemy, seeing as the enemy will be charmed and walk slowly towards Ahri. Her W is generally overlooked by many, but it deals with a lot of damage and is perfect to use when you ulti in on your enemies, as it will prioritize champions over creeps.

Late game, anyone who gets caught by Ahri’s E will most often die, if not by Ahri then by the rest of her team, while Ahri is free to swoop in and out among the rest of the enemy team. It is very hard to gank or kill Ahri after lvl 6, as her ulti is both a perfect escape and a perfect initiate. It can go over many walls and will help Ahri chase down kills and escape the enemy. To sum up, Ahri is one of the strongest midlaner picks due to her high damage, her charm and her high mobility, allowing her to easily pick up kills from other lanes.

If you are a soloq player who is wondering which champion to use to help carry yourself higher on the ladder, here are my recommendations: 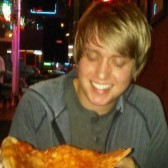