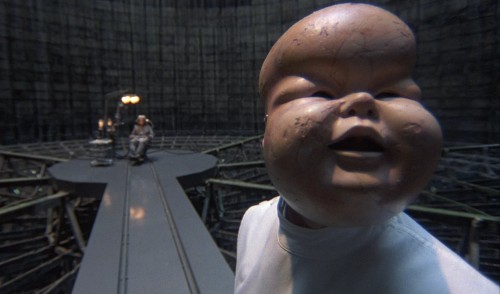 As any horror expert will tell you, movies can scare you in a variety of ways. Some movies get you with jump scares, others with haunting atmosphere… actually, I have no idea what horror experts say about this stuff. It’s not really my area of expertise.

That doesn’t mean I don’t have my short stack of favorite scare flicks. When I need a dose of the creeps, I’m liable to pop in The Orphanage or The Omen or The Shining. Or anything by Cronenberg, as you guys could probably guess. But that’s just if I want to feel tension.

What really scares me are those movies that feel like visions of a future well on its way here. The works turned out by modern prophets, dire warnings of a destiny that seems to get closer and closer every year.

To get a good dose of that existential terror, I usually turn to Terry Gilliam’s sci-fi comedy Brazil.

Short version: Gilliam’s magnum opus is, essentially, a British comedy version of Brave New World.* It’s home to his usual assault of bizarre visuals, chaotic cinematography, and memorable oddballs. If you like his style, you should absolutely see it. If you don’t, you should still check it out just in case.

As a piece of filmmaking, it’s remarkable. As a collection of images, it’s visionary. But as a view of things to come, it’s outright harrowing. Here’s why…

THE TRIUMPH OF SYSTEMS 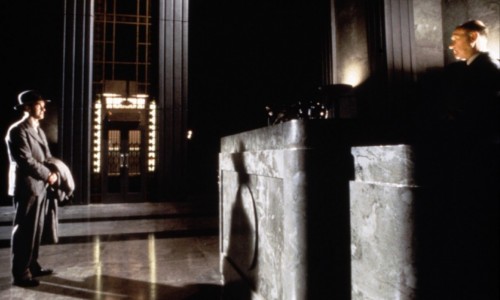 One of Gilliam’s more incisive bits of satire starts with the occurance that sets the whole plot in motion: The arrest of an innocent man. In most stories, there’s a nefarious reason for such a thing. Either the government is corrupt, or the man was framed, or some other conspiratorial wrinkle.

Not here, though. In Brazil, a fly falls into an automated typewriter, and so it bangs out “Buttle” instead of “Tuttle.” Did I mention this movie is very, very British?

Anyway, this is already fun stuff if you speak this movie’s language, but the real kicker is what happens after. The fly screws up the typewriter and sends Buttle to jail within five minutes of the movie’s open. The remainder of its two-hours-plus runtime is spent trying to get him out, despite his being 100% innocent.

While this seems ridiculous, Gilliam’s making a hell of an observation here. Bureaucracy is only inefficient for certain people. Whether fictional or real, what seems like a tangled mess can actually just be a one-way street. If you go the wrong direction, it snares you like a tree in a Sam Raimi flick. Like I said, unnerving. Oh, and wait until you meet the number one enemy of the state. His crime? Fixing climate control units without filing the proper paperwork.**

THE POWER OF TRENDS 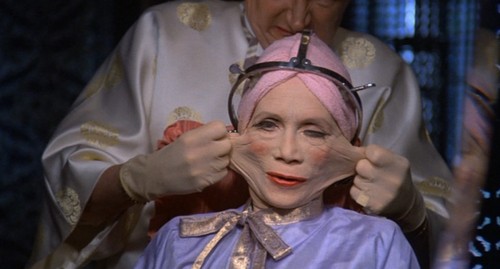 Online, the trends we’re ensnared in tend to be based more on attitudes and properties than fashion or tattoos or whatever. At least, this is the case in the media commentary community. In other words, it’s not like the colors and styles that are in this season get a lot of eyeballs, but any convincing rumor about the new Star Wars movies? You better believe it. Doesn’t matter if it’s actually significant (or even true).

Now, I’m not particularly picking on the people who are interested in movie news. Trends, in and of themselves, aren’t inherently evil. I’m curious about Star Wars, too.

Where trends get dangerous — and this is the point Brazil is making — is when we stop questioning them. When that happens, the trends take control. More importantly, the people PROFITING from them take control. And as an aside, the way these trends manifest themselves have to become more and more extreme to stand out.

If we don’t keep an eye on ourselves, we’re likely to wind up encased in bandages, repeating unsubstantiated facts as we pay to have acid applied to our skin. 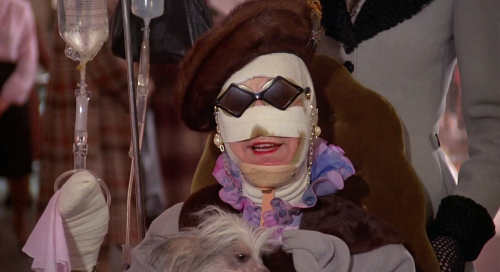 I think I jumped the gun on that example. One of the more memorable subplots in Brazil is the plastic surgery craze. Lowry’s age-phobic mother and her middle-aged entourage*** are always looking for the newest method by which they can artificially stave off wrinkles and gray hair.

This being a British dystopian satire, one of these women is slowly eaten alive by a newfangled acid treatment that she assures her friends is far superior to old-fashioned knives. This seems like something straight out of a more direct horror movie, except Brazil is even creepier because everybody’s so damn cheerful about it.

And it certainly made it weird when I heard about a friend’s coworker who got an “acid peel” on her face. I’m sure there’s a way to justify such a thing, and that the real version of this is not as bad as it sounds, but it still unnerved me to hear that yet another thing from this movie came true. 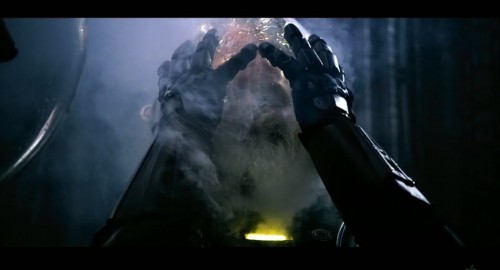 I’m just kidding. Mostly. Correct me in the comments if you must.**** But really, the point isn’t about whether or not using acid to remove your skin is a good idea. The point is simply that if the trends are powerful and pervasive enough, it’s easy for anybody to completely lose perspective over time. In this movie, the acid represents thoughtlessly following the crowd, your friends and self-proclaimed experts instead of seeing the truth available in the mirror.

Like I said, it reminds me of the aforementioned Star Wars insanity. I know this is a fairly low-stakes example, but that just makes the fever seem even more like a sickness. I’m talking about a phenomenon that has led real, professional reviewers to compare George Lucas to Idi Amin and Kim Jong-il. I’m sure all of you can quote any number instances of people being so committed to a way of thinking that they lose all sense of direction.

Heck, maybe I should be included on that list. I am, after all, writing 1000+ words about a thirty-year-old movie, trying to convince you that it’s basically telling the future.

Enough about me. Even more unsettling than the trends in Brazil is its depiction of…

THE FAILURE OF DREAMS 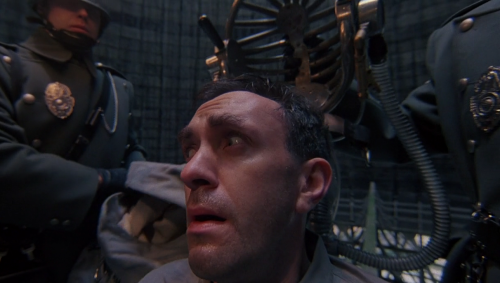 Brazil lands its hardest sucker punch just before the credits roll. See, at this point, Lowry has escaped the sadistic torture chamber where his former colleague was preparing to gruesomely interrogate him. He got out when a group of rebels rescued him in a daring shootout. Lowry flees. Though some characters meet surreal and nightmarish ends (yeesh, that funeral scene), he and his new lover Jill actually manage to get the hell out of the city.

Finally! They’re free of the systems, free of the trends… free of all the problems plaguing them at other points in the story.

And then the rug gets yanked out. Lowry’s still in the interrogation chamber. He never escaped. The flight to sanity was only a dream.

Now, this isn’t a typical “twist ending.” Okay, it sounds like one, but Gilliam’s not here to yell “gotcha!” He’s trying to confront a harsh reality. No matter how powerful they may feel, dreams can always collapse. 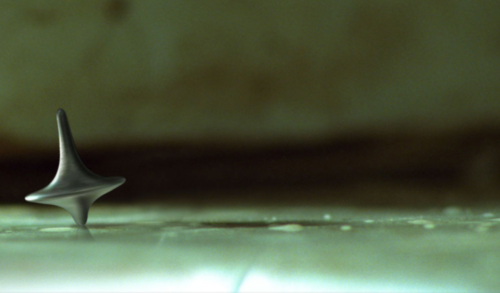 What about you? Which movies get under your skin with their prophecies of a tomorrow that seems right around the corner?

*Actually, that book scares me to death too.

**It’s also strongly implied that the government itself is at fault for all the damage going on, and they’re simply targeting this guy to act as a scapegoat for their own mistakes. Sounds pretty believable to me.

****It was really just too similar for me to ignore. That’s what you get for learning about the world through cult British sci-fi movies, I suppose.