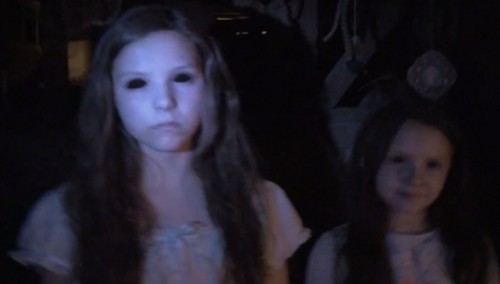 Hello and welcome to This Week in Movie Trailers!

After a long week of work, school, or being lazy, I bet you are all glad to see the weekend. I also bet you are glad to watch some movie trailers, so let’s get to it!

I think terrorists, bad guys, and people in general should just stop messing with Liam Neeson because we all know how it’s going to end. I like these kinds of movies so I shall watch this one!

Paranormal Activity: The Marked Ones

OK. I know I am going to have a lot of people disagree with me on this one because I know how everyone loves to get on the Paranormal Activity/Found Footage hate bandwagon, but I am excited for this film. Most of you probably think this looks terrible, but I absolutely LOVE the Paranormal Activity series and the found footage genre as a whole. Last year, I did some research and found a dozen lesser-known found footage films and watched them all within a few weeks. Yep! That’s me! Crazy Pete! The good ones freak me out and I love it. Will watch!

Speak of the devil! This looks … interesting, but why do studios think it’s a good idea to reveal the entire plot of the movie in a trailer? I hate when they do that.

I guess this movie touches on something that all guys have to deal with in their lives: Your best buds moving on in life. I’ve dealt with it back in my mid 20s and it sucked; but its life and I’ve also moved on! So, with that being said, I want to see this movie one way or another

I really don’t know what is going on in this trailer, but I love Jason Isaacs. He plays an excellent villain, but also plays a better good guy in my opinion. Punchin’ a lot of faces!

Holy moly, Gugu Mbatha-Raw (yes, that’s the real name of lead actress) is beautiful. Not my type of movie but holy moly.

I’m not really a big fan of Wes Anderson films because I think they can be sometimes pretentious in an annoying, hipster type of way. I did enjoy Moonrise Kingdom though and this film actually does look pretty good. It will be a rental for me I think!

Well, that about wraps it up. Have a good weekend, guys!