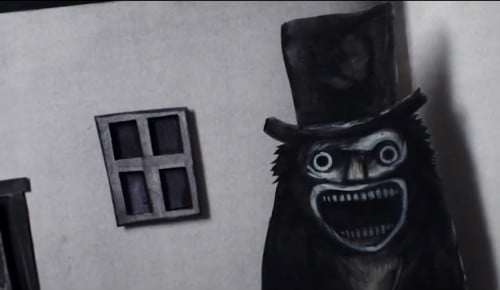 Is it as cold where you live as it is here? Dear god, my extremities feel like a mobile wind chime. I live in a city where it gets insanely cold during the winter and insanely hot during the summer. Experiencing the former is really getting to me lately, so let’s get these movie releases going! Come on Hollywood!

Speaking of release dates, though, I was actually pretty bummed out to hear that the Man of Steel sequel was delayed by a year. There are some wild rumors hitting the web as well, one of which stated that Affleck was threatening to walk if WB doesn’t get their act together. I hope it works out since I am one of those persons who is really looking forward to see what he brings to the character. I like the dude. Anyway, rumors are rumors and let’s not fret over things that we have no control over!

We do, however, have control over watching movie trailers, so let’s gooo!

I love horror movies, especially smart, psychological monster films like these. This looks terrific and terrifying and I really hope I can get a hold of this movie somehow, as this will likely not get a release in most cities in good ol’ North ‘Merica.

Interesting! I wonder if this will make a wide release. I’d see it for Sam Rockwell alone, but it looks pretty good regardless.

I’m usually up to speed on upcoming horror movies, but not this one! Looks neat, I guess? I’ll see it; it has good buzz from the TIFF!

Reviews are finally starting to pop up for the sequel to one of my favorite action films from the past 10 years. Some people are criticizing The Raid 2 claiming that it is an exhausting experience or whatever, but non-stop action is really my cup-of-tea, which is most likely why I enjoyed the first film so much. If it’s not your thing, that’s fine! That kind of violence isn’t for everyone. Anyway, this new trailer has me even more pumped for the sequel; a bit more of a storyline for this one, too, it seems.

Sorry for all the trailers of films who already have two or three other trailers, but hey, that’s January for ya! Anyway, there really isn’t anything new in the 3rd trailer except for a bit more dialog. Looks fun. Looking like a rush. And I have always had a big crush on Eva Green for some reason.

You guys looking forward to any of these movies?

I’ve always said that the greatest moviegoing experiences are often the surprises. Yes, we all thought The Avengers was going to be great, and it was. But I had just as much fun being blown…

Part of what makes science fiction films so interesting is their portrayal of the future. And it’s not just the societies that have formed, the laws that have been passed, or the wars that have…

There is simply no animator working today that can compare to Hayao Miyazaki and his Studio Ghibli. His stories are great, but it’s his animation that’s truly awe-inspiring, and perhaps there’s no better example of…

For all its criticism of being a “Michael Bay blockbuster,” I did rather like the second half of Man of Steel where the beast was unleashed and we got a full-on Kryptonian slugfest. Perhaps I’m…

Welcome to This Week In Movie Trailers! It’s Friday, and almost April, so let’s all celebrate with some movie previews! So, what do we have? Holy moly! This is THE week of 2014 so far…

On Unreality, we feature Disney Princesses practically every other damn day because there seems to be an infinite amount of fan art/redesigns/costumes/etc. based on the childhood characters most of us grew up with. But rarely…