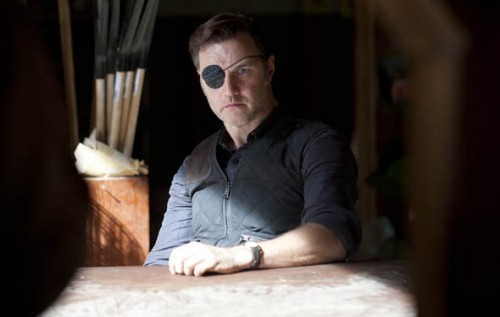 Just because an episode is slow, that doesn’t make it bad. We saw that last week in The Walking Dead with “Clear,” the bottle episode that was masterfully done despite focusing on only a few characters and not really moving the plot forward in many meaningful ways.

But then there are the slow episodes that are in fact not-so-great. Where people sort of shuffle around and it feels like needless build-up for some greater event we all know is coming. These are the kind of episodes that made season two feel so lackluster, and we had another one last night.

Andrea gets the bright idea to have Rick and the Governor sit in a room and talk things out. She hopes to prevent further bloodshed which we all know will not be prevented, but we at least have to make the effort to pretend like it could be averted, I suppose.

The best part of the meeting actually turns out to be the interaction between the “henchman.” Watching Daryl and Martinez out-zombie kill each other and shoot the shit was quite endearing, as was Milton’s banter of Herschel. 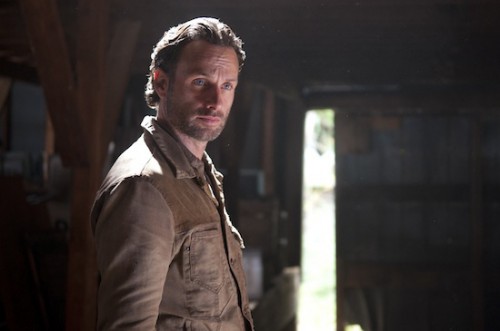 Really, the least interesting part of the proceedings was the central pow-wow between Rick and the Governor. Early on, we see that the governor has a gun taped to the table, but it never actually is used, or really even shown again. I guess it was just to create tension, which it did, but it seems to me that Rick could have spotted it when he arrived and searched the room, or after the Governor left, figuring out he’s a deceitful asshat, which I suppose he may know already.

Furthermore, it seemed odd that Rick would actually agree to share a drink, whiskey the Governor brought with him, and even get a little bit buzzed in the process. Speaking of alcohol, unless I was hearing things, we learn that Rick actually knew the Governor pre-apocalypse as a drunk who…crashed through his fence and drove up onto his lawn? That was an odd connection. (UPDATE: I’m an idiot who doesn’t understand metaphors)

Meanwhile at the prison, Merle fights with everyone to let him go and ambush the meeting. There’s yelling, chokeholds and threats, but ultimately nothing happens except Maggie and Glen make up and have concrete prison floor sex. I thought that something was going to happen during their escapade, but nothing did. Merle stayed put, and the meeting went off without a hitch.

Rather, the entire point of the episode was to get to the Governor’s final demand. He’ll trade Michonne’s life for the safety of Rick’s people, due to her taking both his eye and his zombie daughter.

At first, when Rick came back to the prison, it seemed like he wouldn’t even consider the deal, telling everyone to go to war. But then he confides in Herschel that he’s thinking about it, even though he specifically says the Governor could easily kill them all anyway. This is in fact what the Governor is planning, which we hear him tell Milton back in Woodbury. Because duh.

This seems like a stupid conflict to me. I don’t think anyone (meaning us, the audience) actually believes Rick will sell out Michonne, and if he does, it will likely be some part of an elaborate ruse that will end up in the Governor’s death. It just doesn’t seem like something Rick would actually consider given their circumstances. He knows this man hates him and wants him dead, and he’s willing to give up a new friend and arguably his best soldier for the mere chance the Governor is feeling charitable? That’s bullshit, and doesn’t mesh with the person Rick has become. He’s smarter than that, and knows he has literally no reason to take the Governor at his word.

I was a bit confused about Andrea going back with the Governor. Wasn’t this supposed to be her big moment of truth where she had to pick a side? What the hell is she still even doing in Woodbury? After all she’s found out about the Governor, does she actually still like him? If so, her character is becoming not just dumb, but unredeemable.

Anyway, this wasn’t a terribly good episode, but not just because it was slow. It simply meandered around then presented a problem that doesn’t seem like a particularly difficult one to solve. The show is growing static, and things need to start moving. After this week in the doldrums, I imagine that will indeed happen shortly, but my patience is starting to wear thin.