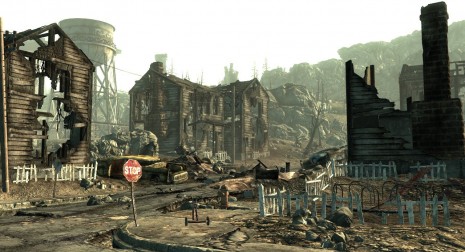 If you’re reading this, I’m guessing you’re one of the 7 billion or so people who survived the 2011 Rapture. Or perhaps you’re dead because you starved in Africa while $100 million was spent by a bunch of lunatics on promoting the non-existent event this weekend.

In any case, the whole thing got me thinking about how the world really might end. I don’t subscribe to the “people being vacuumed up into heaven and  the rest of us will be eaten by locusts” theory, but nor do I believe in the “global warming will make ice caps melt and the world will drown except for Siberia which will turn into a resort paradise” premise. Rather, I have another theory, and laugh at me if you will, but let me at least explain it to you.

The world will be destroyed by video games.

Now, I’m not Fox News. I do not think Grand Theft Auto is making our children become serial hooker beaters or Duke Nukem is turning us into animal rapists. But I think the seeds have been planted for games to become far more popular than they currently are (and the medium is growing rapidly), but more pressingly, much more addicting. 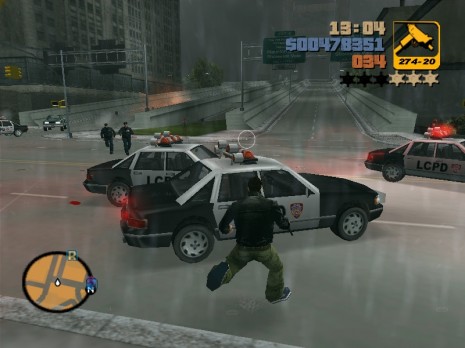 Fortunately, I haven’t killed any real life cops yet.

There are a few keys to the video game apocalypse becoming a reality, and we can already see some of the basic concepts in action. There’s no question that the most addicting genre of game is the MMO. Be it World of Warcraft or Second Life, a massive scale game of players pretending to be better versions of themselves is an inherently popular, and subsequently addicting concept. Though the majority of players can enjoy themselves “safely” in these worlds, there are some who get completely lost in them, losing real world wives, husbands, friends, family and on occasion, their lives because of their obsession with the virtual world.

But the fact is, even players with only a “moderate” addiction are sacrificing huge amounts of time. They may not play 12-15 hours a day like the crazies, but 3 or 4 even is a lot of lost man hours that could theoretically be put to use being actually productive in society in some way. But these games have an undeniable pull, and that’s what I want to examine.

What’s fascinating is when you actually look at these games, how simplistic they actually. This is what World of Warcraft looks like: 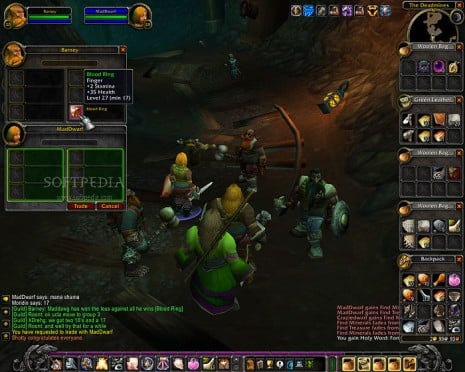 Not bad, but more or less, it’s a cartoon, with a cluttered mess of menus to boot. If people can get lost in this world, what happens when the graphics and gameplay in these series start to increase exponentially?

The other day, I posted a video that showed the sorts of advancements that are being made in virtual facial animation software, and there are dozens of other videos showing the same sort of inevitable march to photorealism.

The first sign of the apocalypse will be when all these things are finally integrated into games, and graphics get to the point where they are literally indistinguishable from reality. Already now, I’ve seen a few examples of CGI achieving this affect, but how many years will it take to be widespread? 10? 20? 30? Surely no more than that.

But whenever it hits, it’s going to take a bunch of souls with it like a tidal wave. Already in Japan, there is a subculture of men who have given up real life females for animated girls that look like this. Imagine if you were able to create a literal perfect virtual replica of your dream girl, who was in appearance and action indistinguishable from a real woman. It sounds like a sad sort of relationship, and it is, but if you think that a lot more lonely men wouldn’t choose her over putting in the effort to pursue a real relationship with a live woman, I think you’d be in for a surprise. 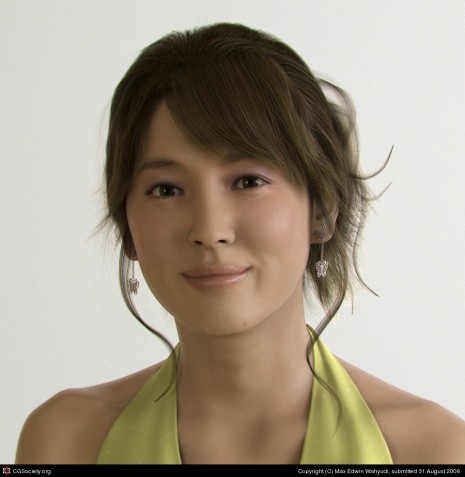 It’s shocking how close we already almost are.

Photorealism by itself will do a great deal in blending the real with the surreal to the point where players will no longer care to distinguish between the two. Why live life when you can have a better one in the virtual realm? But how do we FULLY get there? What turns this from unhealthy past time to Armageddon?

With photorealism comes greater immersion. The X factor is how the hardware will play into these future games. We’ve been imagining uber cool virtual reality headsets for years, and some do exist on a very basic level, but what happens when we figure out how to manipulate sensory input. Everything you see, hear, and possibly someday even touch, smell and taste can be fed directly into your brain.

This is where society could really start to come unhinged. A literal alternate reality, available to anyone who can pay for it. This concept first struck me as significant during a particular Batman Beyond episode called “Hooked Up” I saw years ago. A villain called Spellbinder had invented the sort of game I’m talking about. Kids plugged in, and could live any amount of fantastical lives through the games.

You could range from having a slightly better version of your own life, where everything is pretty much the same, but you get perfect grades, have a happy family life, and are dating the girl of your dreams. Or you could make it more extreme, where a school outcast could pretend they were a rock god. One can imagine taking it many steps further, as players could literally BE a legendary dragonslayer or an invincible space marine.  There is no theoretical limit once the technology exists. 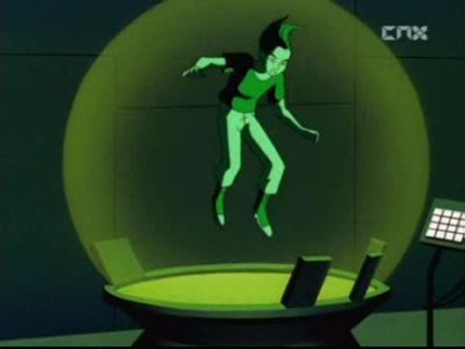 Would you do it? I’m not sure I could resist.

In the episode, Batman swooped in and busted the operation up, but before he did so, kids were literally purse snatching to pay for the experience. It was more addictive than most drugs.

And I think it still is today, its effects are just more contained and less potent right now. But mark my words, when, not if, graphics someday become indistinguishable from reality, that will mark a new era of video game addiction the likes of which we haven’t even scratched the surface of yet. And someday WAY in the future, if such visuals are combined with other sensory inputs, some people will find it far preferable to real life.

In a way, this has been shown in some films like Gamer and Surrogates, but in a slightly shittier way that use real people or robots as Avatars. But the concept is the same, as its people wanting to be better versions of themselves, or someone else entirely, and can do so through a simple game. I fear that the virtual world could destroy the real one, when one offers everything you want with no physical danger or actual hard work, and the other makes you feel like you’re stuck in your life’s station forever. Why work hard when you can just pretend? It could be such a widespread problem, that the gears that turn the world could eventual grind to a halt, and society could collapse in on itself as no one wants to live an actual life any more. 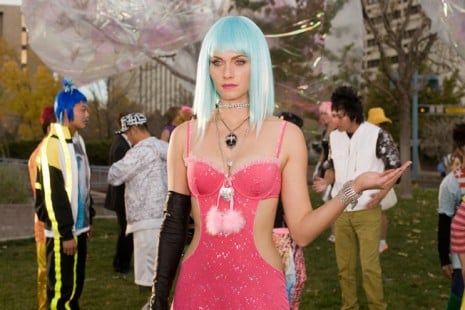 No, it won’t be with mind-controlled humans, but you get what I mean. What if you could be the perfect virtual version of yourself and do anything you wanted without consequence? Could you say no to that? If it felt real enough, could anyone?

Sure, this isn’t the most terribly original thought in the world, and I’m sure others before me have had it, but with the way technology is evolving faster and faster, I’d say it’s a much more likely apocalypse scenario than a rogue asteroid or nuclear war. I think that our biggest sin won’t be wrath, but apathy, and it could be the undoing of us all.

(Read journal #1 here first) Yeah, I know, another journal already? I’ve never done a day one and two back to back before, but I’ve been playing a LOT of L.A. Noire and I have…

You’ve read my thoughts on Mass Effect 3, and despite the ending, I still believe the series is fundamentally incredible. One of its best aspects is that its characters aren’t just one-dimensional archetypes. Rather, they’re…

httpv://www.youtube.com/watch?v=tc03GygUiMQ Alright, so I know there’s a select group of you out there who appreciate the occasional Starcraft match I post here, so here’s a doozy for you. A four player free for all that… 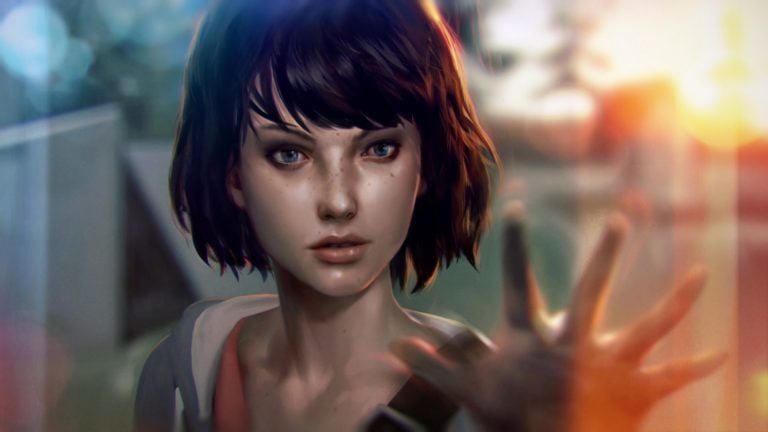 Life is strange is one of the most amazing games by the developer Dontnod. The game consists of five episodes, the latest of which is released this October. Although there are things in the finale…

I have many good memories of playing video games as a child, starting with watching my friend beat Sonic the Hedgehog for the first time, performing my first Mortal Kombat Fatality, Killing Andross’ flying head,…

As the year draws to a close, I thought it the most appropriate time to ask the question, what are you most looking forward to next year? Now, I don’t mean your wedding or the…