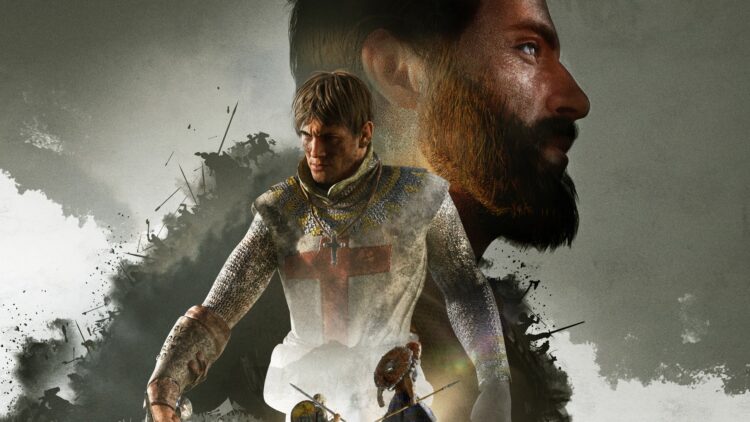 The Valiant is a new RTS being crafted by KITE Games which takes place during the 13th century. The main appeal to this game will be through the MP factors associated with it. However, there will also be a robust single-player campaign that will be about Theoderich von Akenburg who was disenchanted by the horrors of war during the Crusades. A lone monk named Malcolm arrived at Theoderich’s home 15 years after his service to deliver a message which will entice him to step into the battlefields once again. There was a piece of an ancient item called “the Rod of Aaron” which was unearthed by a fellow soldier named Ulrich von Grevel. The powers of this artifact have seduced him and now he’s on a quest to find the remaining shards. If manages to find all the pieces of the Rod of Aaron, then the consequences will be dire for humankind.

Hence, a race now commences as Theodereich must find the rest of the Rod of Aaron before von Grevel does. This journey will take players all throughout Europe and even the Middle East. Other characters will be introduced in the guise of mercenaries, old soldiers, and ominous politicians. There are many new features in The Valiant which gives it freshness in contrast to its RTS kin out there. There will be squad-based combat along with a slew of hero characters to utilize. The mechanics that are available for this game will be dense and ripe with experimentation. Generally, this new IP has the aesthetic of any other RTS that came before it. However, there are some interesting bells and whistles ingrained into the HUD which provide all manners of depth. A gameplay trailer was recently dropped which shows off some of what players can expect with this new medieval adventure.

The Valiant marks the ever-increasing evolution of RTSs since they became mainstream back in the 90s. With this title, there is a surprisingly hefty amount of RPG mechanics to be used. Hero characters actually come with a branching skill tree with three distinct abilities. Players can upgrade each ability and generally customize how they want their character to play. Skills will be passive and active in variety, which will be unlocked by traditional XP accumulated by accomplishing feats. There will be over five different types of heroes to choose from. The type of “heroes” which will be used in this title will come in the form of squads instead of just one individual. So, in other words, there will be entire groups of characters that will share a particular set of skills. They are almost like special factions of warriors which can be summoned on the battlefield at any given time.

Players will also be able to adjust and mold their hero builds in any way to their liking. There will be sundry weapons to switch out and play within The Valiant. So, it will be possible to have different builds for the varying hero squads. Thus, all the weapons will come with their own stats, tiers, and perks. This will also be true with other types of loot like armor which will also come with their own type of stats. Hence, there will be thousands of character builds to work with. Additionally, there will also be a large selection of standard units to use that come in the form of archers, horsemen, and foot soldiers. Hundreds of them can flood the screen with battles unfolding in real-time complete with a myriad of fighting animations and takedowns. Combat appears to be gritty and unforgiving. Offensively, players can launch catapults and knock down walls to storm a fort, burn down entire structures and trample on soldiers. Defensively, players can mount archers, seal gates and line up soldiers in formation.

The single-player campaign in The Valiant will have a rich storyline, cinematics, and recorded journals outlining the current plot. There will be about 15 hardened missions to complete and they will be able to be re-played with varying difficulties if players feel so inclined. Beyond that, there will also be both competitive and cooperative multiplayer modes which will offer longevity. Of course, the multiplayer aspect of this game will offer a vastly different experience in comparison to the single-player campaign.  Up to three players can join up with the “Last Man Standing” mode which is essentially a “Horde Mode.” Waves of enemies will storm players’ forts while players unlock new skills, level up their army, and even obtain new cosmetics.

Thus, there will all variations of competitive modes that will generally come in 1v1 and 2v2 options. This mode will, of course, offer special cosmetics, rewards, and ranking loot. The Valiant certainly has all the bearings for a solid medieval RTS title. The design is vivid, detailed and brimming with life. Not to mention that the destructive environments will offer not only a nice spectacle but strategic advantages. There are all kinds of 13th-century RTS on the market today and a new addition to this library is always welcomed. Especially with the new specs now being utilized with this generation. Any players that enjoy games like the underappreciated Stronghold or even Age of Empires might want to put this game on their wishlist. There is a lot of depth to this game and its accessibility can also provide a nice starting point for newcomers to the RTS genre.

There are certainly some similarities to the story of The Valiant to other IPs out there, for sure. In any case, this game appears to offer a lot for RTS fans and it could have a long life online. There is no release date available, but chances are that it might come out later this year or early next year. Whenever it drops, it will be playable on the PC, PlayStation, and Xbox consoles. Hopefully, there will be one more gameplay trailer that will showcase all the minute details that The Valiant has to offer. Until then, let us hope the developers give the gaming community an update, soon.