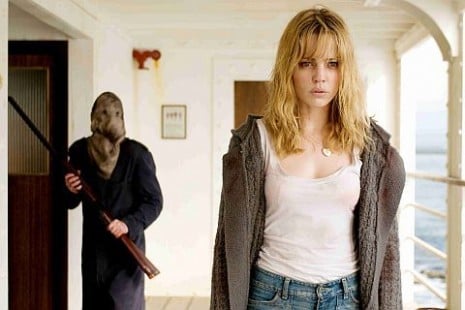 I presume many of you are searching for a good horror flick to curl up with this month, and while I will advise you to first consult my 10 Best Horror Films of Decade list, I thought I’d compile a new one made up of films that aren’t quite as widely known.

Yes, I love The Ring, The Orphanage and The Descent, but there are smaller, more niche movies that are deserving of your attention, and really, once you’ve been scared or grossed out once, it’s not quite the same if you watch the same film again.

Here are some new titles that some of you may have seen, but I predict most of you will have not. You may think a few of them suck, and I’ll admit they’re not without their flaws, but if you’re looking for a few decent horror films, you could do a lot worse than these. Feel free to chime in with your own suggestions in the comments. I’m always looking to expand my horizons.

10. All the Boys Love Mandy Lane 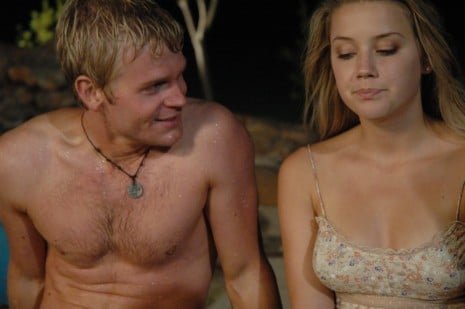 If you’re not in love with Amber Heard yet, watch Drive Angry, Zombieland or better yet, All the Boys Love Mandy Lane.

The film draws on the actresses insane sex appeal, and it’s sort of like if they made There’s Something About Mary a horror movie, as beauty can inspire boys to do crazy things.

It’s a fairly straightforward slasher film, but with a few clever twists thrown in, it stands out over similar films. 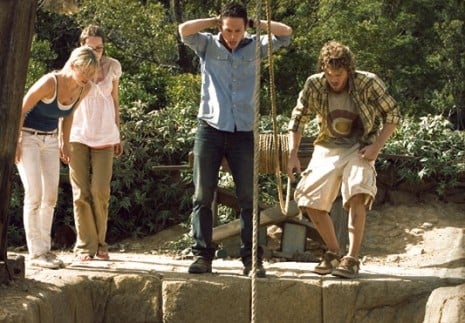 The Ruins is an interesting horror film that tries to be different than most other entries. It’s far from a perfect effort, but at least it’s trying, and it deserves a fair amount of points for that.

A group of hot young people (who else) go exploring to find some ancient Mayan ruins, but what they find is a curse that manifests itself in a way you probably wouldn’t expect.

It’s definitely one of the goofier entries on this list, but it’s worth it to at least figure out who the bad guy is. After that, judge whether or not you’d like to press on. 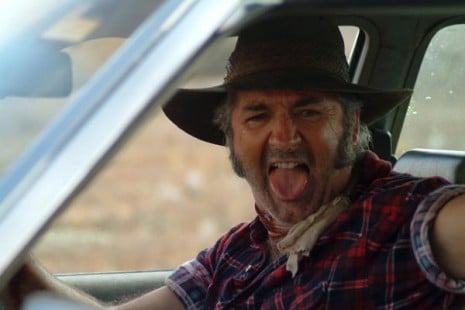 I always go back and forth over whether or not I truly like Wolf Creek, but in the end, I have seen it about three times so there must be something to it.

Wolf Creek benefits from having a long load up time that humanizes its future victims in a way that most horror films don’t bother to. I also like that it has a villain that’s literally the exact opposite of the mute masked killer archetype, as most of the time, he’s downright jovial. Still psychotic though.

The film falters when it gives in to a few horror cliches, most of which will have you screaming at the terrified twentysomethings onscreen “WHY WOULD YOU DO THAT?” but the film can shine despite this, and you won’t look at Australia as all kangaroos and Crocodile Dundee after this. 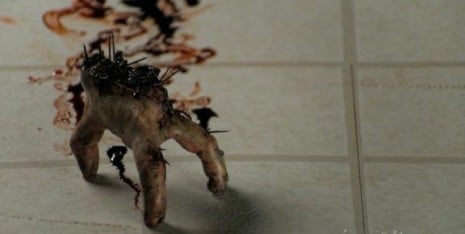 Splinter is a weird little film that stuck itself in my brain and never really went away. Like many of my selections, it’s sci-fi meets horror, but this is probably the lowest budget entry of all of the ones I’m featuring.

Practically the entire film takes place in and around a gas station, where the patrons and a would be robber are terrorized by a force unknown.

Splinter is interesting because of its enemy, which isn’t a man with a weapon or a zombie-like plague. It’s the Splinter itself, but you’re going to have to watch the film to fully know what that means. That hand should be somewhat of a clue.

Well I had to include at least one crazy ass Japanese movie on here didn’t I? I think that movies like Audition and Battle Royale are generally pretty well known, so I figured I’d try to drop one rung down with Suicide Club.

It’s a film that’s part horror, part social commentary on the astronomical suicide rate in Japan. The opening scene has a row of 40 singing school girls jump into the path of an oncoming train, and that’s only like, the third craziest thing in the movie. Can you say, rape/murder musical number? I kid you not.

Suicide Club may be a little too out there for some, but for those who can handle the madness that is Japanese horror, you might appreciate it. 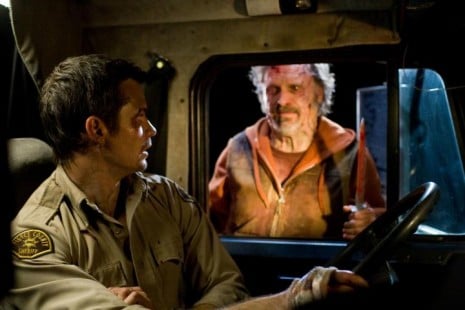 This is probably the most recent movie I’m pulling for this list, so much so that I actually did a review of it while it was still in theaters, but I think enough people might have missed it where it’s worth revisiting and recommending.

The Crazies stars Timothy Olyphant as a small town sheriff whose world is turned upside down when the people in his town start going “crazy.” It sounds simple enough, but it’s truly terrifying to watch friends and neighbors and other seemingly normal people become slowly effected by the disease of madness, and there are some truly tense moments to be found here that will stay with you (the pitchfork scene, you’ll know what I mean).

The film escalates to a point FAR beyond where you thought a movie like this would EVER go, perhaps too far, but I vastly prefer it to other modern horror efforts a-la-The Strangers. 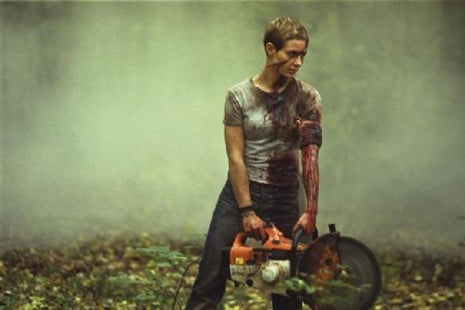 Yeah, I know I put it on my last list, but I think it’s still relatively overlooked. I will be the first to admit that High Tension is not without its flaws, as it is in fact riddled with an insane amount of plotholes once a world flipping twist is revealed at the end, but that doesn’t mean it’s not a good film in a lot of other ways.

It’s the first of two French films on this list, and as it turns out, that country really knows its horror. High Tension is brutally violent, but features a protagonist that actually fights back against the horror that terrorizes her, which is a rarity in movies like this.

You may not appreciate the twist the way I did, but the journey to get there winds through one of the better made horror films out there, and is well worth the trip. 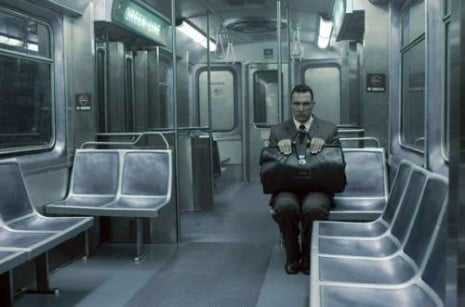 It even has people you recognize too! Bradley Cooper plays a photographer who gets wrapped up in the tale of the subway butcher, played by a yet again mute Vinnie Jones, who hacks people up on the last train out of town.

It seems like a relatively straightforward slasher, but as things progress, you’ll see that it’s far more than that, and revelations throughout the film make you wonder exactly what you’ve stumbled into with this strange film. 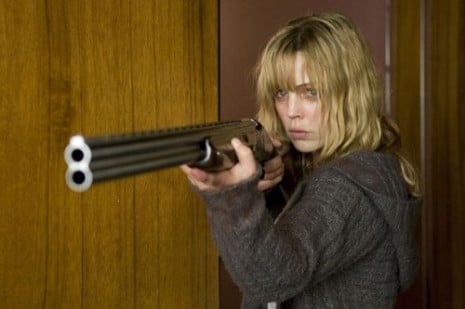 I have a reader to thank for this recommendation, and Triangle quickly became one of my all time favorite under the radar horror films after I watched it a few weeks ago.

There’s nothing too terribly innovative about a group of attractive people getting murdered on an abandoned spooky cruise ship, but once the time travel kicks in, things start to get interesting. Yes, you heard that correctly, time travel.

The film is perhaps more sci-fi than horror, but there’s plenty of blood and mayhem to be found nonetheless, and it’s an incredibly smart film that will have you trying to fully understand what you’ve just seen for hours afterwards, and hunting through internet forums to find the answer. After you’ve seen it for yourself, come back here and we can talk about it. 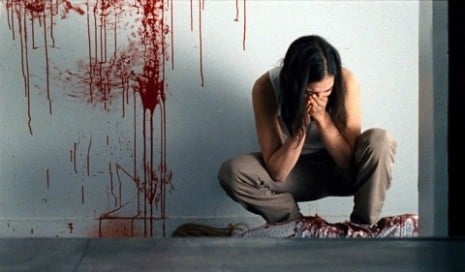 The French horror film Martyrs was originally recommended to me on the basis that it is one of the most “messed up” films in the genre, with a plot and specific scenes that can make even the most hardened horror veteran flinch.

It certainly lived up to that promise, as the film is absolutely stomach churning at times, but what I did NOT expect was the fact that Martyrs has some really profound themes running through it, and is one of the most intelligent horror movies out there despite all its gore.

If you can wade through the blood long enough for this message to become clear, I congratulate you. I’ve seen it with a few different groups of people, and many were split on what exactly the movie was trying to get across, and whatever you may believe in the end, it’s rare to see a movie in this genre inspire such a level of discourse.

Bonus: Tucker and Dale vs. Evil 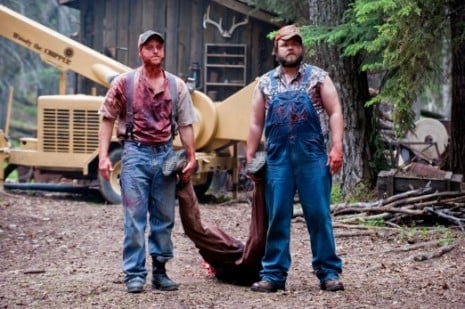 I guess I could do a separate horror comedy list at some point, but I wanted to throw in a quick plug for this movie while it was on my mind. Tucker and Dale are two rednecks who are simply trying to take a fishing trip to their new vacation home in the woods, when they run across a group of teenagers who are convinced they’re psychotic hillbilly killers. A wild chainsaw swing here, and accidental death there, and things escalate quickly, and Tucker and Dale find themselves as the ones being terrorized, falsely accused of being crazed murderers. Fantastic film, absolutely hilarious and you should check it out if you can.