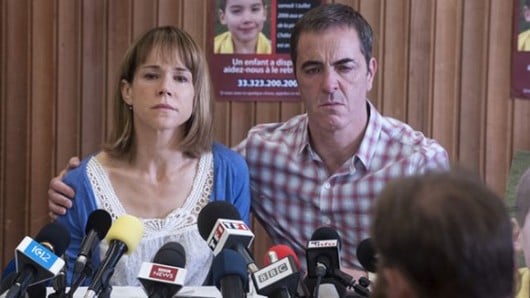 The discovery of Oliver’s drawing in the closing of the first episode of The Missing gave both Tony, Julien and the audience at home a sense of hope that we may find out what happened to Oliver, but like I said in earlier, no one does brilliant but depressing and bleak drama like the BBC.  The police and mayor were hesitant to follow up the lead even though the picture was almost exactly the same as the one Oliver had drawn when he was with his family eight years earlier.

Of course the reason that it wouldn’t be followed up is that it’s election time so it would be the worst time for them to reopen a notorious cold case and have it not pan out. God forbid they get anymore bad press! Who cares if their help would ease the suffering of the parents when the politicians reputations are at stake? It was quite painful to see Tony confronted with the news that the lead he found, the slight glimmer of hope that he may find his son, has just been snatched away from him as it isn’t deemed important enough. Honestly I don’t blame him for always having a glass of wine in his hand, if I was in his position I’d probably be having absinthe by the gallon.

Back in the UK we have Emily who is still unaware of what is happening in France and having to deal with her ailing father. I felt her actions were a bit bizarre in the first episode but now it’s starting to make a lot more sense. Before it felt like she was attempting to erase all the reminders she had of Oliver but now it seems like she’s already attempted to replace him and her old family with Mark (Jason Flemyng) and James (Macauley Keeper). When her father was asking for Oliver she repeated that Oliver is gone and it seemed like she was presenting James to him as a replacement, Mark probably sensed that so he pulled him away. Speaking of Mark, is anyone else getting quite annoyed by him? He’s basically commandeered Emily’s phone so she hasn’t received Tony’s messages, doesn’t she have a right to know? It feels like he’s insecure because he knows that him and James are a replacement, he was her liason officer when the abduction occurred and was there to support her which he’s continued doing so for eight years, if she has Oliver back he won’t be needed anymore. That may be the cynic in me, but my cynic tends to pan out most of the time. I have a feeling that him hiding Tony’s attempts to reach her will drive a wedge in between their relationship which will probably mirror the breakdown of Tony and Emily’s marriage in the past.

Oh how I love the two different timelines. We don’t get to see as much of Tony and Emily as I was expecting, but from what we do see of them they seem to be holding up as well as anyone in their position could be expected to, however in private we begin to see their relationship crumble. Tony is attempting to comfort his wife as much as he can even though you can practically see him breaking down inside, yet she pushes him away, like when she just leaves him at the café when he is attempting to make her eat. A brilliant scene where this is displayed is when Tony is waiting for Emily to come back to their hotel and when she does she embraces him and they begin to kiss and end up in bed. Emily is possibly trying to distract herself and Tony from what has happened but then she looks at Tony’s face and is reminded of Oliver. They are unable to go through with it and they lie on the bed as she cries, and although they are together they aren’t holding each other or sharing in their grief, the characters seem completely separate both physically and emotionally. 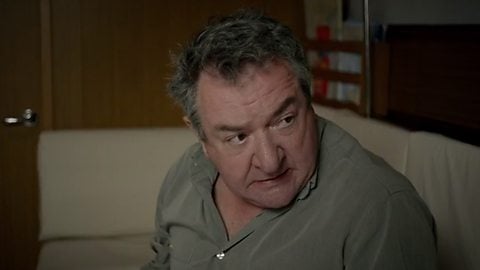 The timeline in the past shifts focus from the grieving parents for the bulk of the episode and we are introduced to Vincent Bourgh, who is a person of interest to the police, and Ian Garrett, a property developer who initially seems like he wants to help the family by offering reward money for information. Vincent caught the attention of the police as he is often seen around the pool where Oliver was taken and has had a previous conviction for being in possession of child pornography. He seems adamant that he is innocent (of the kidnapping at least), insisting that he was in a park when the incident occurs and even refuses to confess when the police are more heavy handed with him. Eventually witnesses come forward and say that they saw him in the park and the police have no other option but to release him. Vincent is also seen in present day, now working in London and attempting to deal with his past actions and in all honesty I pitied him. I never thought I would pity a pedophile, but it’s quite obvious that Vincent is disgusted with himself and what he’s done which is evident when he is around a small child and he can’t stand it and runs away because he finds himself disgusted by his own thoughts. He turns to hormone injections, which is essentially a chemical castration, just to keep his urges at bay.

The Missing shows us a lot of Vincent’s story but we don’t get as much information as I would have liked about Ian Garrett. He’s introduced in the opening of the episode which signifies that he’ll probably be an important character in the long run and later on in the episode he offers Emily and Tony £100,000 to use to gain information about Olivers disappearance. The cynic in me decided to pipe up again when this happened and all my alarm bells were ringing, there was definitely something off with Ian and I wasn’t wrong. Later on in the episode he is seen meeting Vincent after his release, and informs him that he paid the couple to come forward and say that they had. This was done purely because Ian didn’t want the police to discover a connection between the two of them and in that scene alone Ian is incredibly threatening so it’s doubtful the police ever will, not from Vincent at least. I don’t have a theory on what happened to Oliver just yet but I’m certain that Ian is a red herring, he’s most likely involved in a child pornography ring which he obviously wants to stay hidden but I don’t think Oliver was involved, so we’ll surely find out more about him in the upcoming weeks. I’ve seen comments from people saying they dislike the two different timelines that we’re following but I think that Vincent and Ian are proof that it has been used well, their scenes wouldn’t have had as much impact as they did if we had only seen Vincent in present day.

Elsewhere Rottweiller aka Malik (Arsher Ali) got a hell of a lot more interesting. At first I thought he just wanted fame and glory which we can see through him blackmailing Ziane with his secret in 2006 and still trying to get an interview with Emily after eight years of pursuing her, but I believe a major reason that he’s not letting this story go is because he wants to know the truth. It may have started off as just another story for him, attempting to get discredit the police and getting the parents to side with him but somethings happened in the last eight years, he affected the initial investigation so maybe he feels guilty about it? In the present day scenes he also unwittingly managed to quietly reopen the case on Olivers disappearance because the mayor seeing Julien talking to a reporter was enough to scare him into it. One of the most intriguing parts of the episode also comes from Malik as he says he knows what Emily and Tony did and he’ going to prove it, it just opens up a new area of questions. If this something related to Oliver? Before Oliver? Something to do with the investigation? I wish I knew. To me he’s the most despicable character so far but I can’t wait to see more of him.

The first episode of the show was brilliant but somehow ‘Pray For Me’ has managed to exceed it with the writing, casting, acting and direction have managing to live up to the very high bar that was set in episode one. Episode two continued the drama that was kicked off last week but added a lot more questions about the main characters, like Tony’s violent tendencies which we will be sure to discover more about as his victim was caring for Emily’s father. We’re only two episodes in but I’m already disappointed that there is only six episodes left, I want more God dammit! I really can’t wait for the next episode!

The Imitation Game seems like the least talked about film that’s in contention for the Academy Awards. It’s had a constant presence at all the smaller ceremonies but it hasn’t been any match for it’s… 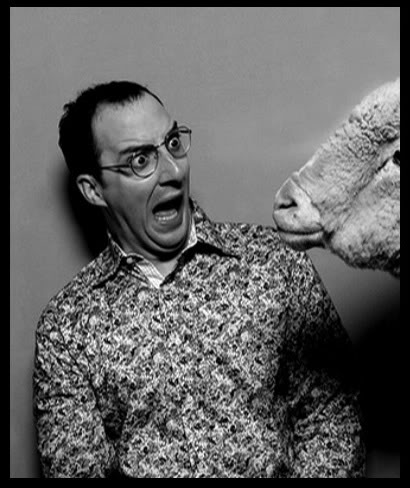 Debate whether or not all of these are “excellent shows” later (Smallville and The OC rule OK?), but for the most part I think we should have a general consensus that these are all classics…

As Walter White’s life starts to unravel, so do the lives of everyone else around him. This week we focused on the show’s favorite punching bag, Skyler, who despite being a much reviled character over…

Courtesy of the awesome folks over at NotReallyButSeriously comes this piece of comic art which ponders what it would look like if the Ninja Turtles expanded their horizons beyond Leonardo, Michelangelo, Donatello and Raphael. To…

Sometimes I find things on the internet that leave me speechless with their awesomeness. And considering it’s my job to find crazy stuff all day long, that’s actually saying something. But today I am bowing…

I’m wondering how big the dedication to Game of Thrones is going to get.   Like will the following be Harry Potteresque?  Is that even possible?  Could it down the road be some sort of following…