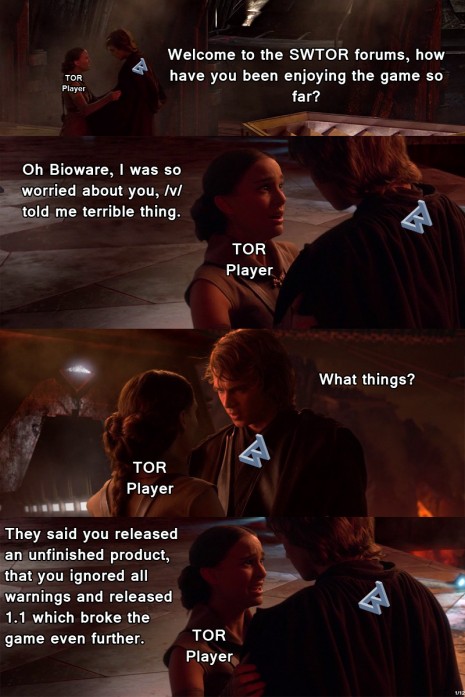 I was tempted to possibly give Star Wars: The Old Republic a shot, despite my distaste for MMOs. The game seemed to be really popular and well-liked, but soon as players get deeper into it, sentiments began to change. Bugs and patches that made new bugs caused a huge number of players to unsubscribe, and now the tide seems to have shifted in terms of fan support.

To catch up on the whole saga, 4chan’s /v/ made this rather hilarious comic with Star Wars Episode III scenes explaining where Bioware went so wrong with the game. The rest of the pieces are below, but first, a glossary of terms.

B – Bioware, creator of the game

EA – Owners of Bioware, said to be a corrupting influence

Biodrones – A Bioware fan who will defend the company to the death. 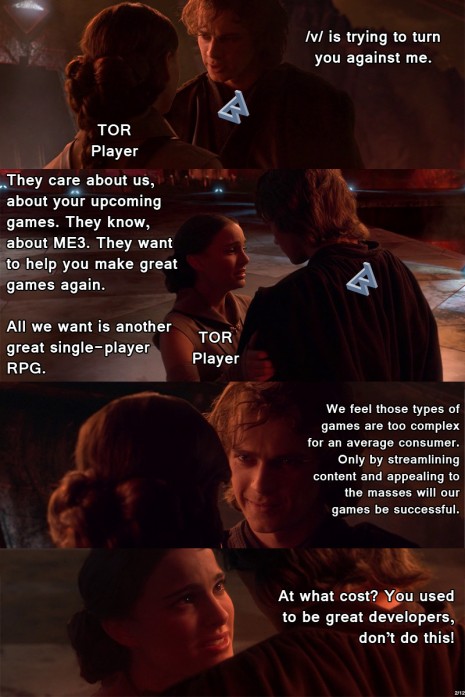 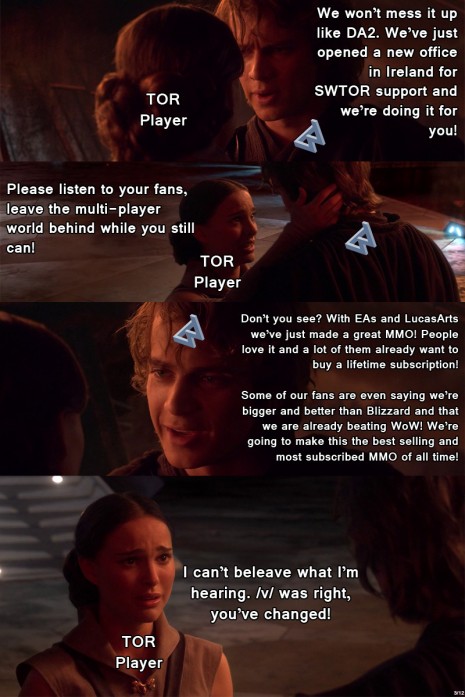 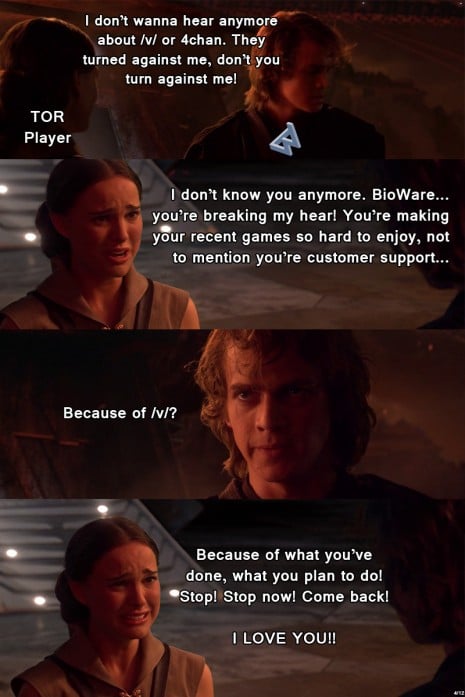 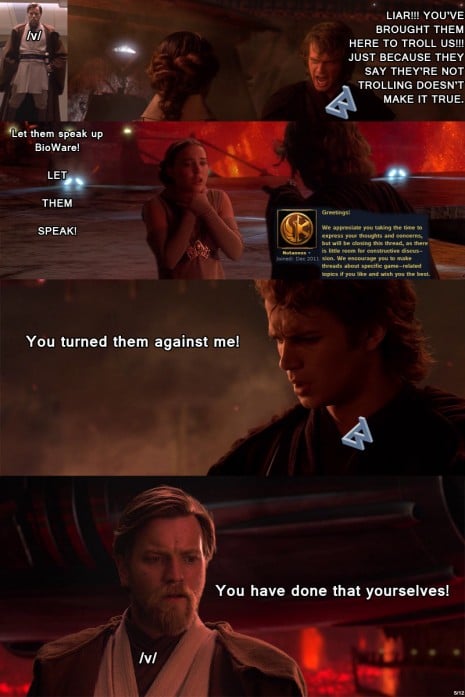 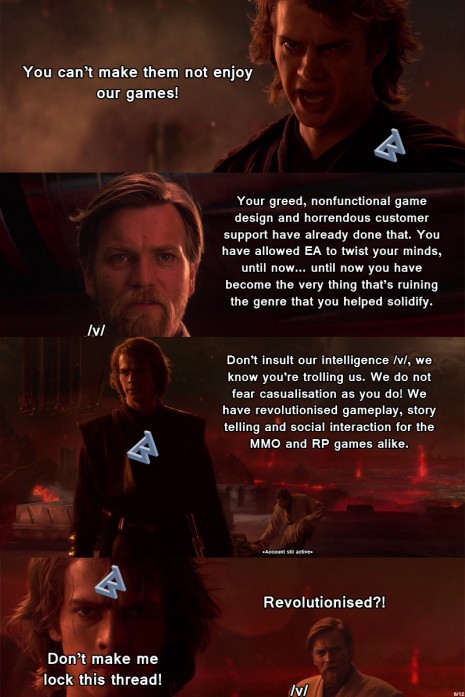 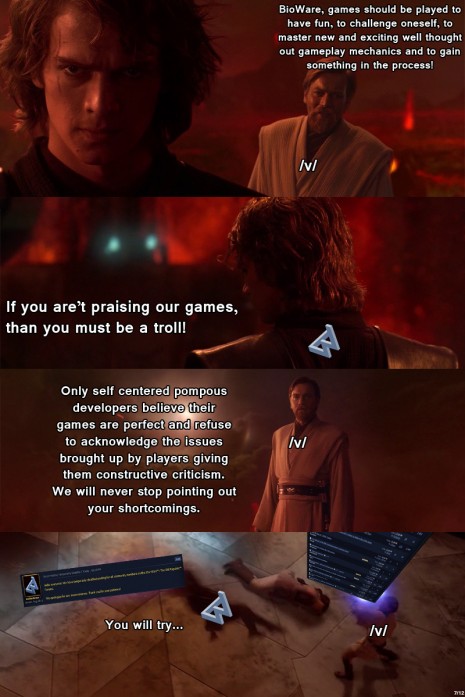 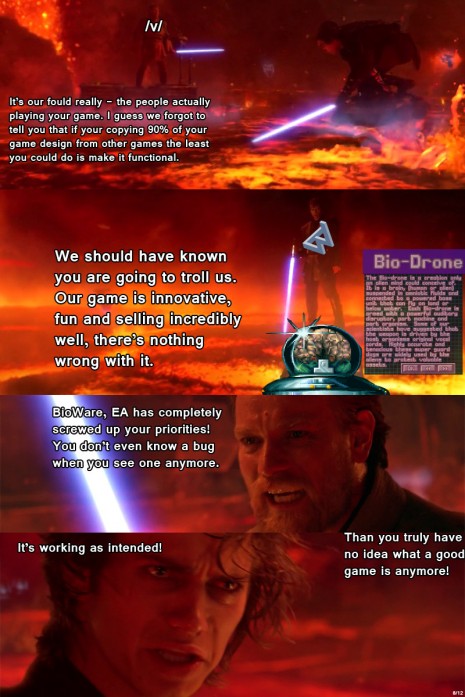 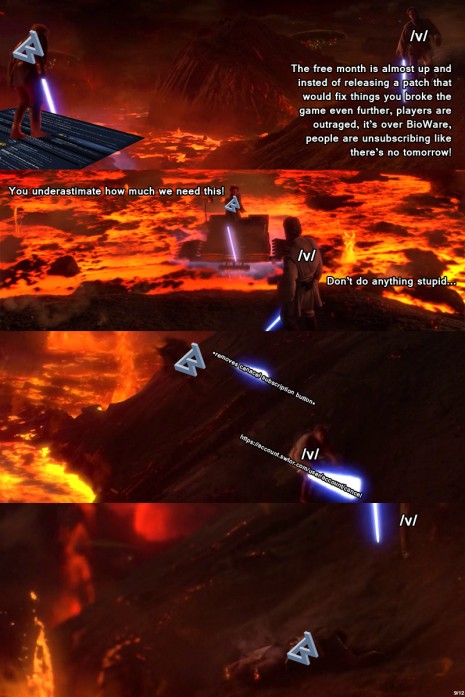 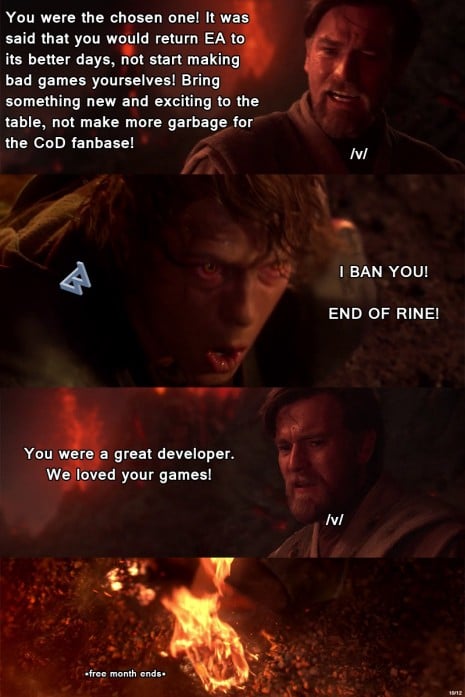 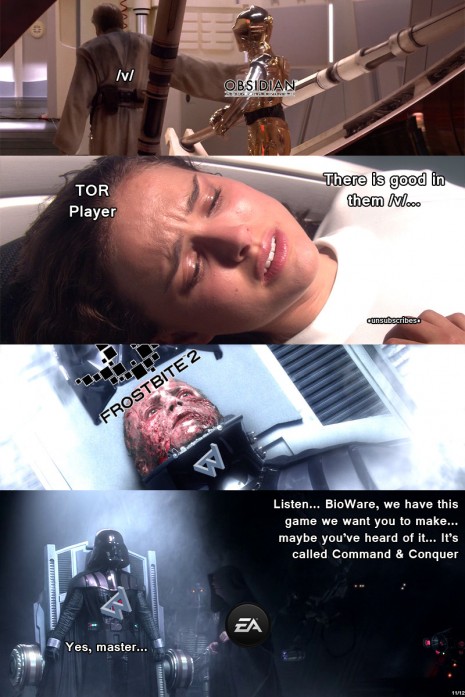 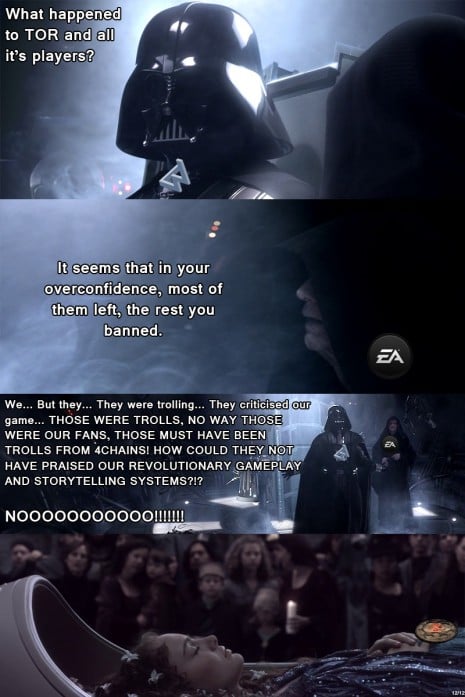 In case you’ve been living in a black hole the past 24 hours, you’ll know that Sony debuted Playstation 4 last night. Well “debut” may be a strong word. They announced that it existed, that… 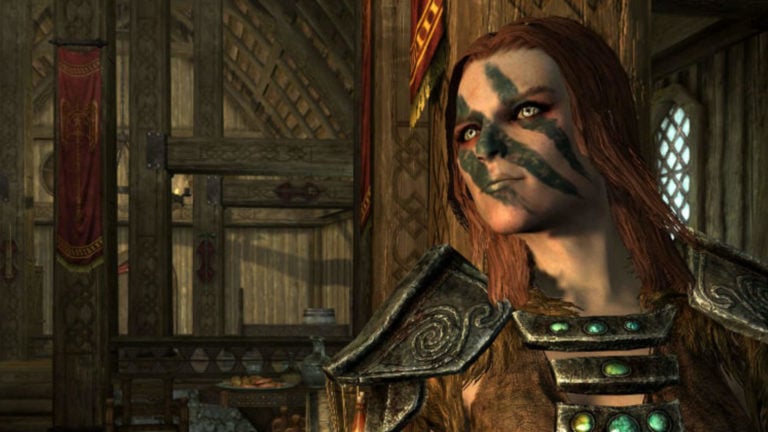 When playing Skyrim, you’ll eventually want to find a permanent home to stay and perhaps acquire a permanent companion in the process. To be able to settle down with a companion, you’ll need the Amulet… 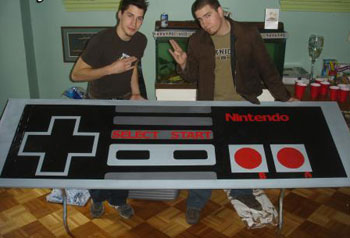 I guess when you really think about it you don’t really associate heavy binge drinking with the gaming community.  This isn’t a knock on gamers but I tend to picture a gamer more on the…

Last week, I filled your coffers/coffins with vampiric obscurities from the domain of live-action film to kick off my month-long celebration of all things nosferatu. This week, I’m giving hardcore nerd culture its due and…

(click to enlarge) Link’s seen a lot of makeovers over the years, but never one quite as douchey as this. Artist Dan Jones decided to try and make the Zelda crew as hip as he…