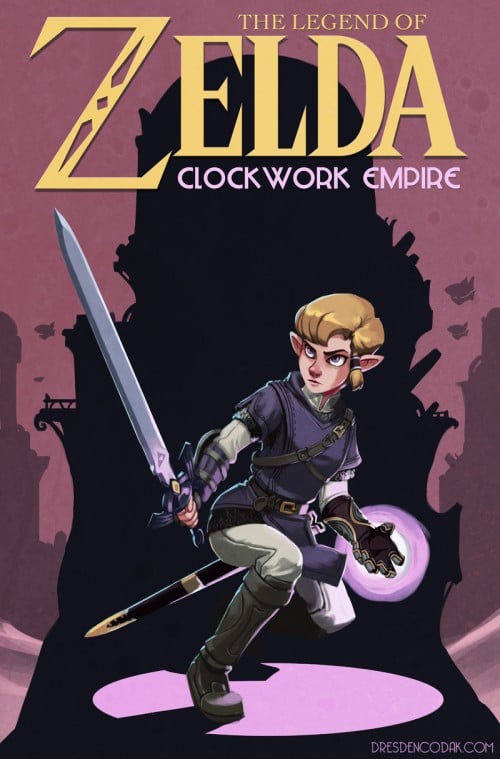 I can’t really even say the name “Anita Sarkeesian” without someone wanting to start a fight usually, but in any case, this art project (sent in by Jon LeFlore) was indeed inspired by the video game feminist, who has spent a good deal of time lamenting the issues with The Legend of Zelda series. In nearly every installment over two decades, Zelda is always imprisoned, kidnapped, cursed or something like that, and it’s up to Link to save her.

Welllllll, Clockwork Empire, a theoretical game from artist Aaron Diaz looks to change all that. It portrays Zelda as fierce warrior mage and Link as a proper prince. It’s more than just a skin-covered, weapon-equippedversion of Zelda however. It’s an actual concept for a game that sounds pretty neat. There are more panels explaining some of the core concepts from the game which you can check out below.

Why couldn’t this game exist? Who cares who the hero is as long as it’s fun? The Legend of Zelda has done many crazier things than this over the year, so to imagine Clockwork Empire as a reality isn’t that much of a stretch of the imagination. 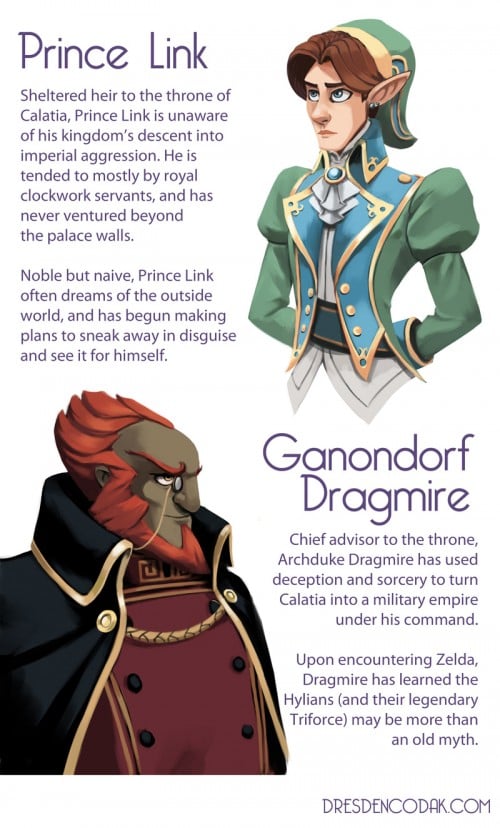 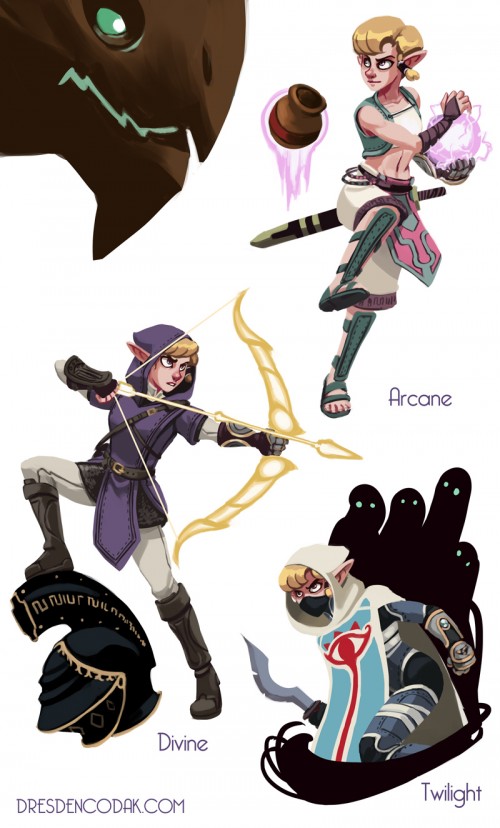 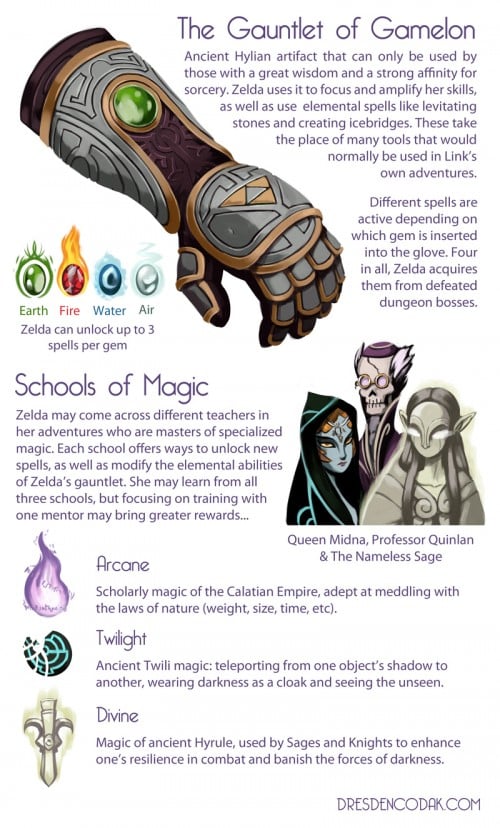 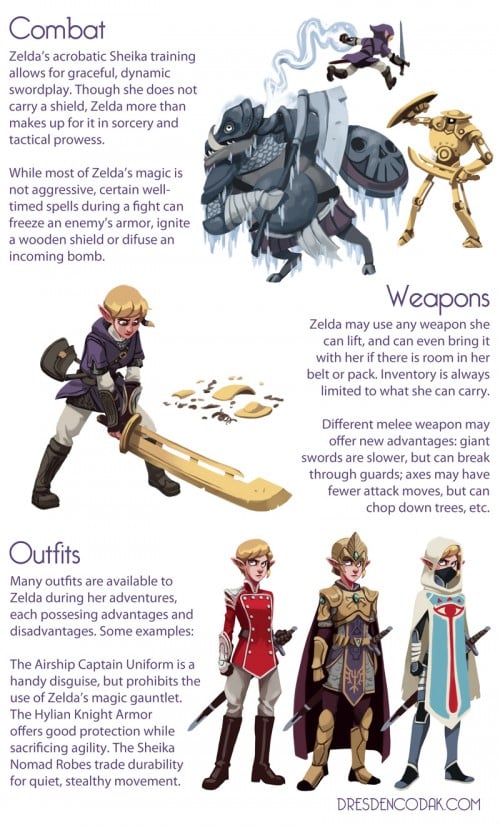 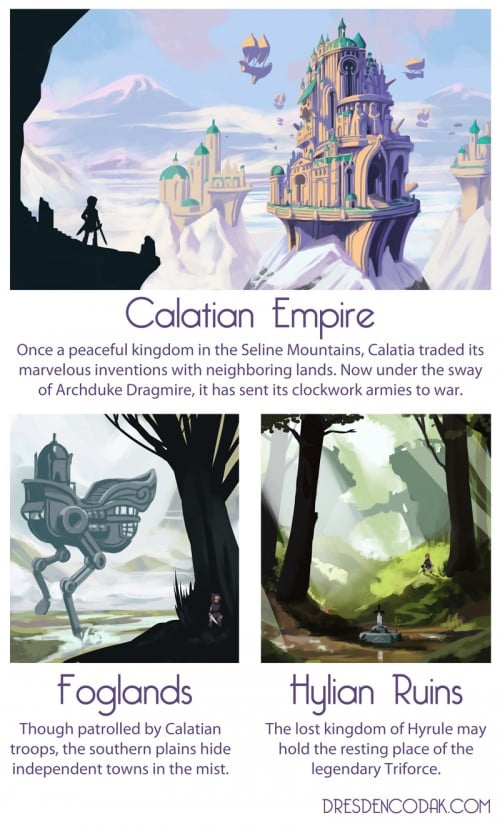 Doing my daily Google Image search for sexy Pokemon (jokes!) I stumbled across something magical. It’s a website called “CostumeMaker.com” which is a Geocities-ish page still active from way back in 1999. There I found…

(click to enlarge) From artist SpiritGreen comes this rendition of how you can solve problems by working together. Chain Chomp ain’t afraid of no ghosts. When I see old arcade machines inside various establishments, Pac Man…

(click for giant size) One of these days I’m going to have to go back and play The Legend of Zelda: Ocarina of Time again. Why? Well, I got stuck on the Water Temple as…

Mass Effect and Game of Thrones are currently dueling in my heart for the title of most anticipated piece of upcoming media, but my little nerd heart fluttered when I saw this awesome ME propaganda… 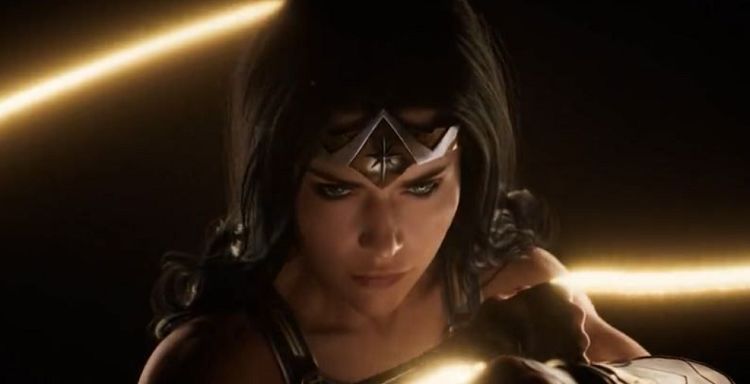 Monolith is developing a new open-world Wonder Woman game. It’s quite a jump to go from slaying orcs in MIddle-Earth to battling villains in the DC Universe.  Even though everyone was expecting a next-gen Mordor…