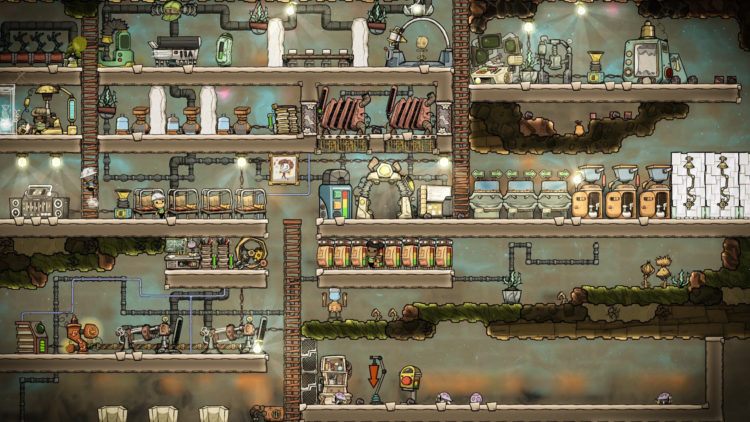 For those who are curious, Oxygen Not Included is a survival simulation. Based on its name, it should come as no surprise to learn that it is a space-themed survival simulation in which players are responsible for a group of duplicants that have gotten stranded upon an asteroid with small pockets of breathable air. As such, interested individuals are responsible for setting up a functional or at least semi-functional space colony that can sustain itself in said environment. Something that can be particularly difficult in the early to mid game.

Currently, Oxygen Not Included has been released in full. However, that isn’t enough for some interested individuals out there. For them, there is a simple and straightforward solution in the form of mods, which can be found in places such as the Steam Workshop as well as other hubs for modding.

As for why people might be interested in modding, well, there is a wide range of potential explanations. For starters, there are some people who might love Oxygen Not Included but feel that it has serious issues in small respects. Under such circumstances, installing the right mod is the easiest way for them to get exactly what they want out of the game. Meanwhile, other people might feel that Oxygen Not Included is either too hard or not hard enough, both of which can be fixed by installing mods to either make the game easier on them or tougher on them. Summed up, modding is a method by which interested individuals can make a game better-suited for their particular preferences, meaning that it is definitely something that Oxygen Not Included players should check out.

Here are some of the best Oxygen Not Included mods

The blueprint mod is an excellent example of a mod that is meant to improve the quality of life for interested individuals. For those who are curious, the problem with the base game is that players are limited to making blueprints for singular objects. As a result, if interested individuals want to duplicate anything bigger than that, they face a couple of serious issues. One, there will be a lot of copying, which in turn, means a lot of expended effort. Two, there is a considerable chance of error, which rises in proportion to the scale of that which players want to duplicate. The blueprint mod is exactly what it sounds like is that it will let players make blueprints of entire systems for duplication elsewhere. Something that can make their play-through experience that much more convenient.

Speaking of which, plan buildings without materials is another excellent example of a mod for improving quality of life. This time around, the problem is that Oxygen Not Included won’t let interested individuals plan out a building until they have actually collected all of the resources needed to go ahead with the construction. Something that can take up a fair amount of time before the issue is resolved, which can be particularly frustrating when players have big plans that they want to lay out as soon as possible. This mod won’t make the process of collecting the necessary resources any easier, but it will enable interested individuals to lay out their building plans beforehand so that they can move on to something more urgent before making a return.

Map size is one of those considerations that can see enormous variation from person to person. For example, some people love smaller maps because that makes it much easier for them to bring the map under their control before shaping it to their liking through the tools that are available in the game. In contrast, other people enjoy playing on much bigger maps, whether because they like the idea of having more resources available to them or because they like having a bigger sandbox in which to build to their heart’s content. For those who fall into the latter category rather than the former category, there is the extra large map that increases the size of the map by about 150 percent. Having said this, while the mod is fine on its own, interested individuals might want to seek out some other mods for increased convenience while playing. One excellent example would be the mod that enables them to zoom further out so that they can get a better picture of what is going on. Another excellent example would be the mod that enables them to control the number of geysers that are available to them, which can be pretty important if they are afraid of losing good access to resources thanks to the increased amount of space.

Sometimes, people will go for mods because they want something that will introduce an additional element of change, thus extending the playability of a game by that much longer. In the case of the tubular colony challenge, the premise is a very simple one. Essentially, players can still move from region to region in the game, which is rather important getting all of the resources that they need to not just survive but also make continuing advancements. However, they will need to do so through tubes, which introduces a new complication that interested individuals will have to handle. On the whole, this mod isn’t meant for beginners, but it can be a lot of fun for more experienced players who are looking for a new challenge.

On the other end of things, there is the grace period mod, which is pretty much exactly what it sounds like by providing interested individuals with more resources as well as more leniency at the start of the game. This is important because the start of the game is one of the toughest periods for players, particularly for those with very little idea of what they should and shouldn’t be doing. As a result, something like the grace period mod is very useful for softening that initial impact, thus reducing the chances of interested individuals of just bouncing off of the game because of a bad starting experience.

Unreality reader cosplay week has been a rousing success, and we’ve seen some really damn cool costumes over the last few days. It’s Friday, so I thought I’d temporarily conclude the series with a rather…

(click to enlarge) I was tempted to possibly give Star Wars: The Old Republic a shot, despite my distaste for MMOs. The game seemed to be really popular and well-liked, but soon as players get…

(Read journals 1 and 2 here first) This is the furthest out I’ve ever done a journal entry from the initial purchase of a game, but considering the fact that Starcraft 2 will most likely…

Usually when fans try to pay tribute to their favorite video game by making their own altered version of it (ie. a Pokemon MMO), it’s immediately shut down by the parent company. But when someone… 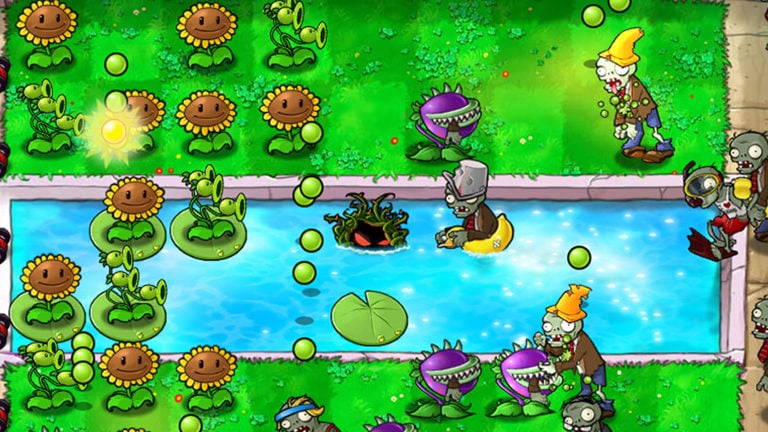 Plants vs Zombies is an iconic series that took the world by storm and made them think twice about how they tended their garden. It was a pretty outlandish concept when you think about it,…

We’ve never really stopped to see the toll that murdering legions of enemies has taken on our favorite video game heroes. Blasting, eating, stabbing and beating enemies to death, no matter how much they mean…