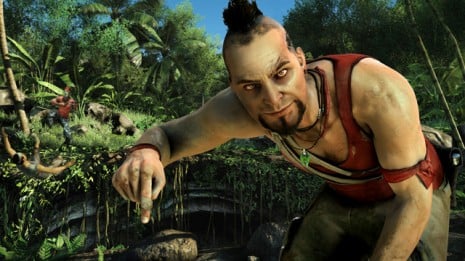 Admission time, I’ve never played a Far Cry game. Why? Well, I’m not sure really. Part of me kept getting the series mixed up with “Crysis,” another jungle-set game that I assumed my PC could not run. But now that everything’s on consoles, I missed catching up and will just have to start with the first game.

I’m not sure what I’m missing in terms of backstory, but I don’t feel lost as at least this new plot appears to be somewhat starting over from scratch. If a longtime player wants to let me know what this game has in common with the others past “shooting things on an island,” I’m all ears.

This is turning out to be a rather long game, hence the need for a journal installment rather than just a straight review. I’ve been at it for a few days now, and I’m pretty sure I’m around 40% done, despite putting in a ton of time so far. 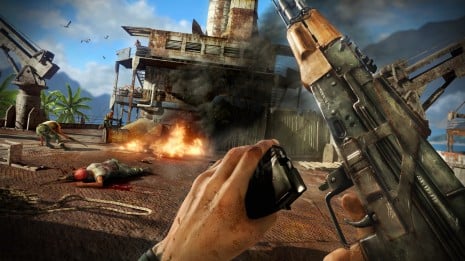 Far Cry 3 loves to use the selling point “it’s Skyrim with guns!” in its commercials, implying that the two games have much in common. Do they? Well, both take place in a gorgeously rendered open word with wild animals that attack you. Other than that? Not so much.

Really, Far Cry 3 is a combination of a lot of games besides Skyrim. There’s a bit of Just Cause island mayhem, some Deus Ex FPS stealth, and we’ll say an obligatory pinch of Call of Duty during some of the more scripted campaign missions.

And how about the script? Well, so far, Far Cry 3 has a story I don’t half mind. You play as Jason Brody, a guy with “bro” already built into his name and a backstory to match. You’re on vacation with your friends, brothers and girlfriend when a skydiving landing goes awry and the lot of you gets captured by pirates and hauled to a remote pacific island where you’re to be ransomed and/or sold into slavery. 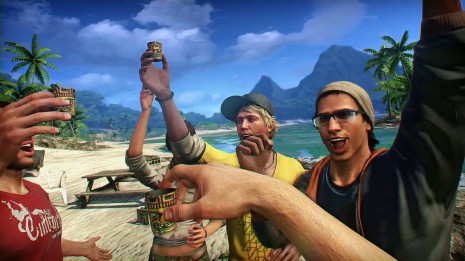 You escape custody at the expense of your older brother’s life, and find yourself rescued by the local tribe that inhabits the village. They aim to teach you the ways of the “Tatua,” some sort of mystic island god that teaches you how to kill people better through an ever growing string of tattoos on your forearm. You have to locate and rescue all those you came with, and defeat the insane pirate lieutenant, Vaas, if you’re able.

You know, it’s not half bad. I like the central concept, even if it is a touch ridiculous that a frat bro with no military background suddenly can dismantle a camp full of pirates with a .50 cal sniper rifle 45 minutes after escaping capture. It’s like they literally just made their target audience the main character of the game. I’ll also overlook the fact that zero attempt has been made so far to either contact an embassy with a phone somewhere on the island, or no one has thought to take a boat and simply leave. I’ve got pirates to kill damnit and I’m not getting rescued until I can swim in their blood! Whoa Jason, chillax bro.

But that is the mentality of the game, which I’m totally fine with. What’s unique here is that yes, this is an open world FPS. You have actual guns, unlike the sword and sorcery of Skyrim. It’s not in third person like similar island adventures like Uncharted or Just Cause have been. Rather, it’s a creation all its own, and it’s a hell of a lot of fun.

The stealth element is what’s made the game interesting so far. I could take or leave the campaign missions, which are largely on the rails offerings you might expect from Call of Duty, and this is one of the few games I’ve played where the sub-missions are MORE fun than the central storyline.

There are pirate controlled camps set up all around the map, and if you take them over, the natives get to reclaim their land while you get to move about freely. You get a massive triple XP bonus if you can kill all pirates at a station without them ever seeing you, and so it becomes  a sort of chess game as you decide how best to do this.

At first, the long range silenced sniper rifle is your best friend. You can clear out a camp from half a mile away without batting an eyelash. But as more and more guards show up with different weapons, armor and guard dogs in tow, it can be trickier. You’ll have to use a combination of throat slashing, sniping, and silenced weapon shooting to do it. There’s actually motivation to go in silent aside from XP, because if that alarm goes off, reinforcements will arrive by the truckload. The odd alarm system is the only thing that makes this remotely possible. If another pirate spots a dead body, they will begin searching for you, but not raise the alarm. Only when they actually see you will they sound the alarm. I guess otherwise they just assume that Tatau is going around knocking their friends off with headshots, and there’s nothing to really be concerned about. 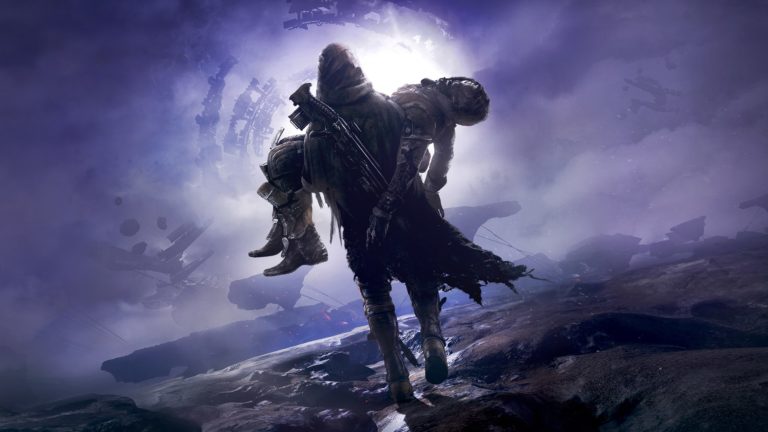