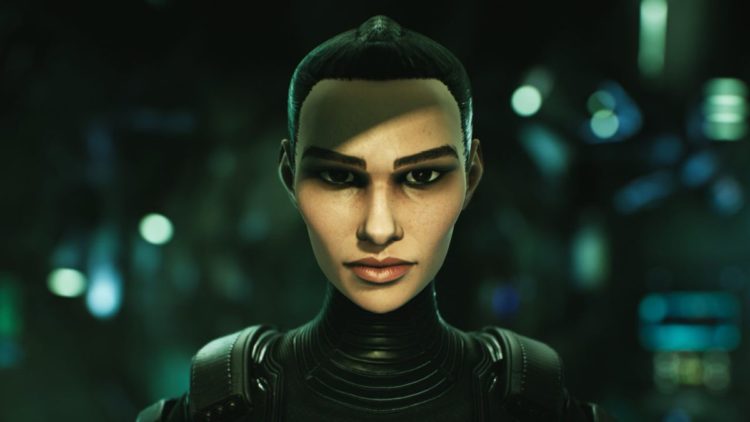 Telltale Games is well-known for crafting titles that echo the days of old-school adventure IPs. Most notably, The Walking Dead and Batman are a couple of their most beloved projects. Now, their most recent announcement will be centered on the series The Expanse. Both Telltale Games and Deck Nine and joining forces to build a whole new adventure. This new game will be titled simply, The Expanse: A Telltale Series. Even though both of these developers excel with branching story paths and character development, this project could end up being something extra special. The series centers on the solar system being fully colonized by the human race hundreds of years in the future. Naturally, relationships with extraterrestrial factions flourishes, establishing the Outer Planets Alliance (OPA) and the Martian Congressional Republic. The rumblings of cold war have been heard throughout the galaxy, with a conspiracy threatening the destruction of this newly formed alliance among all beings.

The game will star Cara Gee who will reprise her role as Camina Drummer. It is not known whether or not other cast members will return to voice their own characters. Telltale Games seems to have a good track record of recruiting all of the original talents of said IPs they’re working on. If nothing else, they can find really close impersonators. In any case, this new game will expand the universe of The Expanse property and even give some people who have never seen the show a nice introduction. There was a recent trailer dropped, which provides a good look at what to expect from this game. Telltale games haven’t made a new game since 2018. This is due to it going defunct and many fans were wondering if they have seen the last of their IPs. Well, they closed their doors for only one year, only to come back with all of their licenses still in their holding. Hence, this is one major reason why the announcement of The Expanse: A Telltale Series was such a major surprise. Perhaps they see this as a new game for a new age with their company.

Even though Telltale Games tend to make titles that are a bit on the gritty side, The Expanse seems going in a little deeper in that regard. Based on what was shown in the trailer, there is going to be a much more mature tone than what Telltale games have established in the past. This game series will serve as a prequel to the streaming television counter-part found on Amazon. Thusly, the developers over at Deck Nine are mostly known for their work on Life Is Strange: True Colors, and having them team up with Telltale Games will give The Expanse a more grounded feel. This will be a far cry from the more animated adventures that Telltale Games have crafted throughout the years. This game will prominently star Drummer as the lead protagonist as she must make tough decisions that entail exploration, overcoming mutiny, and even saving lives.

This game will mostly take place on the Artemis spaceship and there will be an option to explore the outer belt of the galaxy, as well. The story of Drummer will be told from a totally different angle, which will bring back characters both old and new. The actual gameplay details are spotty right now. Chances are that The Expanse will continue the tradition of echoing the classic PC adventure games of the 90s. These developers excel in raw storytelling and this game is going to reign in a new era of this particular genre for next-gen consoles and the PC alike. The television series has been around for several years and this game has some pretty big boots to fill when it comes to hitting all the right notes.

The character arc of Drummer is a brutal one, making her one of the most inspirational protagonists in sci-fi history. Of course, since this game is going to be set in her early years, she isn’t going to have the same seasoned outlook on things like she did on the show. She’s obviously going to be a very different person, as opposed to how fans know her by Season Five. She will most likely be more naive and rambunctious. She will be a very different character and it will be interesting to see where she came from. The Expanse is mostly known to be a rather popular television series. However, this series is actually an adaption of a slew of novels by James S.A. Corey. This series of books have spanned up to nine installments, with the last one being planned to be published sometime in 2022.

With that said, this game has a wealth of material to mine. It’s difficult to say if the developers are going to use the books to enrich the video game version of this IP, or if they will just stick with the television series. Usually, video games tend to be the centerpiece with certain licenses. Any gamer that has been playing the games of Star Wars since the early 90s will point out that those games were heavily influenced by the Expanded Universe novels of that time. Of course, this is just one example among a myriad of other IPs out there. Only time will tell on what the developers have planned for The Expanse: A Telltale Series.

This game is still early in development and there is still a lot to discover with what The Expanse: A Telltale Series will offer. As of right now, the developers are busy putting everything together and they will release more information in the near future. There is no set release date, but it is slated to launch in “the near future.” Expect Telltale’s new game to be available for next-gen consoles and PC. Chances are that this game may be released late next year or early 2023. As of right now, the developers are keeping a tight lid on things with everything related to The Expanse universe.