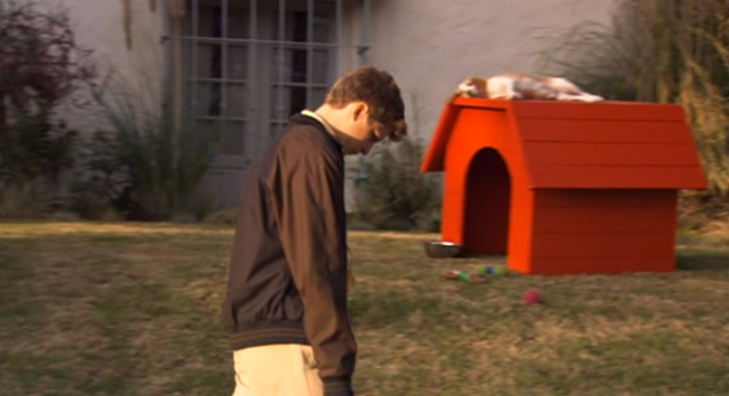 Most of you readers of the site will know by now that my love for Arrested Development knows no bounds. I have the curse of constantly comparing every new show to it, and realize that nothing will ever be as good.

When it was on the air, it was practically comedy perfection, and I’ve written previously on some of the show’s best recurring jokes, but now I want to do something a bit different.

I’ve compiled a list of jokes that are so stealthy and sneaky, many of them I still didn’t get after multiple viewings of each season. Some are homages to other projects, some are just clever lines foreshadowing events to come, but all are equally awesome. I have twelve of my favorites below, but know that there are many, many others I could have posted, and a few I’m sure I’ll finally discover upon my next viewing. The show really is that deep.

If you spotted some of them already, congrats, you’re smarter than me, but if you claim to have gotten all of them on your first time through, sorry, but I just don’t think I believe you. And also, I know I’m breaking the rule of “if you have to explain a joke, it’s not funny,” but I don’t think that applies in this case.

The first of two great Fonz jokes on the list, this one features Henry Winkler literally jumping over the shark that bit Buster’s seal’s fin off. This is a reference to Winkler’s role in Happy Days, where he famously waterskied over a shark in a moment that would eventually symbolize any show’s transition from good to past its prime. 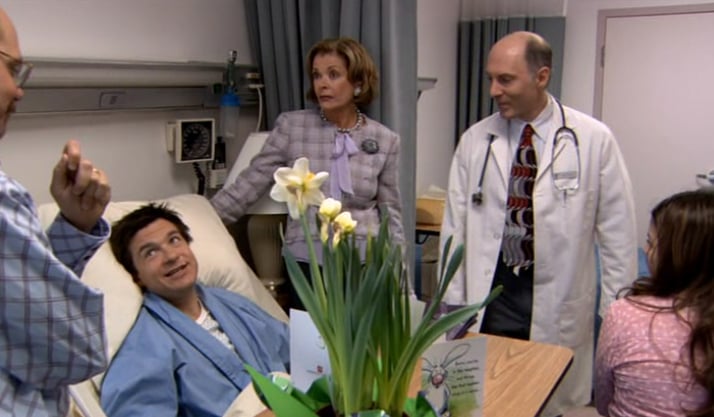 I didn’t even realize this was Dan Castellaneta playing Michael’s doctor, so therefore I didn’t get this line:

Once I got in there, the appendix wasn’t so inflamed. D’oh. 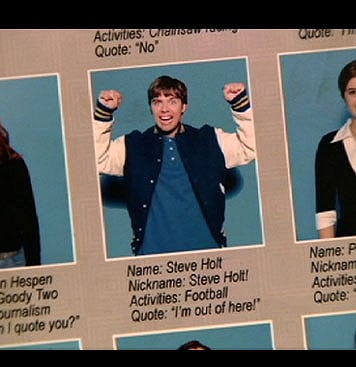 This is one you probably caught the second time through, but I still love it. When Gob sees Steve Holt for the first time, he refers to him as looking like “some chick I banged in high school.” Of course, Gob ends up being Steve Holt’s father which is revealed later.

It was the first F-bomb on network TV that actually got away with it. The only thing was, it was split in half due to some clever editing, as the “fu” and the “king” were place with scenes in between them. This video shows them mashed together. 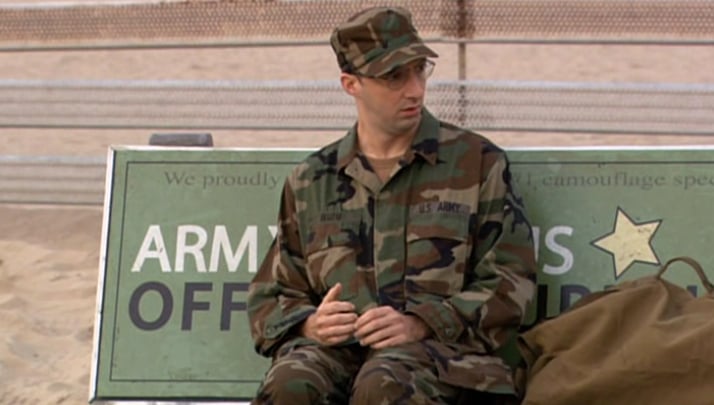 There are a million arm and hand jokes to choose from here, but this one, right before Buster goes into the ocean to lose his limb, is the one I could represent the best with a still image. ARM OFF.

I didn’t notice this one once in my first five viewings of this episode. It’s a blink and you’ll miss it moment, where a beagle lays on top of a red dog house as George Michael walks home hanging his head set to music from the Charlie Brown Christmas special. The episode is also called “Good Grief!” 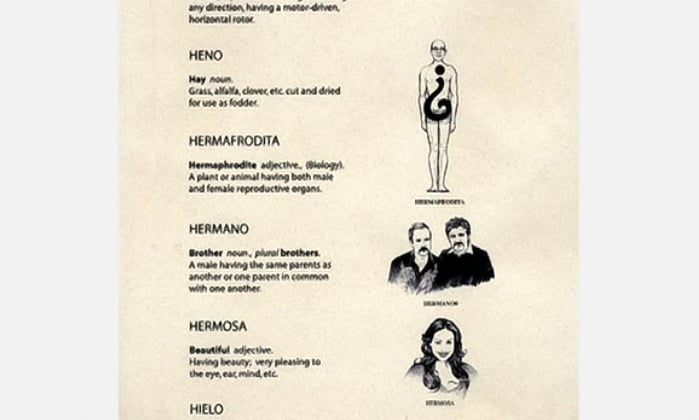 Another “don’t blink” joke, you literally have to pause the scene like I did to catch this. When Ron Howard, the narrator, is defining “hermano” using the Spanish dictionary, we get to see the (mustachioed) Bluth brothers pictured as the word, brunette Lindsay as “beautiful” and best of all Tobias as “hermaphrodite.” 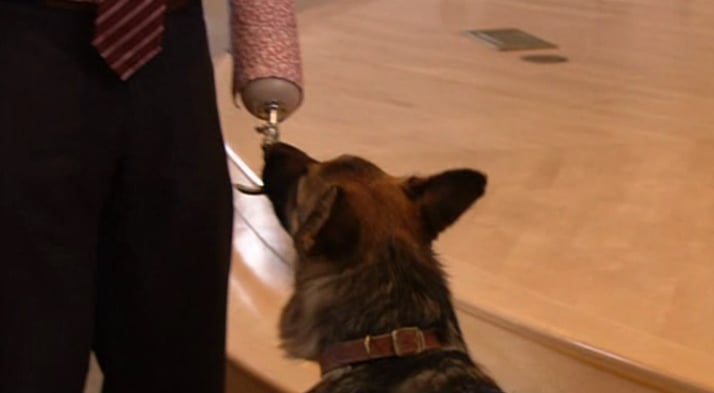 This is another one you might not get to a few times through. At the very end of Meet the Veals, a drug dog tackles Buster because of his hook. Why? Uncle Oscar had been smoking weed with it at the very beginning of the episode.

The scene of Buster sinking his hook in the dashboard of the stair-car is hilarious enough in it’s own right, but what you may have missed is the reference to this 1999 VW commercial, which featured Tony Hale doing the robot without a hook. 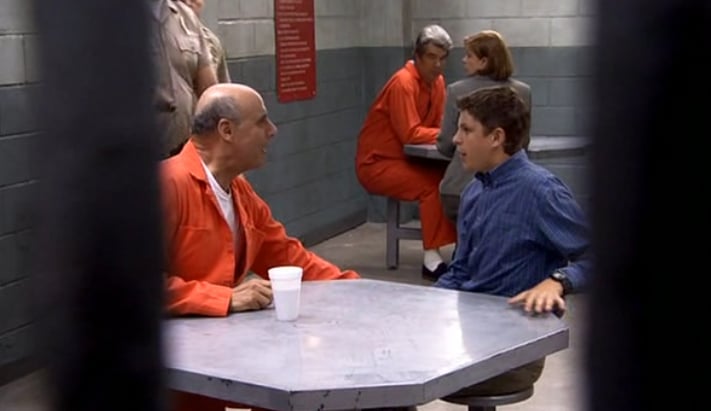 I have a hard time believing this was a set up to a joke this early, but I don’t see any other way to read it. George Sr. asks George Michael for his hair, referencing the season finale where he wears a wig and pretends to be his twin brother Oscar. Later Oscar is imprisoned after George Sr. again dons the wig and shaves his brother bald. George Michael later says, “Yeah, I still don’t really get the hair joke.” 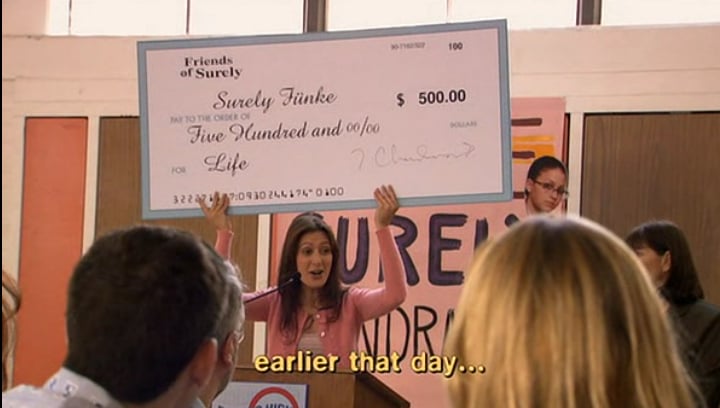 This is one I didn’t get until I saw it spelled out above, Maeby’s crippled alter ego is not only “Shirley” but it’s “Surely.” Get it? 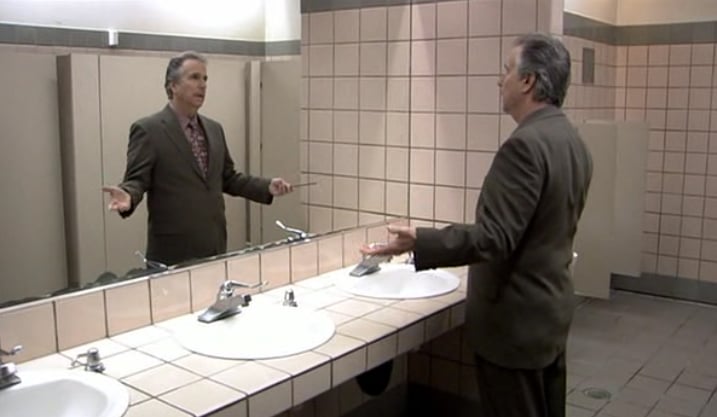 Another great reference to Winkler as the Fonz, he does his classic mirror pose near the end of Altar Egos. There are a few Opie references to Ron Howard as well, but those are too hard to take screenshots of. “Now she had gone too far, and she had best watch her mouth.”

Want more? This is the thread that inspired this list, and ArrestedWiki has an EXHAUSTIVE list of little jokes contained within each episode.

It seems this is the year to redesign the Harry Potter book covers all across the world, so here’s the work UK concept artist Jonny Duddle did for the series, where these covers will be launching…

A few weeks ago, I had a dream about the end of the world that was visceral enough to inspire a whole article. Initially, the dream itself was just a jumping-off point for me to…

Looks like a pretty badass car right?  I mean I know if it were me I’d be parading around that thing and showing it off.  It looks like the kind of badass car that a…

I’m sure this is just some cool picture that was probably taken by National Geographic but if I had any say it would be called something along the lines of “The Real Batman.” On a…

If there’s one thing we like here at Unreality it’s putting movie characters out of context.  For example if you see pictures of a photoshopped Indiana Jones hanging out at a baseball game it’s pretty…

httpv://www.youtube.com/watch?v=XR_rFXXz_44&feature=related I don’t really have to set the stage here.   I just know that these images will be some of the most memorable from one of the worst days in the history of the United…