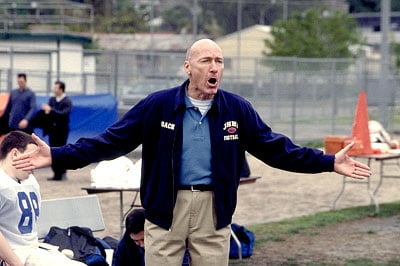 I first saw Ed Lauter in the movie Youngblood way back in the 80s.   This is where I first love the guy.  He played a gritty, masculine, no nonsense hockey coach and you just knew this guy was kind of a force.

Lauter was around way before this movie.  In fact he’s been on screen since 1971.  He’s still making appearances in movies and TV and the guy is closing in on 200 appearances in IMDB.  That’s an impressive feat.   Lauter is over 70 years old and still going strong.

My notable Lauter appearance is in the movie Not another Teen Movie where he’s a knock off Coach Kilmer and screams “God Damnit!” every two seconds.

See a clip of Lauter after the jump…