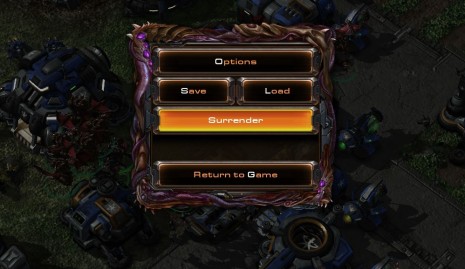 Alright, so let me make the disclaimer here that I suck at Starcraft 2. Like, I’m not the worst player ever as I am at least Gold/Platinum league, but I am far from good and have lost more games than I care to admit.

What I’ve decided that the game needs is more NEW players, so I can stop playing goddamn pros all the time. But the problem is, it’s a very complicated game, and it can be hard to get into.

I wanted to write this post explaining some basic strategy for new players so they can try the game for themselves, and not immediately have no clue why the hell they’re getting stomped all over. It’s some pretty basic stuff, so veterans can feel free to ignore this, but it’s stuff that even good players can forget to do from time to time

Check out my ten  basic Starcraft 2 tips below.

The first key to not sucking is to have a good economy, and that’s done by continuing to train workers all throughout the game. Yes, it’s easy to remember this at the beginning, as that’s pretty much all you can do, but most people will get to about 20 and stop. This is fine early on, but as the game wears on, you have to pump more out to start mining on new bases.

You know you have too many guys mining if they start zig-zagging back and forth as there aren’t enough mineral patches for them. You ideally want three guys on each gas, two or three on each mineral patch. Any more than that is too much and you need to move them elsewhere 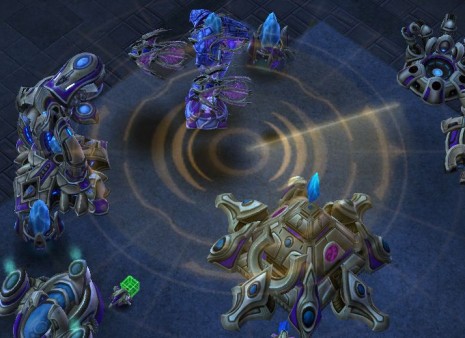 This is something I still fail to do even though it’s one of the most important things in the game. It’s easy to get a strategy in your head, and just sit in your base in the darkness and execute that plan, but the vast majority of the time, if you don’t have any idea what your opponent is going, and they do know what you’re going, you’re going to be screwed.

There are two main types of scouting, running up with a worker or unit, flying in an air unit (overlord or observer) or laying down a scan with Terran to see what unit composition your opponent is going so you can react accordingly. The second type is looking around the map for expansions, so you can stop them early and prevent them from getting ass tons more money than you.

Learn What Counters Are 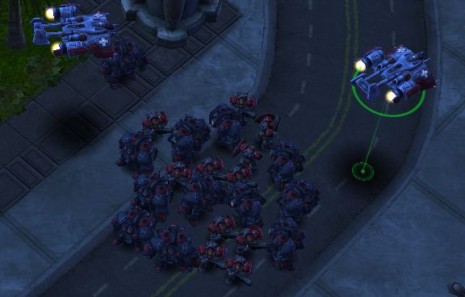 As tempting as it is to pick your favorite unit and build a shit ton of that, it’s rarely the correct strategy. Yes, Marauders are great, but if your opponent is building 10,000 zerglings, you’re going to be screwed. And if you think Mutas are fun, you’ll be disappointed when you find your opponents army made up entirely of Thors and Marines.

In Starcraft, certain units were built to counter others. Look for what units are “armored” and what are “light.” Certain units will do more damage to one type over another, and so through scouting, if you can find what your opponent is doing, you can hopefully build the right units in time to counter him. I dont’ have time to make a giant chart here, but Google “Starcraft 2 counters” and you should be able to find one. 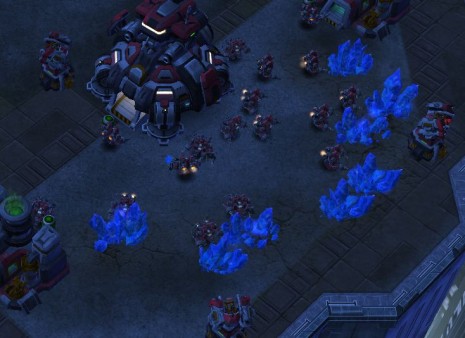 Again, this has to do with scouting, but if you see your opponent is building “harass” units like mutalisks, void rays or banshees, you should get up defenses as soon as possible around your mineral line. New players will often lose games to harassment like that not because they can’t eventually counter it, but because they don’t run their workers away as soon as it starts happening. You have to react as fast as you can, or else you will lose a lot of workers, and though three harass units aren’t going to kill you, it will really set you back.

So if you fail to get static defenses up in time, run your workers away and bring in a few units from your army to ward them away, so then you have time to build D before they come back. Do not bring your entire army over to deal with it, as then you’ll be open for an attack at your front door with whatever else they have. 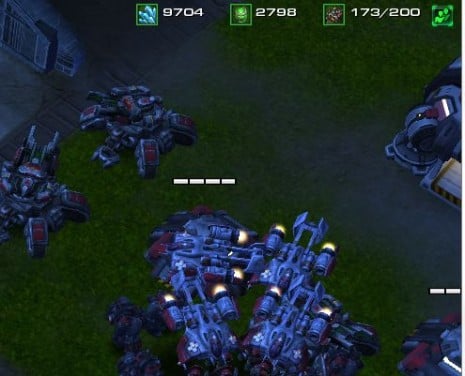 This may sound like a stupid suggestion as early in the game, you will likely be starving for money every two seconds. But if your game lasts longer than ten minutes, most new players will have built up way way too much money, so much so that they can’t even spend it. This will cause you to lose games pretty consistently.

A good rule in the mid-game is if you have tons of cash, build more production facilities. Have $2,000 but only three barracks twenty minutes into a game? You’re doing it wrong. I see new players forgetting to keep building structures more than anything else, and you need them to be able to mass an army quickly should you lose your current one. Build units yes, but don’t forget about buildings.

This will take you from shit player to OK player almost immediately. Learn the hotkeys of whatever race you’re playing with. Use them to build units instead of manually moving your mouse to click each portrait. Hovering over each unit in the build window will show you what their hotkey is

Also, you can and should make your own hotkeys. This is done by selecting a building or unit (or a bunch of buildings or units) and hitting CTRL+ a number. You want to do this for your main bases, each type of production facility and your army. More advanced players will do this with individual types of units, but just do those three main ones for now. I always forget to do my army to this day.

Don’t Tech Straight to Something Huge 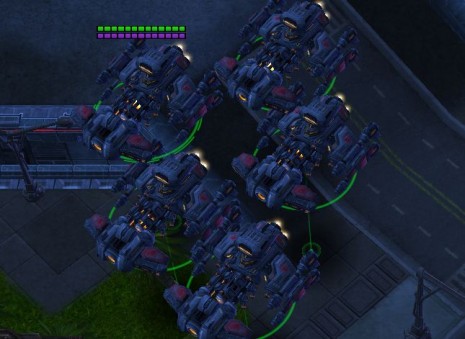 Yes, Carriers and Battlecruisers and Ultralisks are totally bitchingly awesome, but you do NOT want to play a game where you only focus on getting them. If you do this, you will lose. Good players can do things like a Void Ray, Dark Templar or Banshee rush, but you cannot do these things, and no pros will ever tech directly to top tier units.

You need to build units before these high tech additions to your army, or else if your opponent chooses to attack, you will be wiped out, and very rarely will people sit back in their bases for twenty minutes and let you get 12 Battlecruisers out.

Learn What Micro Is

There are two parts to Starcraft 2,  macro and micro. Macro is what we’ve discussed about earning and spending money, micro is how you control your army during battles, and it can often cost you a close game.

A lot of micro is pretty advanced tactics, but there are some basic rules you can follow, like moving back injured units so they don’t die, letting your other ones keep fighting. Also it has to do with positioning, like not engaging in little choke points and things like that. It also has to do with spell casting where things like force fields, fungal growth and psionic storm have to be used precisely to be effective. 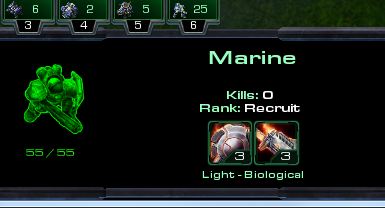 It’s really easy to forget about upgrades as they generally cost a decent amount and they take forever to build. They are key to winning however, and you can’t forget about their existence. Early on, it’s fine to just get +1 weapons or armor, but if you’re moving into the late game, you want to have significantly more than that, as surely your opponent will.

Even more significant that attack and defense upgrades are individual unit ones. You rarely want Zerglings without speed, or Marauders without slow. Some of these come later in the game, like blink for Stalkers or legs for Zealots or range for Hydras, but you don’t want to forget about them either. 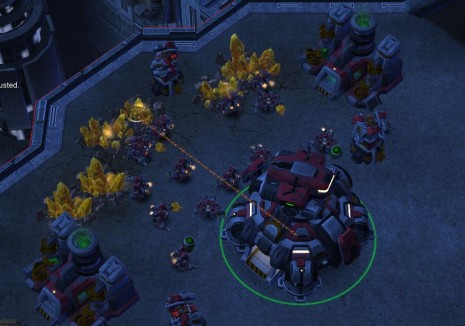 Expanding is the most terrifying part of the game for most new players. It seems incredibly risky, as you are exposing yourself for attack, but usually you will not be able to win on just one or two bases. Zerg especially needs to expand early and often.

A good rule for Protoss and Terran is to expand for the first time when you attack. Chances are if you have a decently sized army, if you don’t wipe them out, you will cripple them long enough for you to get another base going. After that, use your own judgment, but if your minerals are getting low, throw up another base or two and defend them when you can. 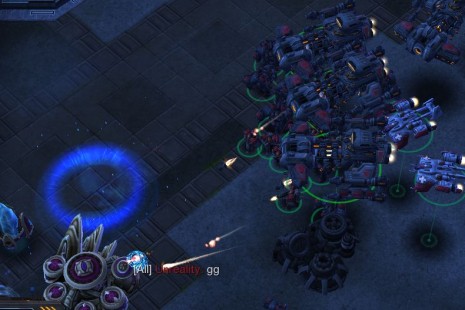 Starcraft is a f***ing hard game, no doubt about it. I don’t know how so many people out there got so good at it, but I do know that you will lose, A LOT. Just try to learn from your mistakes, and eventually you will get better. I’ve given you some halfway decent stepping stones here, but you’re going to have to learn a lot on your own, and that only comes through trial and error.

Don’t ragequit, and remember to “gg” (good game)  even if you get destroyed, or if you stomp all over someone.