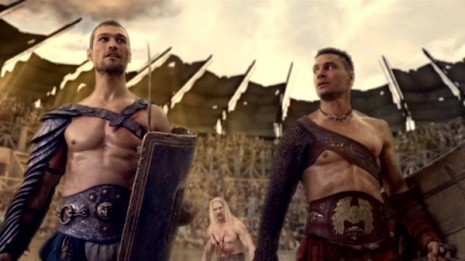 Minutes ago, I just finished perhaps one of the best first (and so far, only) seasons of a show I think I’ve ever seen. What’s further impressive is that this is a program I all but dismissed initially, as I was skeptical of its presence on a random pay-channel like Starz, and it seemed to be overly aggressively trying to capitalize on the success of 300, almost copying its style verbatim.

But then I remembered, I loved 300, in all its ridiculous, absurd macho glory, and as I dove into Spartacus: Blood and Sand head first, what I found there made that movie look like Bambi.

Without a doubt Spartacus is the most “mature” fictional series to ever appear on television. On any channel. At any time. It’s a completely ludicrous male fantasy, where blood flows like water and women are rarely seen with clothes on. It takes the concepts of sex and violence to such an extreme, it’s almost a parody of itself, and that’s one of the core reasons it works as a show, as it never takes itself too seriously.

But what really brings it to life? Yes, slow-motion bloody gladiator fights in rings full of topless women might be cool for a while, but even the luster of that fades after a while, and beneath the blood and breasts lies a show that is actually GOOD. 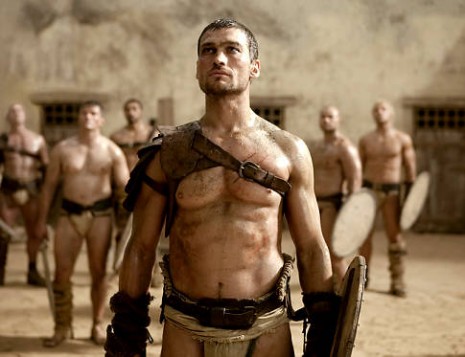 The characters develop over time rather than simply snarl at each other. They make real emotional progress throughout the series, which leads to a payoff that is one of the most satisfying conclusions to a season arc that I can ever remember seeing on TV.

For those of you who don’t know the basic premise, I’ll fill you in briefly. A Thracian barbarian is sentenced to death after attacking a Roman officer who betrayed him. Instead of dying in the arena, he murders four well-equipped men, and is sold to a gladiator trainer as he is believed to have some worth.

After his victory, they call him Spartacus, after an old Thracian warrior king, and he passes through the fires to become a branded gladiator, sparring with undefeated champion Crixus in the process. He is a skilled fighter, but finds he has much to learn if he’s going to survive in the arena, and be reunited with his wife as his master promises. 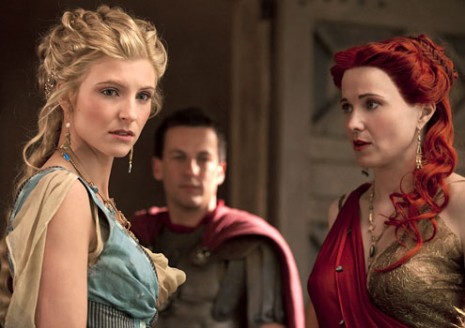 I’m tempted to further elaborate here on the plot developments that occur throughout the quickly moving season, but I’ll restrain myself and just say that heroes rise and fall, and the entire season weaves a trail of lies and deception around each character arc, and in the end, all secrets come to light, and vengeance rains down from the heavens.

But what’s struck me most was the absolutely astonishing finale. It’s a culmination of everything that came before it, and it’s absolute insanity as main characters are slaughtered left and right. Never before has a payoff been so worthwhile in a TV show.  I can’t remember the last time I watched a show with my mouth open and my legs shaking before, but I was literally cheering and pumping my fists in the air by myself as all these events were unfolding. Embarrassing perhaps to admit, but it was uncontrollable in the moment. 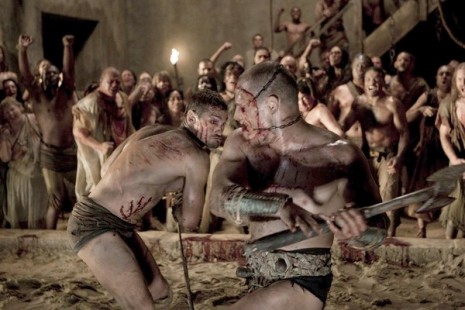 It’s really masterfully done. Yes, the show is absurd in its level of sex and violence, to a degree I didn’t even think was possible on television. The sex sometimes surpasses shows you’d see at 1 AM on Cinemax, while the unrelenting gore punctuates every episode, making anything else filmed before it seem tame in comparison.  As it is on Starz, the show could benefit from HBO production values, as the blood often looks like juice and the backgrounds are all too obviously greenscreened. But what they’ve done with their limited means has been stunning, and it’s a must watch for anyone with a strong stomach and a thirst for a TV show that actually satisfies rather than merely cliffhang.

Yes, it’s true, a prequel series is coming called “Gods of the Arena,” but that has not too much bearing on this season. Another batch of episodes for the show itself are allegedly on their way, but sadly they will come without their star, as Spartacus himself, actor Andy Whitfield, is battling a deadly real life foe, and his struggle with cancer has caused him to not be able to return for season two. The show will probably live on in some form, but it will likely be this season that’s best remembered when the curtain finally does close for good.

In any case, I’m proud to give this show my glowing recommendation, and as it’s only 12 episodes, it’s not a huge commitment to get through. I know it’s not for everyone, but I’d say a fair base is if you enjoyed 300 for what it was like me, and you count Gladiator among your favorite films, you should appreciate it.

In closing, I’d like to offer my support to Andy Whitfield, who can hopefully decapitate cancer and return to glory in the arena once again someday. 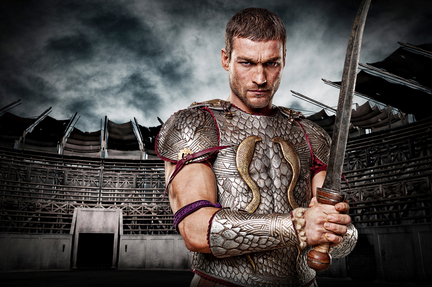 You can do it!

It’s rare to see an artist cover subject matter as diverse as Matt Synowicz has here. The designer/illustrator has a talent and certainly a unique style, and appears to have all the same interests I… 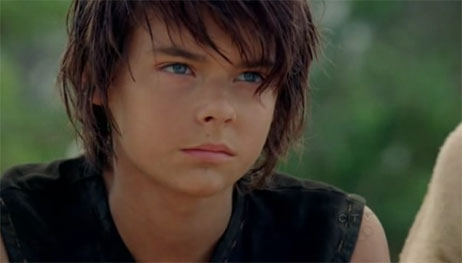 Hmph. If I had to sum my my feelings about last night’s Lost in four letters, it would be those, although I guess **** is four letters too. I was just expecting an entire episode…

httpv://youtu.be/OwyaUXuZncw Mystery Science Theater 3000 is one of the greatest shows that no longer exists on TV, but you can go back and watch them all online or on DVD if you like. That said,…

(click to enlarge) As I’m pretty sure there wasn’t a recent Legend of Korra convention anywhere, this must be from an anime event. What it means is that the new hot go-to costume is in…

Character death is a tough thing to get right.  Whatever the medium, killing off a character is something that stirs up a lot of emotions.  It’s messy.  Oftentimes it’s not a purely aesthetic decision; an…

I had to do a triple take here to see if this wasn’t some bad Funny or Die skit, but it’s a very real clip from a very real show which thankfully never aired. It’s…