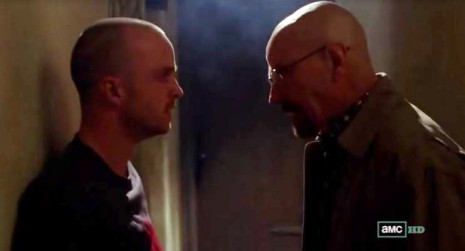 It stood to reason that after last week’s rather tame installment, we might be seeing a bit of an upswing in the action department in the latest episode of Breaking Bad.

And we certainly did, which made for the best episode of the season so far, and indicates that things are going to really start picking up, as they should.

The show has mostly been about the consequences of last season, and the clean-up from the messy Gail situation appears to be endless. It has Walt forever looking over his shoulder, even considering consulting a “disappearer” to vanish from view entirely. It’s completely hollowed out Jesse, who as we’ve seen this week is more of a shell than ever, and almost beyond redemption it would seem. And finally the entire incident is getting major police attention, although Hank now believes himself to have found his long sought-after Heisenberg in the form of the musical Gail. 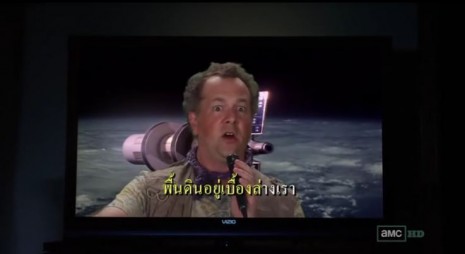 He had big dreams of Bollywood.

I found it funny that the most intense part of the episode was treated as a mere afterthought. The opening raid on Gus’s truck with Mike inside showed that Gus is still very much at war with his Cartel rivals, but Mike’s attitude toward the attack, a huff and a sigh, made it seem like it was happening on the regular these days, and I have to wonder if the Cartel war is going to escalate into one of the seasons major plot points.

If you still don’t believe that Breaking Bad is a brilliant show, just look at the scene which had Walt and Skyler rehearsing lines to tell Marie and Hank that Walt was a gambling addict which is how he racked up millions to pay for medical bills and car washes. it seemed silly at first, but translated into an actual conversation about their relationship and all that’s happened, a talk which was never really properly had and played out expertly in this scene.

I do however believe the gambling cover story is quite stupid, particularly if Skyler is so deadset on “realism.” What kind of gambling addict goes into a twelve step program when they’re up over a million dollars? You usually are “ashamed” of your actions and seek help once you’ve hit bottom. Why couldn’t they just say he knew how to count cards and left it at that? Then they could explain why money KEEPS rolling in, and it would sound less flimsy. 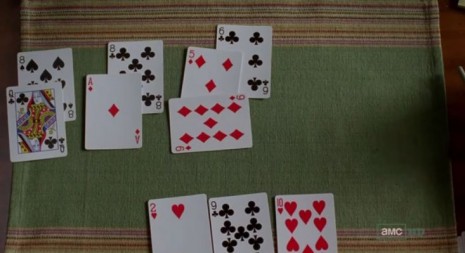 A good cover story, but poorly thought through.

Again Jesse was absent for half the episode, as has been par for the course this season, but he’s more or less been absent period. He’s just gone, even when he’s onscreen, and I’m beginning to think that his behavior wasn’t merely just to get Gail’s murder out of his head, rather this is a full-on death wish, as this episode illustrated. He appeared to be starting his own Tyler Durden-like Fight Club house, shaved heads and all, but you really saw him go off the deep end when you realized he was keeping $80K in a drawer, and then doesn’t even react when it’s lifted.

I guess Mike had him under surveillance, which is how he was able to track down the thief, as they didn’t want all that drug money in the hands of someone random. But with Jesse being driven to the desert for what is most likely not a nice picnic, he truly seems to have lost the will to live, resigned to a fate it would appear he thinks he deserves.

Is his character even salvageable? I really don’t see what’s going to snap him out of this. This isn’t Game of Thrones, so he’s not going to actually die next week, so what’s going to save him? Another Cartel attack? A Walt assault? 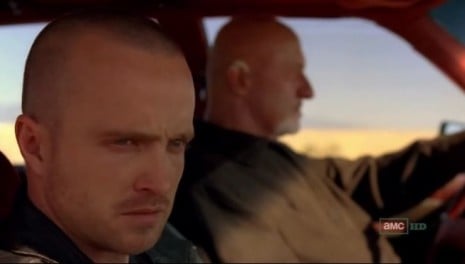 But even so, if he lives, how can he really start to…live? He has no one in his life that actually cares about him. He watched his girlfriend OD, his relationship with his parents is toxic, and even though Walt is some vague sort of friend, he’s never been consistently there for him the way Jesse’s really needed him to be. When you look at all that, I kind of think, “well shit, I’d probably rather be dead too.”

I still maintain this is a strange season relative to the others. Walt has always kind of been on the rise in this show, and I remember awesome moments like him walking into a rival’s headquarters with his Heisenberg hat and a suitcase bomb. Now he’s scared or tired or both, which is how everyone on this show kind of seems now with Jesse, Hank, even Mike. The only one who still has energy is Skyler, and good old Walt Jr. who has never had a clue about anything.

A good episode, but I’m waiting for this season to transform into something more.