I truly believe some of the best pairings in cinema have been unintentional. A fluke in casting, or a perfect storm of elements adding up just right. I think when you set out, intentionally, with the idea of casting characters who will work off each other, you run the risk of it all feeling like that. The feeling of the chemistry or energy being contrived or forced.

Upon further inspection of the idea of wonderfully cast “duos” in movies, I kept finding one thing that they all had in common. They were all from science fiction movies. Something about that genre seems to create stunning characterizations that would fall flat if they didn’t have the yang to their yin. Here are six science fiction movie duos who compliment each other perfectly. By the way, if you like science fiction, why are you not reading this right now?

Louis Gossett Jr and Dennis Quaid from Enemy Mine

Would you not believe me if I told you Dennis Quaid helps delivers this things baby at one point, because he totes does!

Yes, I just started a list with a Dennis Quaid movie. I realize that was enough to turn some people away, when I could have easily started with District 9 and won everyone over, but it was a conscientious move on my part. Why? Because I honestly believe that, without Enemy Mine, we would never have had District 9. I think fathers need to start recognizing grandfathers, if you catch my drift. Honestly, maybe my vision of this film is skewed because I was young when I saw it, and desperate for some post Star Wars, space-action, but I still firmly believe that the evolving friendship between these two “enemies” in this film is a joy to watch.

Long and the short of the story is that Dennis Quaid crash lands his rocket in hostile territory (bad guys space planet) and ends up having to befriend one of his enemies to stay alive. And I really believe that the “birthing” scene is one of my first experiences with mindf*cks in film.

Three seconds is all I am giving you. I am not even telling you where the baby came from.

Did someone order a cat-food pizza?

If you actually look at the two films, District 9 and Enemy Mine, first of all, they almost rhyme, so that is something important. Wow, that whole sentence sounds like something Dr.Seuss would have written.  No, but honestly, the two relationships between the two species in both films evolve in a very similar fashion. Granted, at no point in Distict 9 does Wikus help Chris have a baby, but he does help fly a ship with his son, so that still feels relevant.

All kidding aside, this film starts we these two having some issues and not exactly seeing eye to eye, and ends like fucking Butch Cassidy and the Sundance Kid. And try not to forget, Chris really was a computer performance, with little outside of the physical acting being actually done by actor Jason Cope . A theme you will see on this list, So these two had a palpable chemistry, even though one is in a blue suit and doesn’t really have any dialogue? How can you NOT be impressed by that? Speaking of impressive…

Someone just hand this guy an Oscar, already.

How do you do this? How do you star opposite yourself, and act like a dick to YOURSELF? Better yet, how do you do it, and convince me it is two people??? At NO point during Moon did I feel like Rockwell was acting alone. There was no single scene where I felt like the tension between him and um, him, wasn’t completely believable.

I know SFX nerds are going to take to the comments and feel the need to tell me Rockwell was playing against someone in those scenes, but that actor was just taken out and replaced with blah blah blah. I know, but none of that makes it any less remarkable to me.  His performance in Moon is one of the best performances I have ever seen in my life. It was the “broken” version playing against the “cocky” version, and it always floors me when I need to remind myself it was him and him.

Again, how do you do that, as an actor? In the wrong hands (think Nic Cage) this film could have been a dick-punch to all good science fiction, and yet, in this writer’s opinion, it furthered the genre. A (non?) proverbial one man play, if I may. Speaking of  playing against nothing and redefining the genre….

Douglas Rain and Keir Dullea in 2001

Stanley Kubrick made beautiful films, few can argue that.

There was no way I could make this list and not include Dave and H.A.L. Though the interactions are amazing throughout the entirety of the movie, it is that final scene that always silences me. Rather than talk about it, I would rather just watch it, in awe, for the millionth time.

I keep getting this odd feeling that my relationship with Suri is going to end the same way.

There are back-and-forth exchanges in this film, between these two, that are so intense, that you forgot one of them is just a disembodied voice. A voice that is so calm and serene, yet oddly menacing, you never forget it. Just the other day I had a H.A.L moment of my own. I tried to find an ice cream place and my GPS took me to a graveyard and just started laughing. How f*cking scary is that? Speaking of scary…

I know this is the six hundredth time I have brought up Rutger Hauer, but come on, do we need to pretend that his performance as Roy Batty is one of the greatest performances on film? Wait, have I said that about too many performances on this list so far??? GOOD! I mean it.  We can all assume playing a robot is not always easy,  but to do it with as much steely conviction as Hauer does in Blade Runner sort of set the tone for all “android” performances that came afterwards. The funny thing is, none of them really live up to Roy Batty.

And Harrison Ford is here because he is the other flip of the coin. We are never really sure if he is or isn’t a replicant (based on book and based on Ridley Scott, he is, by the way) but Roy Batty wouldn’t seem so solid and unfliching if Ford didn’t play it so well in between those extremes. There is vulnerability to his performance at times (a rarity for Ford), and that is an essential part of what makes Blade Runner work so well. Doesn’t hurt that movie is gorgeous, either. I still have yet to see a “dystopian future” in film represented as well as Blade Runner, though Brazil bares a close second.

Wall-E and Eve from Wall-E

I still think these two non-verbal “machines” conveyed more love  than most human actors have in the last decade.

Leave it to PIXAR, huh? Outside of The Artist, Wall-E is the closest this generation has come to a silent film. When a love story can be told clearly and concisely, with no need for actual dialogue or long, drawn out exchanges, then that is something worth taking note of. Although I thought Eve was actually kind of a bitch to him, I still found this love story, and Wall-E’s determination to be with her, a breath of fresh air in a jaded world.  To me, Wall-E was like the anti-Twilight.

Han and Chewie: Like I even need to say anything about this one.

Spock and Kirk: Like I even need to say anything about this one.

Doc and Marty: Like I even need to say anything about this one.

Elliot and E.T: Like I even need to say anything about this one.

“Told you I knew how to ride dirty, pigs!” yelled Elliot at the cops as he and tiny Michael Jackson rode off a cliff.

By the way, go read more of my stuff right here. Find out about the kids who drugged me and left me at Disney. It’s like science fiction, only way scarier, and true. 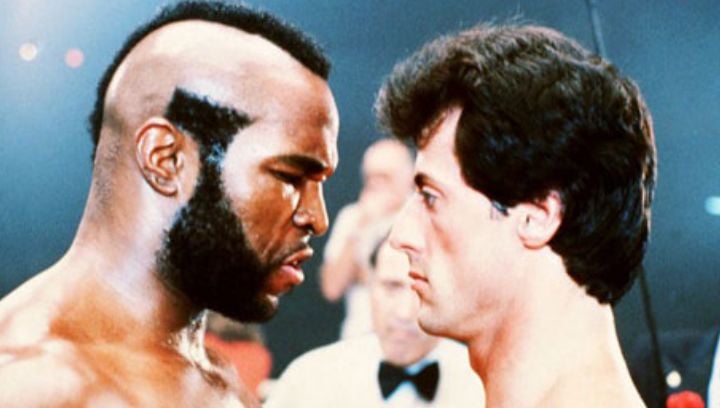 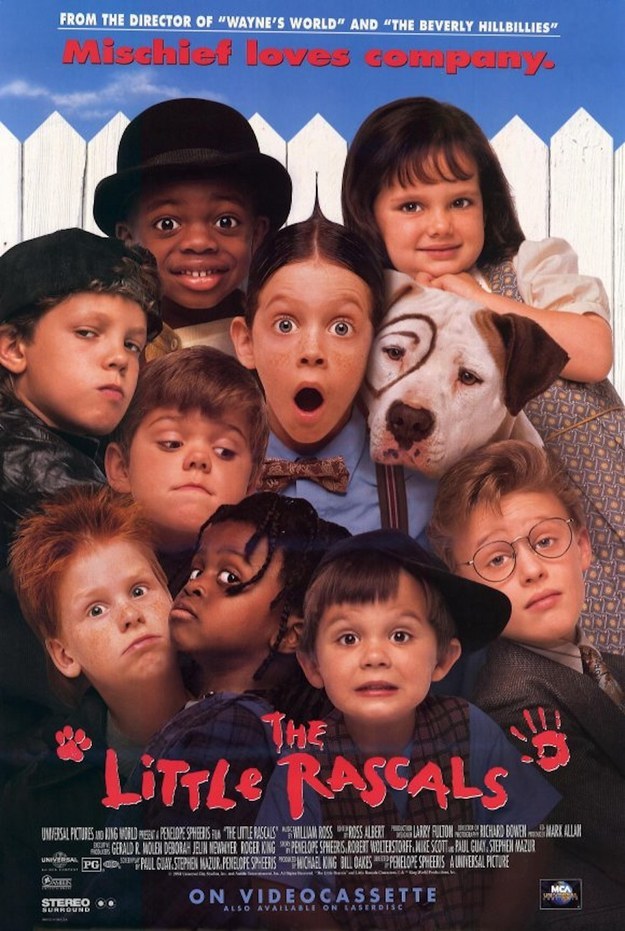 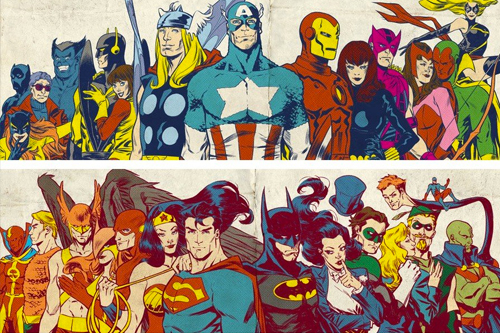 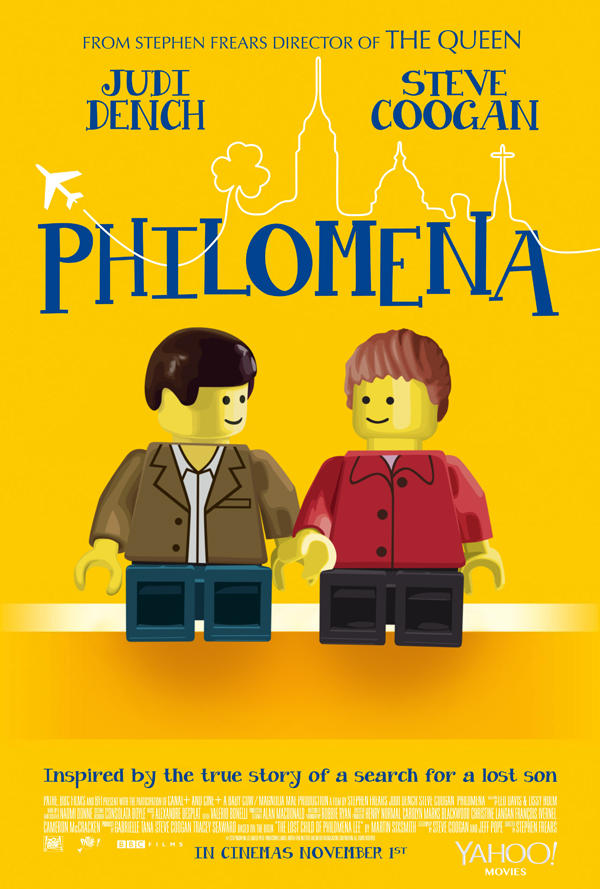