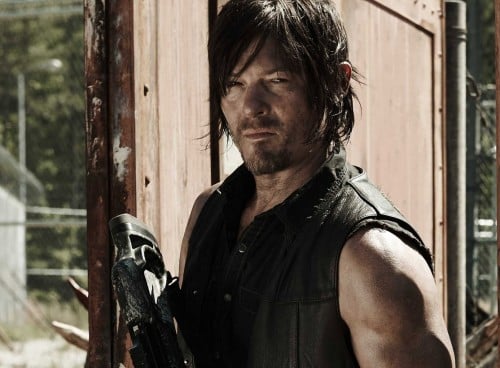 This week, I continue my series which tries to find the next show on television that will fill Breaking Bad’s massive shoes now that it’s wrapped for good. I’ve already turned my attention to candidates like Sons of Anarchy, Boardwalk Empire, and last week, Game of Thrones seemed to get closest to earning the title.

Now, I’m sticking with AMC itself, and focusing on their ratings monster, The Walking Dead. Over three and a half years now, the show has built itself up a following that now brings in 10M viewers a night for some episodes. That’s astonishing for cable, and an average episode of The Walking Dead destroys the sorts of numbers Breaking Bad put up, even on a good day.

So, is the show enough of a pop culture phenomenon where it can replace Breaking Bad as the best show on TV? 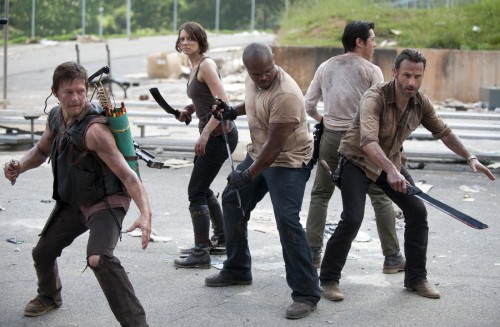 No, and it’s not really even close, in this case.

I will credit The Walking Dead for dramatically increasing in quality over time. Each season has proven to be better than the last, mostly due to fluctuations in showrunners, and it’s now settled on the very competent Scott Gimple. But when it was bad, it was really bad, and certain moments in season two had you watching simply because it had almost veered into the “so terrible it’s hilarious category.”

The show has grown up over the past few seasons. Characters that have been responsible for the dumbest decisions or worst plot turns have either been transformed into likeable cast members or killed off. The show knows not to languish for too long, and has had some incredibly riveting episodes recently, far better than any that have come before it.

Furthermore, The Walking Dead only half suffers from the problem that Game of Thrones has, being based on existing source material. While Game of Throne has to stick very close to George RR Martin’s books, The Walking Dead takes far more liberties with Robert Kirkman’s graphic novel series, and rightly so. While many love Kirkman’s original, I think the decisions the show has made are far better than what’s taken place in the comic, which have created a number of fantastic moments (many involving Shane in season two, and the fact that the show simply invented fan favorite character Daryl out of thin air) and also toned down some of the sex-obsessed weirdness from the comic (Carol wanted to marry Rick AND Lori in the comic at one point, Dale was sleeping with Andrea and her sister). Though the show retains the basic framework of the comic, it still manages to surprise us by changing significant details (like say, who was beheaded by the Governor in the mid-season finale).

All of this said, The Walking Dead still isn’t quite on the same level as Breaking Bad, nor any of the other three shows I’ve mentioned so far. It may only be one rung down in terms of quality, but it’s a noticeable gap. Only rarely does the show draw truly amazing acting performances from its cast (Herschel, recently), and Rick remains a not-very-compelling lead in my eyes. Characters like Daryl and Michonne are badasses sure, but how much depth to them is there, really? 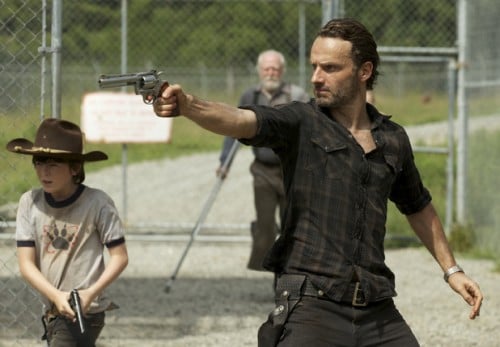 The direction of the show is problematic as well, as the group simply…wanders. Sometimes they stop for a while. Sometimes they keep moving. But moving toward what? There’s no end goal in sight, and the show can feel aimless because of it.

Similarly, it’s not an entirely artless show, but it consistently feels like its entire budget is dumped into zombie make-up with little to spare for anything else. I’m picturing the horrific special effects of guns firing in season three with tiny flashes of light and no recoil whatsoever.

If Breaking Bad is a tragic Shakespearean play, then The Walking Dead is just an off-Broadway knock-off. We just sit around waiting for the next cast member to die, and it’s hard for deaths to have any real weight on the show when it’s such a routine occurrence given the world they inhabit. There’s constant confusion about comic readers and show watchers thinking they know what happens next, creating a muddled soup of fans who have some vague idea of what’s happening, but then turn out to be wrong as the show deviates from that path. It’s better than knowing everything that’s coming I suppose, but true surprises can still be elusive.

At the very least, The Walking Dead has evolved from a shambling joke to a very watchable Sunday night experience. It’s enjoyable, though it’s hard to support the idea that despite high ratings, it matches the gold standard set by Breaking Bad. Right now it’s bronze at best, and it’s going to take an enormous amount of work to even get to silver.