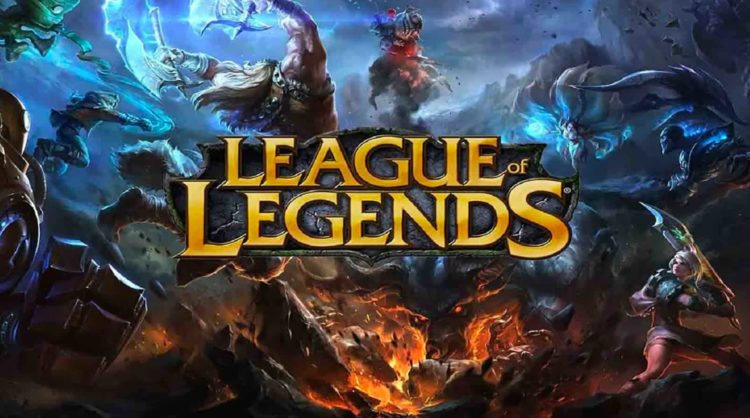 In the times of E3, or lack thereof, video game publishers, developers, and other companies within the industry have turned elsewhere in order to release shocking news, game trailers, and other updates to their projects and IPs. One such event from Xbox, their Bethesda showcase, did just that and more. Typically, fans expected the showcase to be a somewhat in-depth look into the upcoming, and long-confirmed, projects from one of the largest studios Xbox had acquired over the years but it was much more than that as Xbox also announced a plethora of content from Riot Games headed to Xbox Games Pass. Below, we’ve gone into detail on everything coming from Riot Games to Xbox Game Pass, as well as the possible future between the two companies.

Xbox announced that they had acquired Bethesda on September 21st of 2021, and with it absorbed id Software, ZeniMax, Arkane, MachineGames, Tango Gameworks, Alpha Dog, Roundhouse Studios, Bethesda Studios, and Bethesda Softworks, which added some absolutely incredible heavy-hitters to the Xbox family and opened up the potential for the console creator to create more games within a vast array of franchises that are already beloved. Since the nearly year-old acquisition has gone through, Xbox announced a showcased brought together by Xbox with Bethesda’s name attached simple called the “Xbox Bethesda Showcase”, although it was an overall Xbox reveal. While the event showcased the most highly-anticipated games such as “Redfall” and “Starfield”, much more was announced as well from other publishers and developers with a relationship with Xbox, such as Riot Games with their surprise addition of content from a variety of their most popular games.

Riot Games has most been associated with a variety of PC and mobile-exclusive games such as “Valorant” and “League of Legends” and its various spinoffs. Surprisingly, Riot Games have only two main games that have nothing to do with each other with ‘Valorant” being a first-person hero shooter, similar to “Overwatch” and “Counter-Strike”, and “League of Legends” being something else entirely as a MOBA inspired by “Warcraft III” mods. While no “Valorant” spinoffs have launched yet, practically every other game and piece of media outside of video games from Riot Games is related to “League of Legends”. Various Riot Games spinoffs include the online collectible card game “Legends of Runeterra”, a mobile version of LoL, “League of Legends: Wild Rift”, and an auto battler inspired by “Dota Auto Chess”, “Teamfight Tactics”. Riot Games also has Riot Forge, their third-party studio where they oversee other studio’s projects within the “League of Legends” universe such as “Ruined King”, “Hextech Mayhem”, “Convergence”, and “Song of Nunu” as well as an animated Netflix series called, “Arcane” that was received quite well with more expected to hit the service. Riot Games have also released two tabletop games, one based in the “League of Legends” universe called, “Mechs vs. Minions”, and another unrelated tabletop game back in 2020 called, “Tellstones: King’s Gambit”.

With all of the content that exists naturally within each game from Riot Games, the developer has made a variety of it available through subscribers of Xbox Game Pass in the near future. Purposefully, one could easily assume, that Riot Games didn’t announce the console playability of their hit games at the Xbox Bethesda Showcase, but that’s likely to be coming following fans’ interest in the perks soon-to-be provided with Xbox Game Pass. Although LoL has become one of the most popular and most played games on PC, especially as a free-to-play title, the developer hasn’t necessarily stated that the games will come to Xbox but Xbox has much more influence with console players over PC, even with Game Pass PC. However with the inclusion of the following perks for players who are already subscribed to Xbox Game Pass, it’s pure perks, and anyone not subscribed to the service that finally wanted a reason to dive into the games can do so and save money. Every Riot Games game product listed above has perks that can be expected soon, with help from Xbox. “Valorant” players can be happy to know that Xbox and Riot Games have content expected to hit the service that’ll include all Agents unlocked, “League of Legends” players can expect all Champions unlocked, as well as players of the mobile version, “League of Legends: Wild Rift”. Additionally, the two lesser games from Riot Games that will bring content to Xbox Game Pass, “Teamfight Tactics” and “Legends of Runeterra” include select Little Legends, and Foundation Set unlocked, respectively.