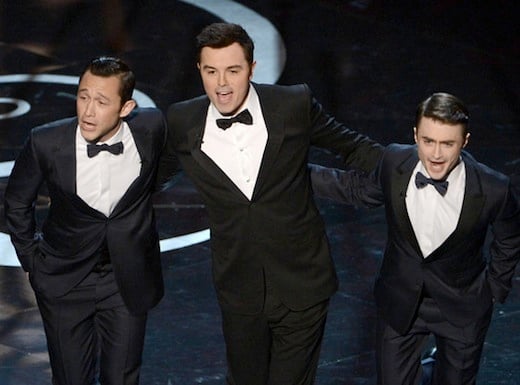 So, I don’t think I’ve made any bones about it on this site or elsewhere; I’m a feminist. Maybe I haven’t officially come out of the closet about it, but here I go. Being a feminist on the internet sometimes feels like the most dangerous game, and unfortunately we’re not living in a world where someone can say they’re a feminist without substantial blowback. All that said, I have a sense of humor. About myself, about others, about others’ perceptions about others. I think the joke “How many feminists does it take to screw in a light bulb? One, and that’s not funny,” is hilarious.

Seth MacFarlane hosted the Oscars this past Sunday, and I thought he did a fine job. I laughed at many of his jokes. I thoroughly enjoy Family Guy, and American Dad even more, and my pleasure at both of these shows is a cause of deep and all consuming shame. Because I know I’m not supposed to do it. I know that feminists hate him, and even worse, intelligent people can’t abide him. I am a member of both camps. I am, however, seriously endeared towards the man. 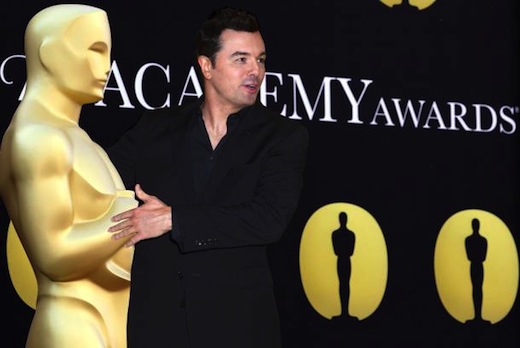 Here’s the thing about Seth. I see him. In a true Avatar-like sense. In an Elfquest recognition style way. That’s right, I’m letting my old-school geek flag fly. GET ON MY LEVEL.

Seth MacFarlane wants to be Gene Kelly. He is a complete musical theatre nerd, and he wraps himself in “cool guy” jokes and frat boy humor to help camouflage it. He will do years of edgy (read: racist, anti-semitic, sexist, or generally classless) comedy in order to get to a point where his Fox producers will let him do an animated version of The Music Man‘s Shipoopi number in full, completely unironically, with no satirical commentary laid on top of it. His fans see said musical interlude as absurd comedy, but I see it for what it is: a three minute fantasy of a MacFarlane protagonist (voiced and sung by MacFarlane, natch) being Harold Hill (the titular music man), played out in a time when sincere musical numbers no longer have any cachet in pop culture. It is, in a word, adorable.

I also think his aforementioned “edgy” humor is legitimately funny. One of the hardest things about being a feminist is coming to terms with the fact that one can enjoy things that are sexist while still having the awareness to critique them. Once I say I’m a feminist, I feel like I have a responsibility to represent a higher cause, a greater good. Liking something or someone universally derided by feminist groups is a sure-fire way to not being taken seriously by anyone. It’s a constant source of anxiety. I like to think I’m a woman who has the courage of her own convictions, though, and thus I’m stating unequivocally that I think Seth MacFarlane is funny, and I think a lot of his sexist jokes at the Oscars were funny.

What follows is a list of sexist (or otherwise offensive) MacFarlane Oscar jokes, whether or not I thought they were funny, and the thoughts running through my head while I was laughing.

We Saw Your Boobs

Thoughts: Oh look, it’s representations of all the guys who spout “Tits or GTFO” in every internet interaction ever dancing around acting like the personification of the juvenile masculinity they’ve never overcome. Some men can be ridiculous, slavering over boobs like dogs over choice cuts of meat. This is funny because it’s true. Not right, but true.

Describing the youth of Quvenzhané Wallis: “To give you an idea of how young she is, it’ll be 16 years until she’s too old for Clooney.” 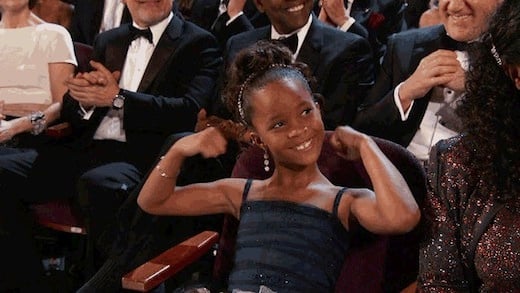 Thoughts: George Clooney is an overripe poon hound quickly approaching his expiration date. His girlfriends are often young enough to be his daughters (though in his defense, he’d be a young father). This is funny because it’s making fun of George Clooney.

Unrelated because it came at different part of the show: Quvenzhané Wallis making muscles while her name was announced as best actress nominee is a win for all eternity.

“This is a story about man fighting to get back his woman who has been subjected to unthinkable violence, or as Chris Brown and Rihanna call it—a date movie.” 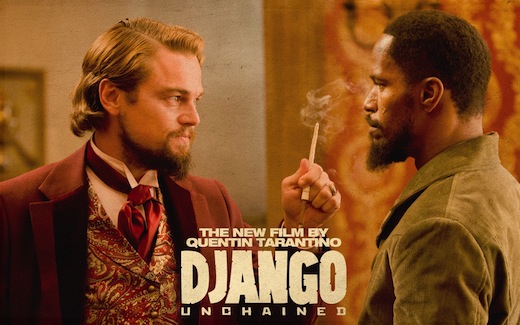 My verdict: Not funny.

Thoughts: Rhianna and Chris Brown’s relationship hurts my soul and I pray everyday she gets out of it. Also, I’d really wish society and the media would stop giving any amount of f***s about what Chris Brown does, because he’s a royal piece of you-know-what. But actually, thanks Seth, for reminding me to never give him any amount of support or money. 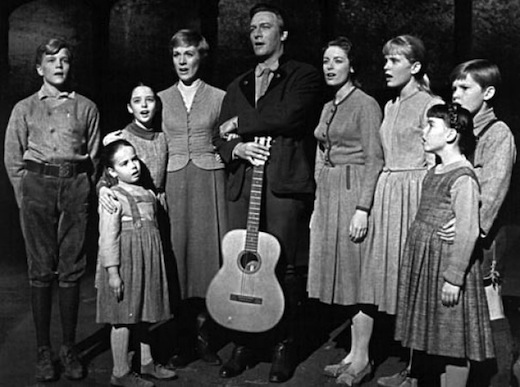 Sadly, I couldn’t find a video of this. In it, Seth introduces Christopher Plummer, recalling his famous role as Captain Von Trapp from The Sound of Music. The intro reenacts (replete with orchestral cues) the famous scene where the family is introduced at the Salzburg music festival, repeatedly not making their entrance until a youthful Nazi runs in and shouts “They’re gone!”

Thoughts: This is cheating, because I don’t think anyone found this offensive. However, it stands as more evidence that Seth MacFarlane loves musical theatre like a feminist loves complex female heroines. Also, it was my favorite thing that happened in the history of any awards show. Confession: I’m a bigger theatre geek than Seth. Hint: I spell “theatre” like “theatre.”

“I would argue, however, that the actor who really got inside Lincoln’s head was John Wilkes Booth.” 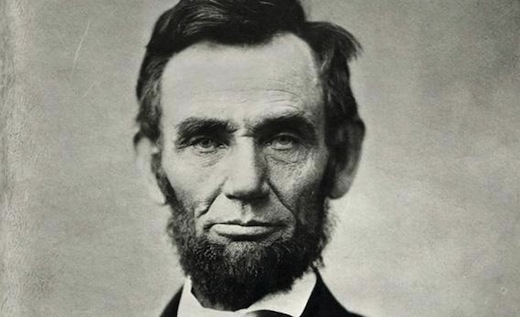 My verdict: Funny, though maybe not LOL worthy.

Thoughts: The offense-taking on this joke is something I don’t understand. It’s an easy joke, and an obvious one, so I can see how it can be considered lazy. But an actual “I’m so thoroughly offended by this” response? Is 150 years too soon? You know who’s not spinning in his grave? Abraham Lincoln, because he is bones and dust and therefore cannot care about a guy making a joke like this a century and a half after his death.

So keep on keeping on, Seth. Keep making your jokes steeped in irony and I’ll keep laughing and feeling bad about it later. Keep sneaking in your musical numbers, and keep your dream about being a true song and dance man alive. I used to listen to Frank Sinatra in complete earnestness, too.

I see you, Seth MacFarlane.