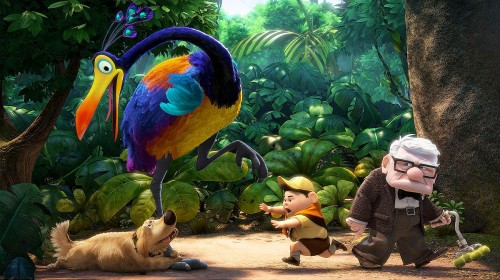 Do you ever feel chained to your Netflix queue and your 401k plan, wondering where the wanderlust of your youth slipped by?  I used to be a 20 year old girl who left the Unites States for London with a visa and a return ticket farther out than my parents should have been comfortable with.  This was in 2002 and when I arrived I stayed at The Generator Hostel in a room with a kid everyone claimed had SARS.  At night, the other hostel goers would drink cheap cider and one middle aged gentleman told me that he was going to commit suicide to Pink Floyd’s “Comfortably Numb.”  That is to say, that real travel is anything but glamorous but provides the perfect pressure cooker for stress and inspiration.  I ended up working in a pub in Trafalgar Square that summer, stealing chips behind customer’s backs and finding my authentic self when no one was paying attention.

If your life has become a stagnant flow of yelp-reviewed restaurants and Starbucks barista coffee, I recommend you find watch these movies and renew your passport. 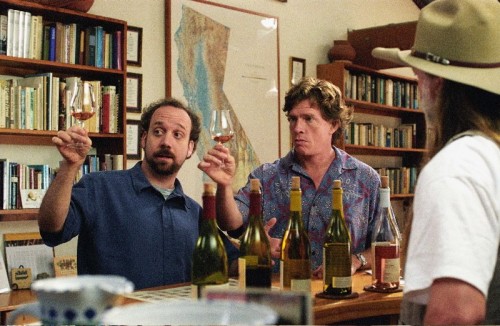 This movie is the reason that I live in California.  I grew up in the Midwest where Los Angeles is a dirty word, thinking I’d never so much as step foot in Southern California.  I started my professional career in Boston and found comfort in the fact that I wasn’t expected to smile at anyone or make conversation on the train.  I was given the opportunity to transfer to Los Angeles which was irritating at first but then I thought, well at least I can check out those Pinot Noir grapes that Paul Giammati was talking about and now I’ve lived here for 6 years.  The winemakers in Los Olivos and Santa Ynez tell me this movie was a big boon for their business, but whatever you do, do NOT drink from the spit bucket at Fess Parker.  Trust me. 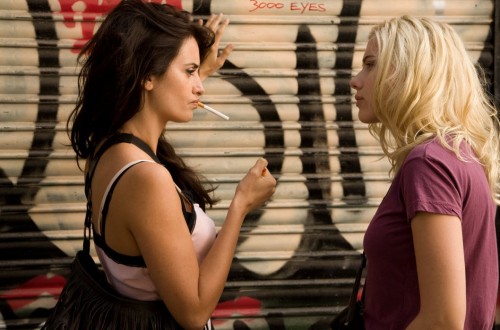 Besides the sexy love triangle between Penelope Cruz, Javier Bardem and Scarlett Johansson, this movie should be watched for pure scenery titillation.  This film was shot on location in Barcelona and captures the essence of the American ambivalence with traditional careers and relationships.  Ask yourself, if Javier Bardem asked you to fly you in his plane to Oviedo, would you really say no? 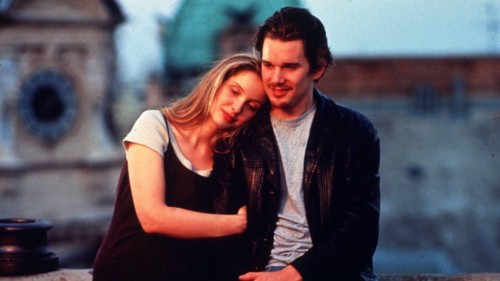 This movie guts me for so many reasons but it subtly pulls at my desire to walk around European cities, waxing poetic about life.  Celine and Jesse are young college students with a Eurail pass and all the time in the world to contemplate the deeper questions about existence.  They’re so broke that they can’t afford a hotel room for the night or to pay a bartender for a bottle of wine but manage to make their dirt poor stop in Vienna the 24 period that haunts them for the rest of their life. 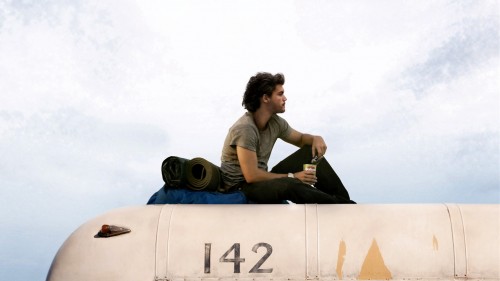 There are two people in this world: those whose souls awaken by watching Into the Wild and those that can’t get over how much he screwed over his parents.  I happen to be on the soul awakening side.  This is the biopic about Chris McCandless, the Emory grad who literally set fire to his life and dared to live on his wits in the wild.  He meets kind and compassionate travelers along the way and breathes in an American landscape often unseen by anyone.  If you’ve ever felt that the life that had been designed for you does not fit your inner programming, watch this movie and avoid wild berries at all costs. 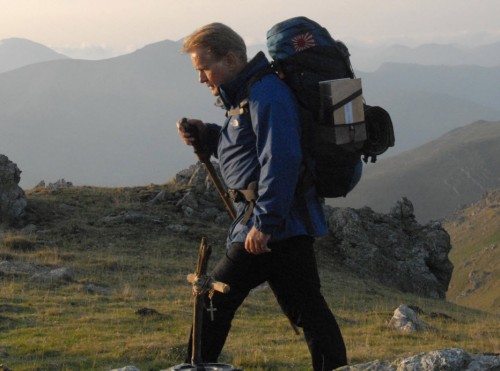 This is the movie to watch if you feel like your backpacking days are too far behind you.  Martin Sheen plays Thomas Avery, a doctor whose son dies during his trip in France.  His son was participating in “The Way of St. James,” a Catholic pilgrimage through Portugal, France and Spain.  Thomas decides to take his son’s equipment and follow the route that he had meant to finish.  As he walks he encounters the whimsical and eccentric European travelers one expects to meet half drunk at a pub.  Watch this if you’re prepared to blow $300 on a backpack at R.E.I. 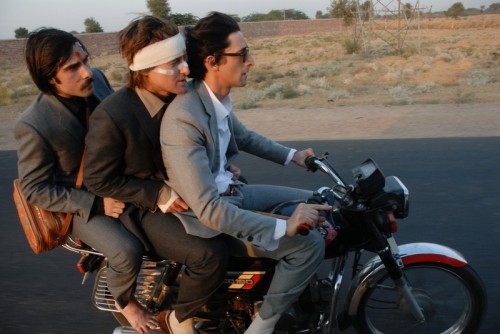 Wes Anderson explores what happens when you try to force the members of your family to heal their wounds on a trip to India.  This movie hits your ocular senses with a color palette that explodes on your face.  Can India really be this lush, this rich with color saturation?  It’s nice to wonder.  Owen Wilson’s character sums up the travelers manifesto perfectly in this film: “I want us to be completely open and say yes to everything even if it’s shocking and painful.”

The Lord of the Rings Trilogy 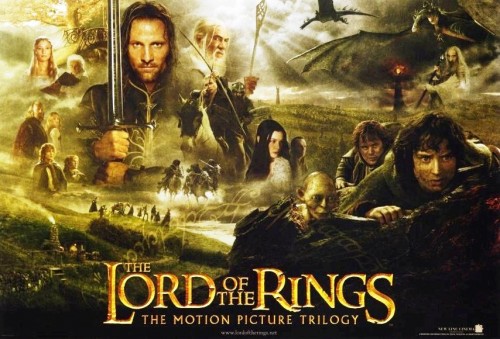 Hello New Zealand!  It’s nice to meet you.  The LOTR films put New Zealand on the map for Americans well before Bret and Jermaine were teaching us about business time.  I, like everyone else who saw these movies, was captivated by the scenery and incredulous that middle earth was a place I could actually visit.  I completed my trip to New Zealand in 2009, where I was charmed by the vast silence and unmolested terrain of the countryside.  That is to say, I totally took a bunch of pictures of myself next to a hobbit hole. 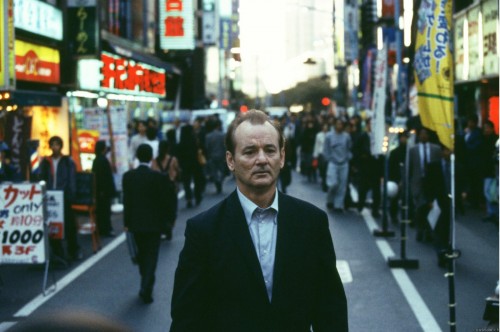 Sophia Coppola’s Lost in Translation is an ode to feeling lonely in a room full of people.  She explores the dark sides of traveling: the disconnections, the isolation and the lack of basic congruence with the culture you are living in.  Bob and Charlotte connect in Tokyo and form a bond that one can only form when you’re floating freely without a cord tethering you back to the family you should consider home.  This movie is for those who have met soul mates at last call at a hotel bar and had to bid adieu before any romance can be explored. 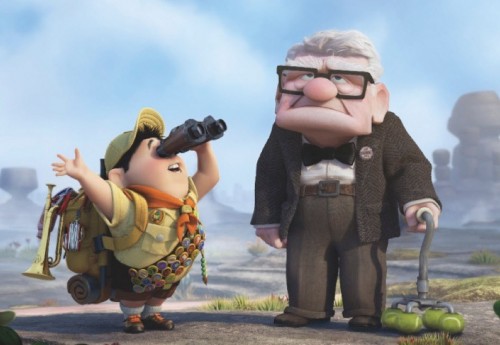 Can anyone watch the montage of the couple’s marriage in Up and not cry? I digress.  Carl Fredricksen is a widowed balloon man who finds inspiration from his late wife to travel to South America and take the trip of his lifetime.  He connects with a young Wilderness Explorer named Russell who has all of the appetite for adventure that Carl lacks.  Russell inspires Carl to look towards the future and not get weighed down by grief and an inability to change.  Watch this if you have always eat a tuna sandwich for lunch and haven’t stepped foot in the park next door to your office since it opened.

Jenni Wright lives in Los Angeles and is taking a long needed sojourn to Barcelona in April.