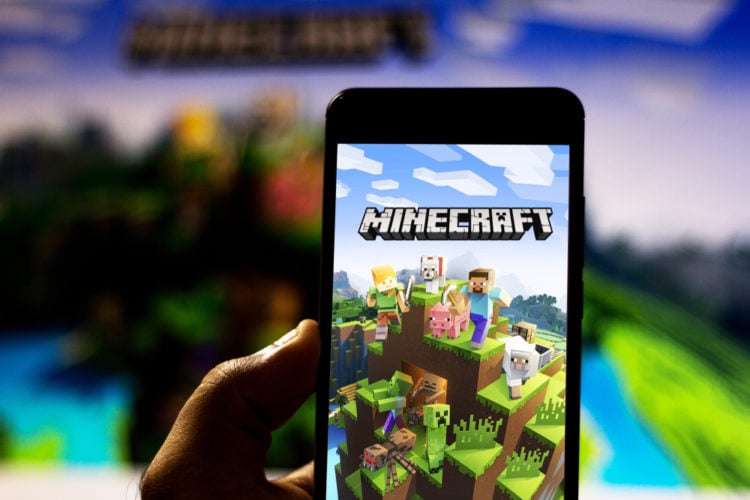 Minecraft is a very well-known name. After all, it is the single best-selling game ever released, having managed to sell more than 238 million copies since its initial release in November of 2011. In this, Minecraft has been helped out a great deal by its nature as a sandbox game, which provides interested individuals with a sense of freedom as well as an enormous amount of replayability. Still, it has been out for more than a decade’s time. As a result, it should come as no surprise to learn that the people behind the game are using a wide range of methods to keep the player count high. To name an example, it is possible for interested individuals to play Minecraft for free.

How Can You Play Minecraft for Free?

For those who are curious, Minecraft has had numerous versions released over time. Most of these are just different versions for different platforms. However, some of them stand out for other reasons. For example, there is a Java Edition for Windows, Mac, and Linux machines that has no cross-platform play with the various Bedrock versions. Similarly, there is an Education Edition meant for schools, camps, and clubs, which has built-in features meant to help out with both creating and delivering lessons. Having said that, the relevant version of Minecraft in this context would be Minecraft Classic. This is pretty much exactly what its name says, the classic version of the game that was free-to-play. Something that presumably explains why it remains free-to-play in the present time. In any case, if interested individuals want to play it, they should keep some things in mind. First, it is available on Windows, Mac, and Linux machines. Second, it is the classic version of the game, meaning that it is very different from what Minecraft has become. For example, there are no mobs. Similarly, there are just 32 kinds of blocks. Even the original bugs are still in it. Third, interested individuals should know that there is no way for them to save their game in Minecraft Classic. Theoretically, they could keep it running on their browser on an indefinite basis. In practice, well, they are going to have to close their browser at some point. Still, Minecraft Classic can be an interesting experience even for people who are familiar with what the game has become in the present time, meaning that they might want to spend some time checking it out.

Should You Look Into the Free Trial for Minecraft?

Besides Minecraft Classic, interested individuals might want to check out the free trial for Minecraft. Once again, this is pretty much exactly what it sounds like, which is to say, a chance for them to see what the game is like before making a further decision to either buy it or not. Something that should make for a much more informed choice than otherwise possible. The free trial for Minecraft is available on Android, the PS3, the PS4, the PS Vita, and Windows machines. However, interested individuals should know that the length of the free trial will depend on the exact device being used. Still, this can be very useful for people who aren’t sure whether they want to buy the game or not.

Check Out the Game Rules

Minecraft is a sandbox game. As a result, interested individuals should feel free to change its game rules until they are perfectly suited for what they have in mind at the moment. In Java Edition, this can be done on the Create World screen. Meanwhile, in Bedrock Edition, this can be done using either commands or the Game Settings screen. There are a lot of game rules that can be changed to make an experience that is more in-line with what interested individuals want. For example, the player will drop their items when they die by default. This can be quite frustrating, particularly if they died in a place that makes it either difficult or outright impossible for them to retrieve their items. If interested individuals dislike this, they can just turn it off. Similarly, if the player is being frustrated by mobs changing blocks and taking items, there is the option for them to disable that altogether. Something that can have amusing unintended consequences because this will also prevent villagers from increasing their numbers once they have run out of food. There are other game rules that cover everything from whether fire can spread or not to whether players should take fall damage or not. As such, interested individuals should definitely spend some time playing with the full list of options to see what configuration suits them.

Light is very important. Essentially, most monsters won’t spawn in light. As a result, light is the single easiest way for interested individuals to claim territory in Minecraft. Torches will be their first source of light. These items have a base light level of 14. Later, interested individuals will be able to get other sources of light, which can rise as high as a base light level of 15. This matters because the light level drops by 1 for each block in each direction, meaning that a diagonal counts as not one but two steps. Since most monsters need complete darkness before spawning, this means that a single torch can provide a fair amount of coverage. Something that is particularly true because monsters won’t spawn close to the player themselves. If interested individuals are having problems developing an intuitive understanding of the relevant distances, it can be useful for them to use the Debug Screen to see the light level of the block that they are standing upon. For that matter, this can be a very useful way for them to check whether their base is fully-covered by their sources of light or not. If not, well, suffice to say that interested individuals should be making more torches or other sources of light sooner rather than later.

Make Use of the Environment For a Starter Base

Eventually, people are going to want to make a base for themselves. That provides them with a place of safety, which is very important when there are hostile mobs wandering around in the world. If people are experienced with base-building, this process will be second-nature to them. Unfortunately, everyone has to start out somewhere. For those who are starting out, they might want to make use of their environment in their base-building efforts. In the real world, a lean-to is useful because it piggybacks off of an existing structure, thus reducing the amount of time and effort that interested individuals need to put one up. Something similar can work in Minecraft as well. Due to this, it is very common for people to build their first base by hollowing out either a hill or a mountain, which can provide them with a very secure place while reducing the amount of work that they need to put into it. Meanwhile, the idea of a free-standing structure can be very attractive. However, it will become much less so when interested individuals realize that wood can be ignited by lightning. There are more durable materials that can be found out there, but those durable materials will require a corresponding amount of time and effort.

There Are Some Areas That Are Critical For Any Base

There are some areas that are critical for any base. As a result, when interested individuals start building more sophisticated bases, they should start by incorporating these areas into their plan before getting to work. One example would be a sizable storage area with plenty of space for their chests. It is natural for people to accumulate things in this game at a rapid rate. As a result, they are going to want to be ready for that by preparing enough storage for not just their current needs but also their future needs. Otherwise, well, suffice to say that it can be a huge hassle to reorganize one’s storage even when that is happening in a game rather than in the real world. Another example would be a farm, which should have a couple of things to be true about it. First, it should be modular in nature, meaning that interested individuals should be able to change their farming plans for the area with ease if they ever decide that they want to go in a different direction. Second, the farm should have space for further expansion. It might be enough for the player’s needs in the present but there is no guarantee that it will be enough for the player’s needs in the future. Due to this, it is a good idea to be prepared for that by setting aside expansion space ahead of time rather than setting up another farm at some point down the road. Besides these two things, interested individuals might also want to reinforce their base so that it will last. Exactly how much effort they should put into this depends on exactly what is going on in the surroundings. If there aren’t any particularly pressing threats in the local area, they can probably get away with something less labor-intensive. If they are somewhere more dangerous, well, building a fortress in such locations can be plenty of fun in its own right.

Interested individuals will come upon lucrative but dangerous opportunities from time to time. They shouldn’t rush in. After all, if they get killed, they can expect a huge amount of inconvenience getting everything back. Instead, they should set up a field base by putting down a bed and then sleeping in it. Of course, there is much more to setting up a field base than just putting down a bed. For example, interested individuals should put it in a safe spot so that they won’t get killed a short while after they respawn. Similarly, interested individuals should make sure that it is well-stocked with everything that they need to get back into the action, which means both equipment and the supplies needed to make more equipment.

You Want to Familiarize Yourself with the Crafting Recipes

The player should familiarize themselves with the crafting recipes as soon as possible. Yes, most of the crafting recipes can be found in the recipes book. Moreover, if there is anything that can’t be found therein, said individual can just look them up using one of the numerous online resources that can be found out there. However, that can be a huge hassle. For that matter, there is an even more important reason for the player to familiarize themselves with the crafting recipe, which would be internalizing the various methods with which they can squeeze out efficiencies. That might not sound very important. After all, if the player runs low on wood, they can just collect some more wood. Similarly, if the player runs low on stone, they can just collect some more stone. However, that changes when the player starts working with large amounts of resources because the squeezed-out efficiencies become much more noticeable on that scale. Moreover, not every resource is as common as wood and stone, which makes getting the most use out of them that much more important.

There is a compass in Minecraft. However, it is amusing to note that it doesn’t point north. Instead, the compass points towards the spawn point under normal circumstances. This can be very useful but this might not be what people were expecting from their compass. If they want to figure out which direction is north, they are going to need to check out their surroundings for clues. For example, clouds are a very useful source of information because they move from east to west. Similarly, blocks have consistent crack patterns, meaning that it should be possible to see which direction is north by inspecting the crack pattern on the top of a block. 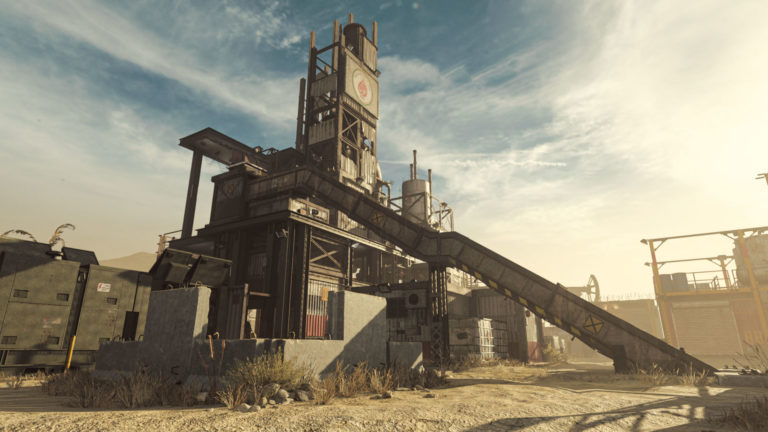