Home
Movies
Our Picks for the Best Movies of the Summer: Part 1
Prev Article Next Article

Well, it’s that time of year again, Folks.  A new school year is well underway and the blockbusters of the last few months have safely rotated out of theaters.  No more Age of Ultron, no more Minions and (thankfully) no more Fantastic Four.  We’re even starting to see the first round of Oscar hopefuls rearing their heads at the box office (here’s looking at you, Bridge of Spies).  With that in mind, I thought it would be worthwhile to look back and take stock of the best movies that this summer had to offer.

10) Mr. Holmes – Whoever said that the best movies of the summer had to be explosive blockbusters?  This quiet, introspective look at the world’s most renowned detective more than held its own against the deluge of bombs and bullets inundating multiplexes during the height of the season.

Rather than the tried and true formula that we’ve all come to expect from the titular character – a dapper young man at the height of his career solving a seemingly impossible case through his uncommon wit and uncanny observations – the film begins in the far-flung retirement of Mr. Holmes.  Rather than Robert Downey Jr. or Basil Rathbone, we follow an especially codgery Sir Ian McKellen fighting desperately against dementia: trying to resolve the failed case that ended his career.

While I can hardly call Mr. Holmes a perfect movie – let alone the kind of movie that most people want to devote a summer afternoon to watching – it is a pristinely crafted film.  Bill Condone helps tip the balance of his checkered directorial career (which includes everything from Dreamgirls to Breaking Dawn parts 1 and 2) with his measured look at the twilight years of one of the most fascinating characters ever set to the page.  Ian McKellen is, of course, excellent in the title role and adds a degree of stark humanity to a character who is too often overlooked for want of the narrative that he happens to find himself in.

9) Terminator Genisys – While the latest Terminator movie failed to win over audiences (making only a scant $89 million domestically), I’ll happily admit to being one of its few steadfast fans.  While it might just be that people are tired of watching yet another robotic assassin from the future try to take out a single mother and her bastard son, I can’t help but feel that it was Paramount’s marketing that killed any chance it had at the American box office (spoiler alert: people don’t like it when the trailer spoils the movie for them).

If you can get past its reveal-heavy trailers, however, they actually did release one Hell of movie.  Despite its fair share of narrative missteps , it delivered everything that I’ve ever wanted in a Terminator movie: bending the franchise’s already time-twisted plot back in on itself to create a temporal ouroboros.  After changing the past time and time again, they finally went one too far: warping the course of history into something entirely unrecognizable.  What’s more, they got The Doctor to be the one to do it.

Should the movie have stuck with the warped 1980’s narrative from the first film?  Yes.  Should the perfunctory time-travel to the 2010’s been held off for the inevitable sequel?  Absolutely.  Should Hollywood stop trying to make Apple and technological interconnectivity the go-to sci-fi villain of choice?  You know it.  Still, none of these faults irreparably damaged the film when all was said and done.

8) Jurassic World – It was a tough call for me to pick between Terminator Genisys and Jurassic World.  Genisys gave me everything that I’d ever wanted out of its franchise, albeit sloppily.  And while Jurassic Park was everything that I ever wanted out of a Jurassic Park movie, World came as a pretty close second: giving us a vision of a modern, functional dinosaur zoo.  And while its narrative ambitions were modest to say the least, none of the mistakes that weighed down Genisys’ production could be found in World‘s polished disaster narrative.

Seriously, Jurassic World did everything right.  It has the absolute coolest movie monster since Alien‘s Xenomorph in the Indominus Rex.  It has a ridiculous four-way showdown between it, a T-Rex, a Raptor and Mosasaurus (the giant Crocodile-Whale thing from the trailer).  It has Starlord riding into battle against a genetically modified super-dinosaur with a trained squad of raptors behind him.

While it did do everything else right – from its perfectly visualized park to its idea creating of militarized dinos – Jurassic World does suffer from one critical flaw that ultimately kept it so low on this list.  None of its human characters are interesting.  While thankfully none of them are outright obnoxious, none of them feature the strong personalities, interesting back stories or dynamic character development that are the traditional hallmarks of good story-telling.  Hopefully, though, this to be fixed in the inevitable sequels (word on the street is that Chris Pratt signed on for three more of these).

7) Southpaw – Everybody loves a good boxing movie, from Rocky to Cinderella Man.  It’s not surprising why, either.  Although its popularity’s waned considerably in recent decades, it’s the perfect Hollywood centerpiece: realistic enough for those disparaging of the more outlandish genres that tend to dominate during the summer months, but action-packed enough for those that find typical dramas too weighty or boring to sit through.

And despite how played out this type of movie’s become, Southpaw stands out as one of the better iterations.  While ultimately a few notches South of Rocky, Southpaw comes with considerably more polish.  Director Antoine Fuqua was an excellent choice to helm the picture, pouring his boundless talent for action into the exhilarating fight scenes.

Jake Gyllenhaal was hands-down the biggest acting snub at last year’s Oscars (and probably the biggest overall snub after The Lego Movie).  His portrayal of Lou Bloom was so thoroughly unsettling that the person watching the movie with me got up and left halfway through it because she simply couldn’t stand it any longer.  Southpaw‘s Billy Hope is that character’s absolute foil: endearing where Bloom is unnerving, explosive where Bloom is calculating.  And in him, Gyllenhaal gave every bit as good of a performance has he did last year.  Another snub this year would be a bitter pill to swallow, given the caliber of actor the man has proven himself to be with what could have otherwise been a pedestrian role in any less capable hands.

6) Mission Impossible: Rogue Nation – Say what you will about his personal life, but Tom Cruise is an exceptional entertainer who unerringly delivers what he promises.  Maybe it’s his insistence on practical stunts.  Maybe it’s his hellbent desire to do all of his own stunt work.  Maybe it’s his infectious charisma.  Regardless of how questionable the script (Oblivion) or how questionable the premise (Edge of Tomorrow), the hair-raising action and that winning smile alone have always been worth the price of admission.

The latest Mission Impossible is no exception.  The I.M.F., as it turns out, is not alone in the intelligence community.  A doppelganger organization – a veritable “who’s who” of spies, terrorists and assassins known only as “The Rogue Nation” – has been destabilizing world economies and undermining global security since the events of Ghost Protocol.  Despite the tangible threat that they pose to the world at large, the idea’s proven to be a hard sell to C.I.A. Director Alan Hunley , who believes that the organization is an I.M.F. front: an imaginative boogeyman to justify the I.M.F.’s continued existence.

The problem with the franchise in the past was its over-reliance on Tom Cruise in what was ultimately supposed to be a team effort.  Sure, Ving Rhames was always happy to come back for another action-packed romp, but the rest of the cast was rotating and ultimately forgettable.  Since Ghost Protocol, however, the franchise seems to have found a pitch-perfect cast to come back with for the foreseeable future: not just Cruise and Rhames, but Simon Pegg, Jeremy Renner and now Alec Baldwin as well.

The now stabilized cast has helped it distinguish itself from the one-man show that is the Bond franchise.  The large and immensely talented cast can play off one another in a way that the Bond franchise simply isn’t equipped to: creating a lighter – if no less exciting – film with more to fall back on if any one piece of the film fails to live up to the rest. 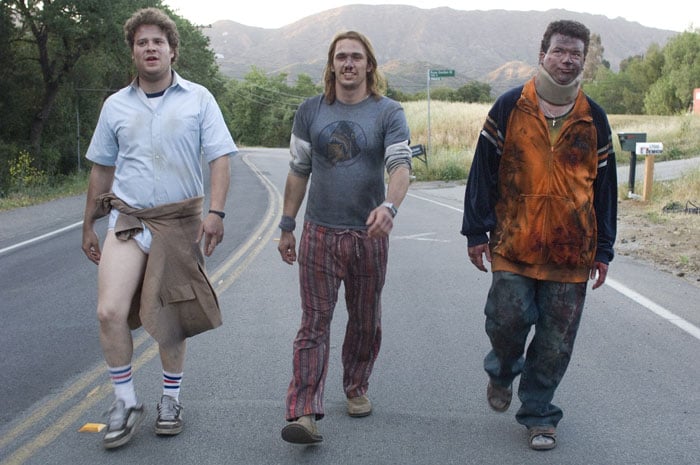 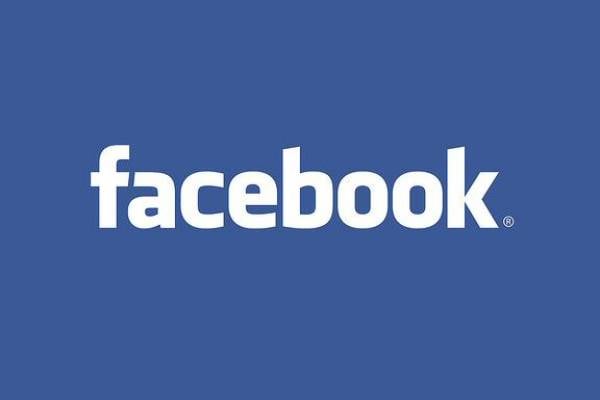 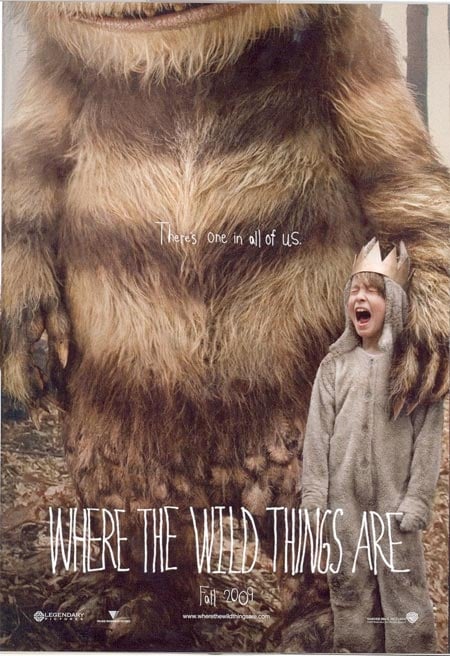 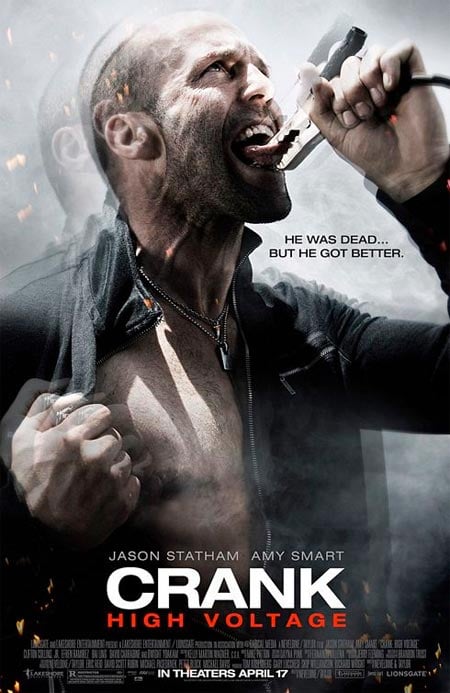 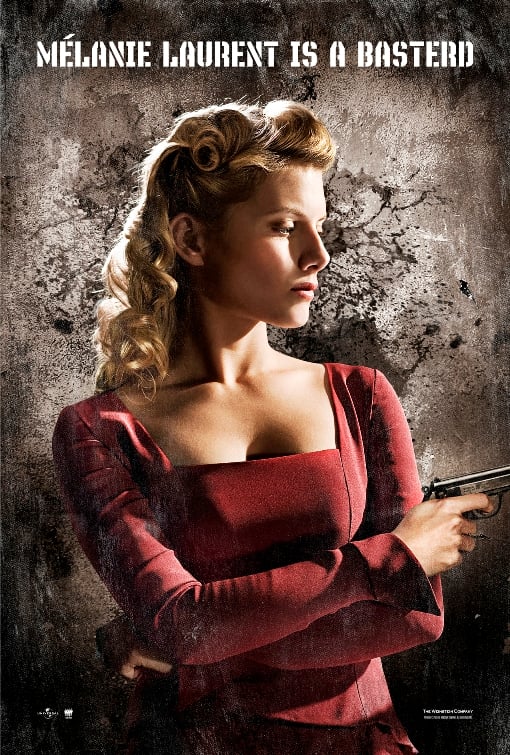 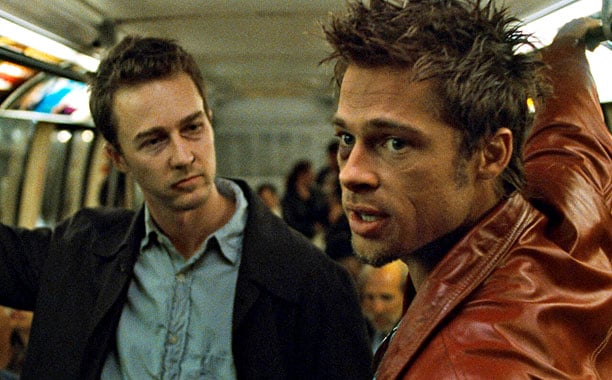