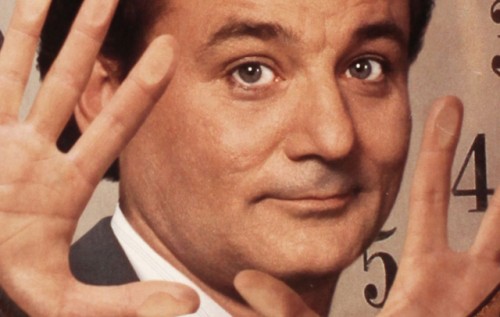 When you think of a bad movie poster do you relate it to a bad movie as well? More often than not a poster is so awful that it will prompt me to not even think of spending my well earned money on a theater viewing. Which is sad, because I’m sure I’ve missed out on quite a few “good” movies due to this circumstance.

Let me just start by showing you this: 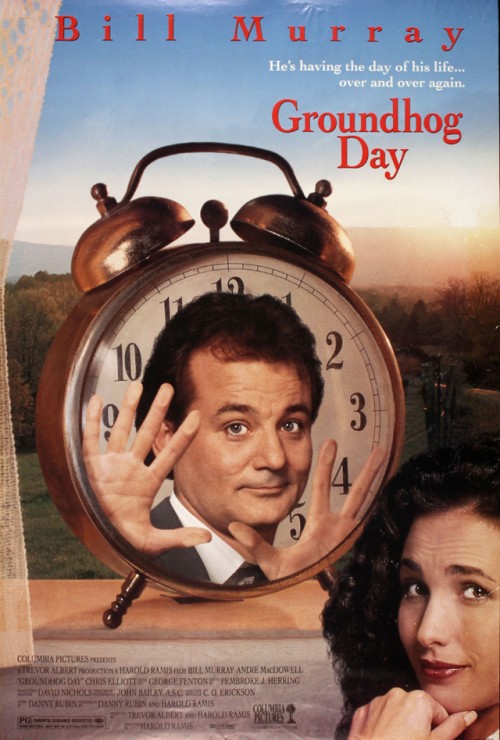 Someone got paid for this?! How does this kind of movie poster ever get past a concept sketch, much less go into mass production and get put up in cinemas all over the world? I’m as bewildered as Bill Murray is in this picture. Yet, is bewildered even what his expression is showing? I’m going to point out a few things in this poster that bug me.

Problem #1, what is Bill telling us in this picture? What’s that face say to you? Is he in a state of shock because he passed gas and is trapped in this clock? Is he happy and he knows it? Is he perplexed by his situation? I have no idea … and the poster sure isn’t going to help us understand. Problem #2, the tag line of the poster doesn’t make any sense with what is going on in the picture. Nothing in the picture is happening “over and over again”, how are we supposed to understand what that means? Problem #3, the woman in the poster, Andie McDowell, has almost the exact same expression as Bill. Why? She isn’t in the clock, and the tagline doesn’t say “they’re having the day of their lives over and over again…” Problem #4, can you say bad Photoshop work?

Let’s look at a better version of a Groundhog Day movie poster shall we? 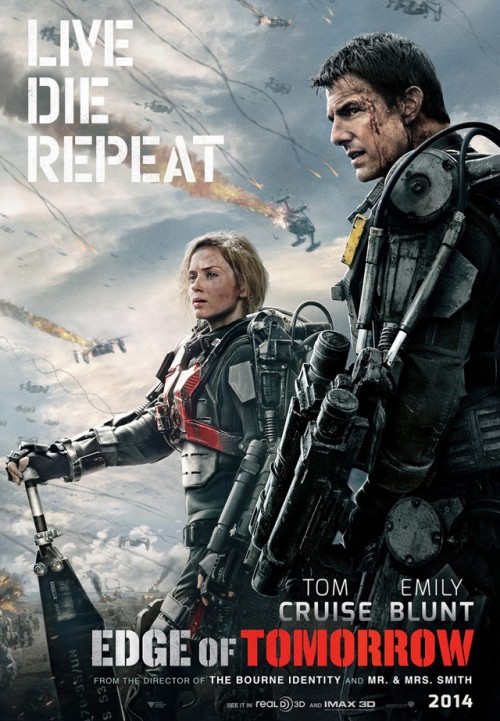 No but really … anyone else think that this was just today’s version of Groundhog Day? Ok, I just had to throw that in … moving on! 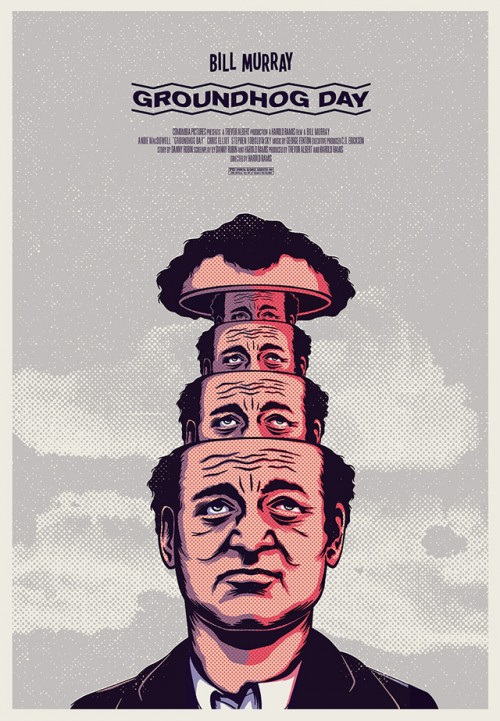 Note the expression right off the bat on Bill’s face, that’s what I think of when I’m living a day over and over again. Not only that but the way that the artist has captured the idea of him reliving his life within himself is brilliant. Then if you take it a step further, you could say that the overall shape of his heads stacked on top of each other as they get smaller kind of resemble an atomic bomb mushroom cloud. Come on tell me you see that. It could be the bomb inside his mind just waiting to go off at any moment while he lives the same day over and over again.

I won’t say that this new movie poster is perfect by any stretch of the imagination, but it is far better than the original. The style and overall art form shows that it took far more time to develop than the actual one and it shows. I hope that in the future more talented artists such as this get a shot at designing an actual movie poster that we can all enjoy as we pass through the halls of our local cinemas.