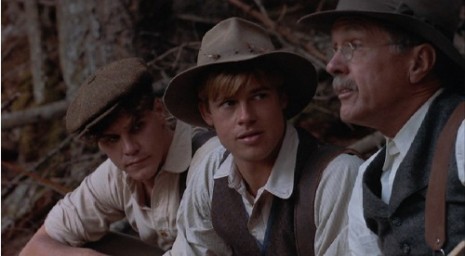 Very rarely in my movie recommendations of the week do I put in movies that are of superb quality.  I think most people reading this going in understand that I write about movies that you “have to see.”  Movies that leave an impression but movies that are usually just plain old bad.   But they’re so bad that they’re good.   Today?  Today I’m bringing you A River Runs Through It which I personally think is one of the best movies ever made.

Directed by Robert Redford, the film tells the autobiographical story about two young men, Norman (Craig Sheffer) and Paul (Brad Pitt), growing up in 1920s Missoula, Montana under the watchful eye of their father, a Presbyterian minister. Their mornings are spent in school and religious study, while their afternoons are devoted to fly fishing in the nearby Blackfoot River. At home, however, the family’s stoic emotions hint that trouble is to come. Norman goes to the east coast for college and lives there for six years, without returning home until then. In the meantime, Paul gets a job as a journalist and makes a name for himself back home. The movie is about Norman’s return home and his and Paul’s summer together.

As adults, Paul is a rebellious journalist and his brother, Norman, a level-headed, grounded teacher. Norman matures and channels his rebellion through his writing while dating Jessie Burns, while his reckless brother Paul turns to gambling and liquor. The film chronicles their intertwining and often conflicting lives, focusing on Norman’s point of view, as they grow up in the shadow of their minister father. A great deal of the film surrounds the men’s love of fly fishing for trout in Montana’s rivers, and their shared experiences through it while growing up.

If you haven’t seen this movie (which would be a crime), please check out the trailer and then get it….

Like I said, one of the best movies ever.  Also, a young Joseph Gordon Levitt as a bonus. 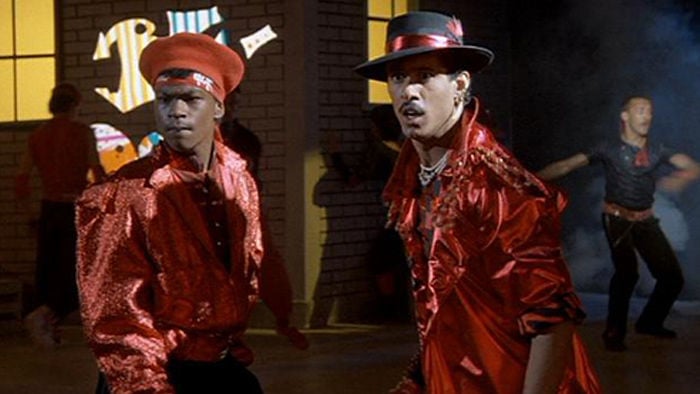