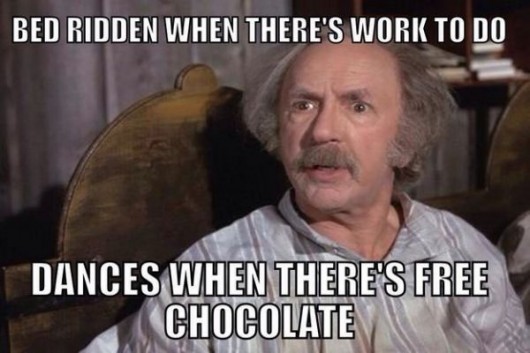 OK I fully admit it.  I can’t stand Grandpa Joe either.  The minute he started yapping “I’ve got a Golden Ticket” which miraculously sprang him out of a bed that he literally did not get out of for years on end, I realized that Grandpa Poe was one selfish SOB and couldn’t care less about Charlie.  He only cared about getting his old hands on Willa Wonka’s chocolate.   And it’s not that I felt alone here.  It’s just I didn’t realize that there were legions of Willy Wonka fans out that who can’t stand him either. 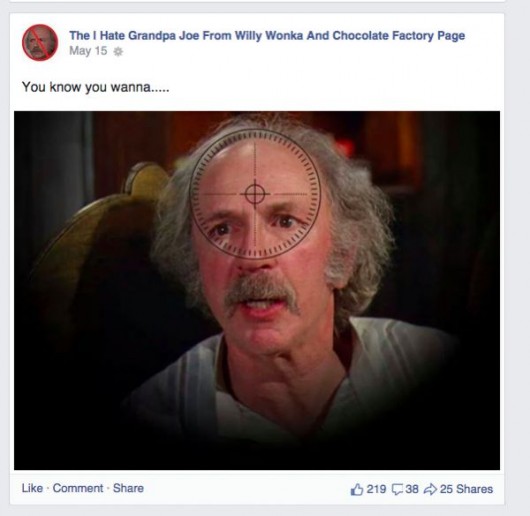 Back in 2004 lucky old Grandpa Joe became the target of internet rage when his villainous nature was exposed.  The blog Say No To Grandpa Joe started it all, and was created “To reveal once and for all the truth about the only real villain in the movie”- Grandpa Joe. They cite his attitude towards women, his tobacco money stash and the fact that he stayed in bed and let someone else do all the work, until the chance to have fun arrived, as reasons to hate old man Joe.

In 2010 a Facebook community called The I Hate Grandpa Joe From Willy Wonka And The Chocolate Factory was created to keep the hate alive, and a few months ago they posted this vile mashup pic, proving Grandpa Joe is the villain after all: 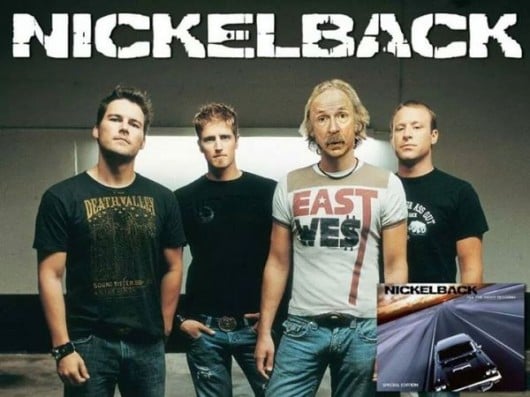 I woke up to a text message this morning saying, “Why aren’t you liveblogging the Oscar nominations?” Truthfully, I had zero idea that was today (bad movie journalist!), but I don’t liveblog anything but the… 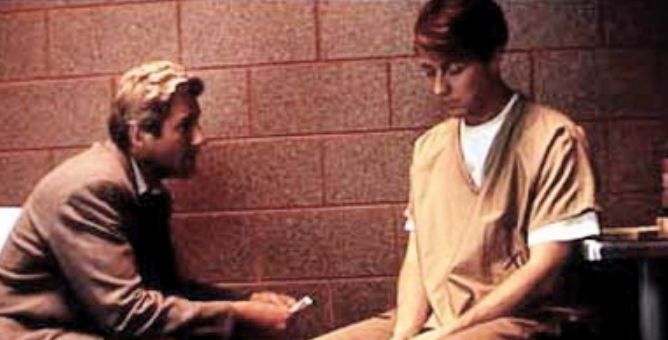 I’m as big a fan of movies with twist endings as anyone else.  However, I think there’s something to be said about a quality movie with a twist ending and then movies that just put…

httpv://www.youtube.com/watch?v=CjO7kBqTFqo Not since The Professional have we seen a little girl trained as an assassin, but there’s no odd Natalie Portman pedophilia vibes here, it’s just a 14 year-old girl kicking a whole lot of…

Dredd remains “the best bad idea” I saw all last year. Who would have thought that a reboot of Judge Dredd would actually be pretty damn awesome, and one of the best action movies of…

Everybody knows that in certain places of the world, one is able to mine for precious materials like gold, silver, diamonds and a few others.  And while these materials are coveted by most consumers, they…

The further we get into Fall the more I’m starting to miss Summer.   And I know tons of sites out there are posting tons of pictures of hot chicks in bikinis and all.  I’d like…